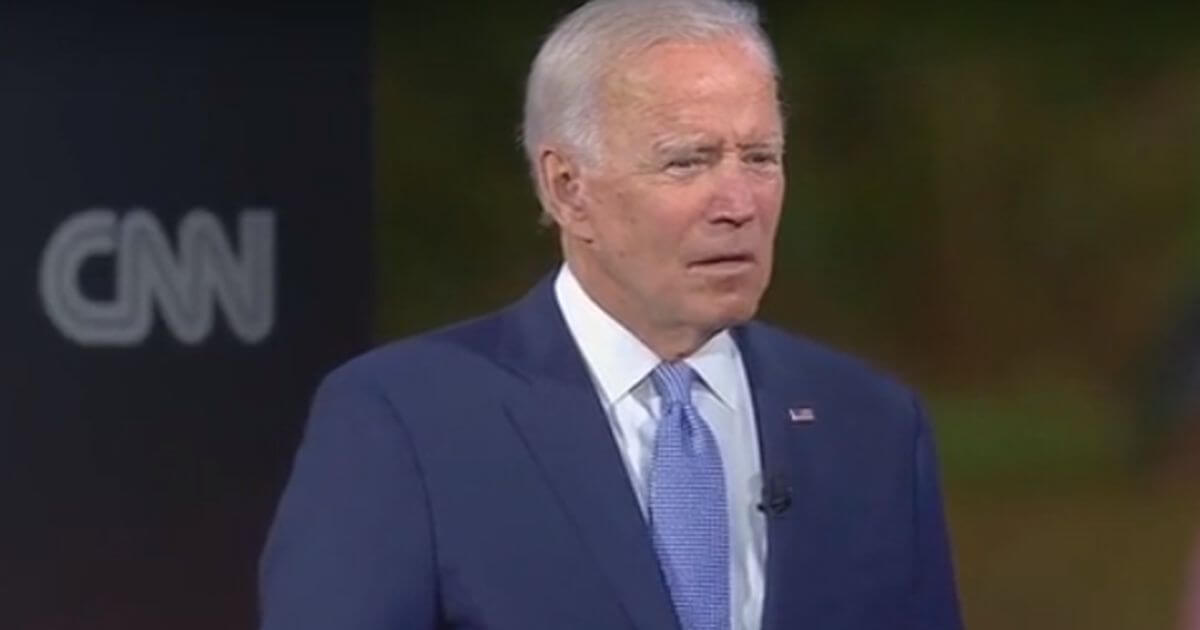 While President Joe Biden discussed the status of his dog in an interview with ABC’s George Stephanopoulos, CBS News reported Wednesday that over 13,000 unaccompanied minor migrants are in federal custody.

The outlet reported that these children are “being held an average of 120 hours in Border Patrol facilities,” according to unidentified sources. The legal limit that Border Patrol is allowed to detain unaccompanied minors is 72 hours.

With federal border facilities at 729 percent capacity as the administration doubles down on its attempt to cram as many children into camps as possible, the border crisis is blatantly obvious to seemingly everyone except for the administration developing it.

This unprecedented statistic is, in part, being helped by the secretary of the Department of Homeland Security, Alejandro Mayorkas. Mayorkas stated in a Tuesday news release that the DHS is “not expelling unaccompanied children.”

There is understandably a great deal of attention currently focused on the southwest border. I want to share the facts, the work that @DHSgov and our partners are doing, and our plan of action going forward: https://t.co/sfa5nIGrP3.

“We are securing our border, executing the Centers for Disease Control and Prevention’s (CDC) public health authority to safeguard the American public and the migrants themselves, and protecting the children,” the secretary continued. “We have more work to do.”

The only correct part of that statement was in Mayorkas’ admittance that more work needs to be done. The DHS and the Biden administration as a whole have not secured the border, and in fact, have only made it less secure.

Biden’s executive order on Jan. 20 to halt the construction of the southern border wall system left miles-wide holes in the border, allowing illegal immigrants to flood into border communities and use all-weather access roads as black market highways, while local law enforcement and border agents are unable to stop the deluge due to a lack of resources.

The parties have also not safeguarded the American public, especially regarding COVID-19. As recently as two weeks ago, over 100 illegal immigrants were released into Brownsville, Texas, and later tested positive for the coronavirus. The DHS isn’t under any federal mandate to test the immigrants it apprehends for COVID-19 before releasing them into border communities, putting Americans along the southern border at great risk of contracting new coronavirus variants.

In short, the DHS is not working like Mayorkas says it is to contain the crisis, or “challenge,” as the secretary has called it.

To his credit, Biden did (finally) outright say in his interview with Stephanopoulos that immigrants should not come to the southern border.

When asked if he needed to tell immigrants as much, Biden replied, “I can say quite clearly, don’t come.”

Former President Donald Trump tore into the current administration’s handling of the border crisis, telling Fox News’ Maria Bartiromo that America cannot handle what is happening at the border.

“Young children are coming in, and they leave their homes,” the former president said, “because they think it’s going to be so wonderful, and frankly, our country can’t handle it.

U.S. Customs and Border Protection statistics show that there were over 100,000 apprehensions at the border in the month of February alone, resulting in the Biden DHS propping up multiple new processing facilities which Mayorkas discussed in the DHS news release.

Trump told Bartiromo in his interview, “It’s going to get much worse.”

The former president is right. With an administration refusing to call the current crisis on the southern border exactly that, while border communities are left exposed and border patrol agents removed from the frontlines, Biden’s simple messages to immigrants wearing T-shirts bearing his own name are not going to stop the crisis.

The president needs to take action, and he needs to do so as soon as possible.