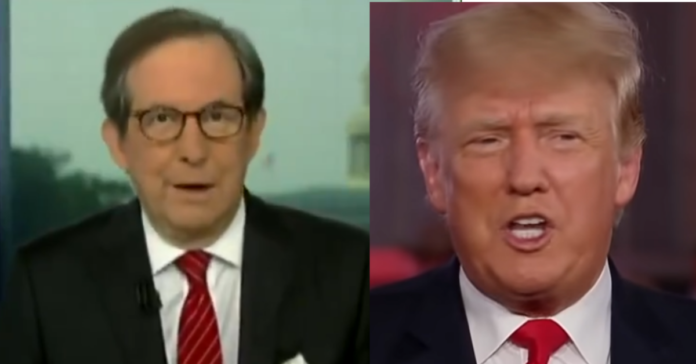 Fox News has lost a staggering 39% of its audience since last year but the news is even worse for CNN and MSNBC who lost even more. But the news wasn’t all bad as Fox still dominates the ratings and was the most watched cable network in the reporting period.

Fox News has a complicated relationship with former President Donald Trump and his base of supporters. Many will never go back to Fox after multiple inexplicable decisions from the station’s brass led them to turn on Newsmax and OANN.

From Adweek: Fox News’ year-over-year losses were sharper. The network shed -39% of its average total audience, -44% in the prime time demo, 39% in total day viewers and -44% in the total day demo.

Fox News anchor Chris Wallace observed Sunday that he seems to be much on the mind of former President Donald Trump.

Chuckling, Wallace said: “For a landlord, I’m very grateful that I’m allowed to occupy so much space in Donald Trump’s brain rent-free. I’m not talking about him, but yet, he still wants to talk about the Sept. 29, 2020, debate.”

Asked who was at fault, Wallace pointed out that Trump interrupted Biden “145 times in 90 minutes.”

“I think that’s a world record,” he joked.

‘Isn’t That The Exact Opposite Of Follow The Science?’: Chris Wallace Presses NIH Director On Biden’s Rush To Secure COVID-19 Boosters

WATCH: Media Ignores As Protest Breakout Around The World