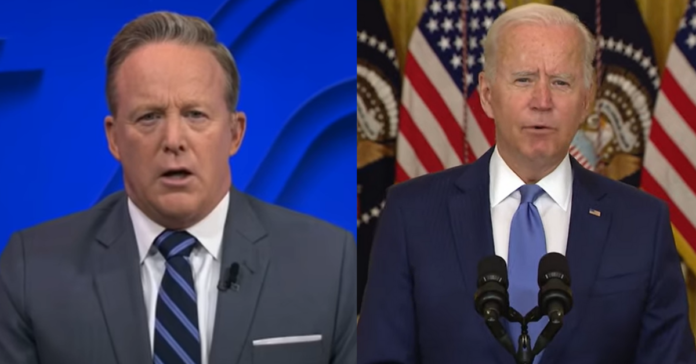 The lawsuit claims that the White House does not authority over the boards because the law clearly states that members leave only when their three-year term is up or they resign. America First Legal filed the lawsuit.

“For a president who has pledged to unify the country, terminating two highly qualified individuals from serving on this board instead of focusing on the botched withdrawal from Afghanistan that left Americans stranded, is clearly an attempt to distract the American people.

“The administration is clearly trying to avoid the oversight that Congress set out to achieve.

“President Biden’s threatened dismissal of them from the purely advisory Board of Visitors — an entity that exercises no executive power whatsoever — violates the law.

“Our clients have every right to serve every single day remaining in their terms.

“But even if the Biden administration prevails in its arguments, President Biden has perhaps unwittingly created a precedent that will be followed by all future administrations,” he said.

Spicer is a captain in the U.S. Naval Reserves. He had only three months left to serve on Naval Academy board.

Vought was a more recent appointee by Trump but no matter what you say about Spicer, removing him with three months left, especially considering the board hadn’t met in a long time due to Covid and may not have met again, is just beneath the dignity of the White House.

Watch: AOC Has Meltdown On House Floor, Cries Like A Baby After Not Getting Her Way

Watch: Al Sharpton Gets Thrown Out Of His Own Border Press Conference, ‘Nobody Wants You Here!’