Dan Bongino On Violence In Dem Cities: “It’s the most tragic story of our time, it really is, you’re going to see just more carnage” 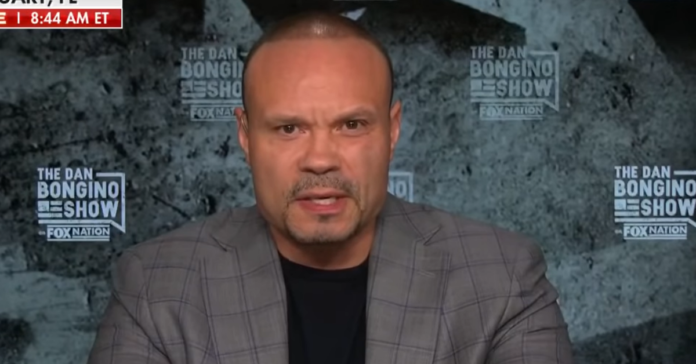 “New York city reeling from another violent weekend. An oncology nurse is dead after being knocked to the ground by apparently a homeless mugger many times square.

“The New York Post’ in their op-ed page blaming city leaders for her death and demanding an into their soft on crime policies saying, “Enough. Every day of their added delay ups the odds of another tragedy.

“Times square murder. The problem is, there are 12,000 mentally ill homeless people on the streets of New York City, and this apparently was one of them,” Doocy said.

Dan said: “What’s so disturbing about this dangerous climate for police officers and obviously citizens, in general, is that the left knows what works, Steve. That’s what troubles me so much.

“It’s, like, how are they so bad at this when it comes to anything, the economy, public safety?

“And the answer is, they aren’t. They’re not stupid. They’re doing this deliberately.

“I mean, I lived through the rejuvenation of New York City.

“They know what works, broken windows style policing, the enforcement of the law.

“And they’re not doing it which begs the tragic, disturbing question, why?

“Is this on purpose? These aren’t stupid people.

“The radical left loves chaos. The only way to get people to forfeit their civil liberties is to get them scared.

“But the smaller reason why they do these things and they don’t treat homeless people and allow criminality to run wild is because of the first reason.

“The radical left loves it.

“And you don’t have with any kind of guts, de Blasio or other liberal mayors and governors around the country willing to stand up and say, no, my responsibility is to take care of my citizens first.

“They are just not doing it Steve.

“You’re going to see just more death and carnage as these body bags pile up. And it’s the most tragic story of our time, it really is.”

For Too Long, We've Allowed Liberals to Indoctrinate Our Children With Comic Book Characters...Mike Lindell's "My Pillow" Has The Perfect Solution...And It's 50% Off!