Select Committee To Refer Steve Bannon For Criminal Contempt: “We must move forward with proceedings to refer Mr. Bannon for criminal contempt” 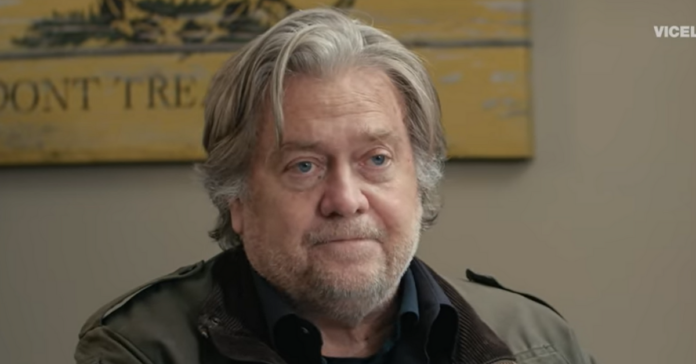 Chairman Bennie G. Thompson said: “Mr. Bannon has declined to cooperate with the Select Committee and is instead hiding behind the former President’s insufficient, blanket, and vague statements regarding privileges he has purported to invoke.

“We reject his position entirely. The Select Committee will not tolerate defiance of our subpoenas, so we must move forward with proceedings to refer Mr. Bannon for criminal contempt. I’ve notified the Select Committee that we will convene for a business meeting Tuesday evening to vote on adopting a contempt report.

“All witnesses are required to provide the information they possess so the Committee can get to the facts.

“We’re grateful to the many individuals who are voluntarily participating and to witnesses who are complying with subpoenas, including several who met the deadline to begin producing materials to the Select Committee.

“We’re moving ahead quickly to get answers for the American people about what happened on January 6th and help secure the future of American democracy.”

The Committee released a statement that said:

“Any person who willfully refuses to provide testimony or documents subpoenaed by Congress, including committees of the House, is potentially liable for contempt of Congress under 2 U.S.C. §§ 192, 194. Contempt of Congress is a crime that may result in a fine and between one and twelve months imprisonment.

“Contempt of Congress begins with a “formal action” by the Select Committee, i.e., a business meeting at which a contempt report is adopted.

“If a witness fails to appear, produce documents, or refuses to answer any question “pertinent to the question under inquiry,” the Select Committee then writes a report documenting the inquiry, the attempts to accommodate the witness’s production or testimony, and the failure by the witness to appear, produce, or answer a pertinent question.

“The report also contains the text of the resolution recommending the full House hold the witness in contempt.

“After the Select Committee has adopted a contempt report, it is referred to the House for a vote and, upon its adoption, the Speaker certifies the report to the United States Attorney for the District of Columbia. Under 2 U.S.C. § 194, following such certification it is the “duty” of the United States Attorney to “bring the matter before the grand jury for its action.,” the statement said.

“I got sick and I never quite recovered from it...I was fine up until I took the vaccine, I was fine” [VIDEO]

Senate to vote on horrible elections bill next week, but will it pass?