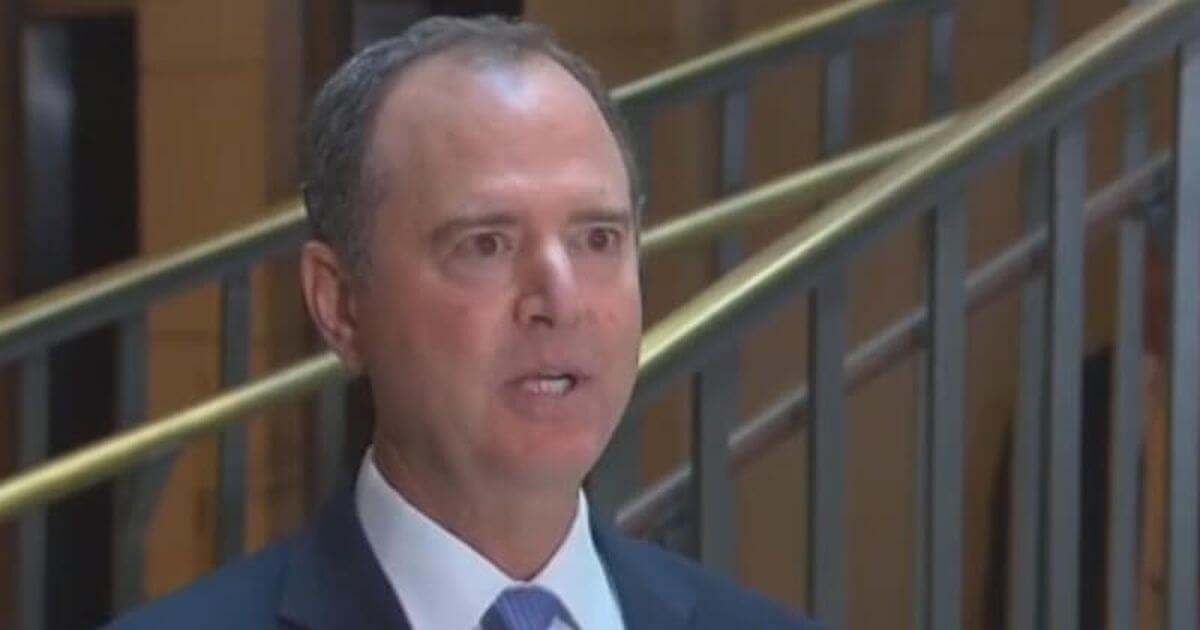 Former Democratic Rep. Tulsi Gabbard of Hawaii warned that people such as California Rep. Adam Schiff, former CIA Director John Brennan and Big Tech executives who are “trying to undermine” Americans’ constitutional rights are much more dangerous than the people who stormed the Capitol three weeks ago.

“The mob that stormed the Capitol on January 6 to try to stop Congress from carrying out its constitutional responsibilities were behaving like domestic enemies of our country,” she said in a tweet Tuesday.

“But let’s be clear, the John Brennans, Adam Schiffs and the oligarchs in big tech who are trying to undermine our constitutionally-protected rights and turn our country into a police state with KGB-style surveillance are also domestic enemies — and much more powerful, and therefore dangerous, than the mob that stormed the Capitol.”

The mob who stormed the capitol to try to stop Congress from carrying out its constitutional responsibilities were behaving like domestic enemies of our country. But let us be clear, the John Brennan’s, Adam Schiffs and the oligarchs in Big Tech who are… pic.twitter.com/Q3VssCiz5l

Gabbard shared a clip of Brennan on MSNBC discussing the Biden administration’s response to what he described as domestic terrorism.

He told MSNBC host Nicolle Wallace that there has been a “growth in polarization in the United States and domestic violence and white supremacist groups.”

“I know looking forward that the members of the Biden team who have been nominated or have been appointed, are now moving in laser-like fashion to try to uncover as much as they can about what looks very similar to insurgency movements that we’ve seen overseas,” said Brennan, a fierce critic of former President Donald Trump.

According to the former CIA director, the “insurgency” brings together “religious extremists, authoritarians, fascists, bigots, racists, nativists, even libertarians.”

The Confronting the Threat of Domestic Terrorism Act would cover terrorist acts not linked to foreign organizations and provide tools to investigators responding to such threats.

“When violence fueled by homegrown, hateful ideology poses a more immediate threat to the safety and security of Americans on American soil than an international terrorist organization, it’s time for our laws to catch up,” Schiff said in a statement outlining the contents of the bill.

“The bill is also narrowly tailored to violent terrorist acts, and includes a variety of civil liberties protections to ensure against its misuse.”

Sen. Dick Durbin proposed a similar bill to establish offices in the Justice Department, FBI and Department of Homeland Security that would “analyze and monitor domestic terrorist activity.”

In addition to fears that such legislation would enable the government to spy on Americans based on their political views, free speech advocates expressed concern that those efforts would be used to criminalize political rallies and silence dissent.

DEVELOPING: Democrats in both the House and Senate are planning to draft legislation to classify MAGA rallies as “domestic terrorist activity” and require the FBI, DOJ & DHS to take steps to prevent such “domestic terrorism.” Sen. Durbin is leading effort along with Rep Schneider

Journalist Glenn Greenwald spoke out against Schiff’s bill during an appearance Monday on Hill.TV’s “Rising.”

“What this law does that Adam Schiff proposed is to simply take the existing war on terror law that is devoted to foreign terrorist groups, and just amend it to say, ‘and domestic terror groups as well,’ which means criminalizing all kinds of protests, associational and even speech activities,” Greenwald said.

While some Democrats have pushed domestic terrorism legislation following the incursion of the Capitol on Jan. 6, Big Tech companies responded with widespread bans of those who questioned the integrity of the November presidential election, including Trump himself.

The free speech-friendly social media platform Parler, favored by many on the right, was removed from the Google and Apple stores, and Amazon booted Parler from its web-hosting service.

Gabbard called on President Joe Biden and lawmakers to reject any measures that would infringe on Americans’ constitutional rights.

“President Biden, I call upon you and all members of Congress from both parties, to denounce these efforts by the likes of Brennan and others to take away our civil liberties that are endowed to us by our creator and guaranteed in our Constitution,” she said.

“If you don’t stand up to these people now, then our country will be in great peril.”

Readers concerned about continued access to truth-based journalism and commentary in this era of Big Tech censorship — and who isn’t? — are encouraged not only to sign up for The Western Journal’s email newsletters here, but also to support The Western Journal by becoming a subscriber here. We also strongly recommend downloading the Superfeed app here. And finally, The Western Journal can be found, at least for now, on Gab and MeWe.

They Want to 'Punish' Trump Like a 'Bunch of Third-Graders'