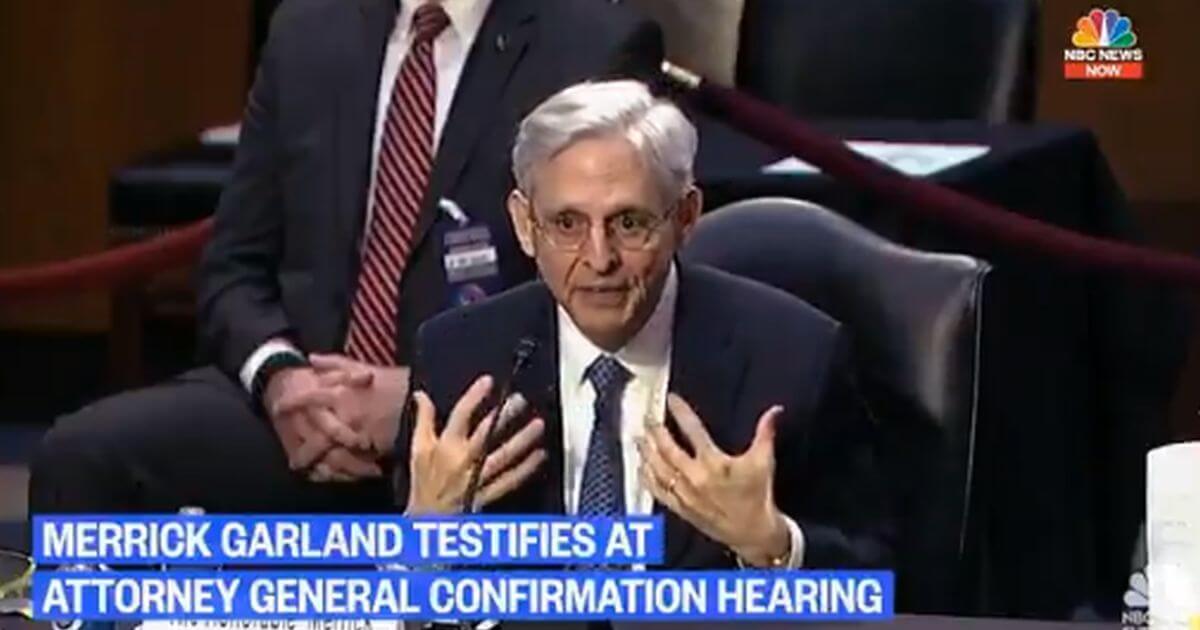 Joe Biden’s nominee for U.S. attorney general, Merrick Garland, had a fascinating exchange with Senator Josh Hawley (R-MO) on the first day of his confirmation hearing Monday. Garland’s ideas of what is illegal and what is domestic terrorism are confusing, to say the least.

Garland essentially said that the attacks on federal courthouses in Portland and Seattle may not be acts of domestic terrorism because the attacks happened at night when court is closed.

Hawley’s question was in reference to far-left rioters repeated attacks on the Mark O. Hatfield U.S. Courthouse in downtown Portland over last summer.

“Well, senator, my own definition, which is about the same as the statutory definition is the use of violence or threats of violence in attempt to disrupt democratic processes,” Garland responded. “So an attack on a courthouse while in operation, trying to prevent judges from actually deciding cases that plainly is, um, domestic extremism, um domestic terrorism.”

“An attack simply on government property at night or any other kind of circumstances is a clear crime and a serious one and should be punished,” Garland responded. “I don’t mean, I don’t know enough about the facts of the example you’re talking about, but that’s where I draw the line when it one is, both are criminal, but one is a core attack on our democratic institutions.”

The point of clarification is disturbing to say the least. If the attacks were during the day then according to Garland the rioters would be committing acts of domestic terrorism but because it was at night then it doesn’t count?

Sen. Hawley also asked Garland about the criminality of illegally crossing into the United States.

“Do you believe that illegal entry at America’s border should remain a crime,” Hawley asked Garland.

“I just haven’t thought about that question,” Garland replied. “I don’t know of a proposal to decriminalize but still make it unlawful to enter.”

HAWLEY: “Do you believe that illegal entry at America’s border should remain a crime?”

GARLAND: “I just haven’t thought about that question… I don’t know of a proposal to decriminalize but still make it unlawful to enter.” pic.twitter.com/RDSRsdCabu

The question seems obvious. If the entry is “illegal” then it is criminal or am I missing something?

It never ceases to amaze the spin Dems take on their pet issues. In this case it is clear Garland is a supporter of Biden’s disastrous immigration plan and the double-standard insanity of excusing Antifa riots that plagued American cities all last summer versus prosecuting to the full extent of the law the one-time small group of rioters that entered the Capitol on January 6.

There is no excuse for the latter but isn’t it incredible the effort to bring to justice those that invaded the “home”, the “business” of the lawmakers versus the thousands of homes and businesses that were forced to close over months of violent rioting.

Backpedals on School Renaming Plan in Wake of Recall Threat