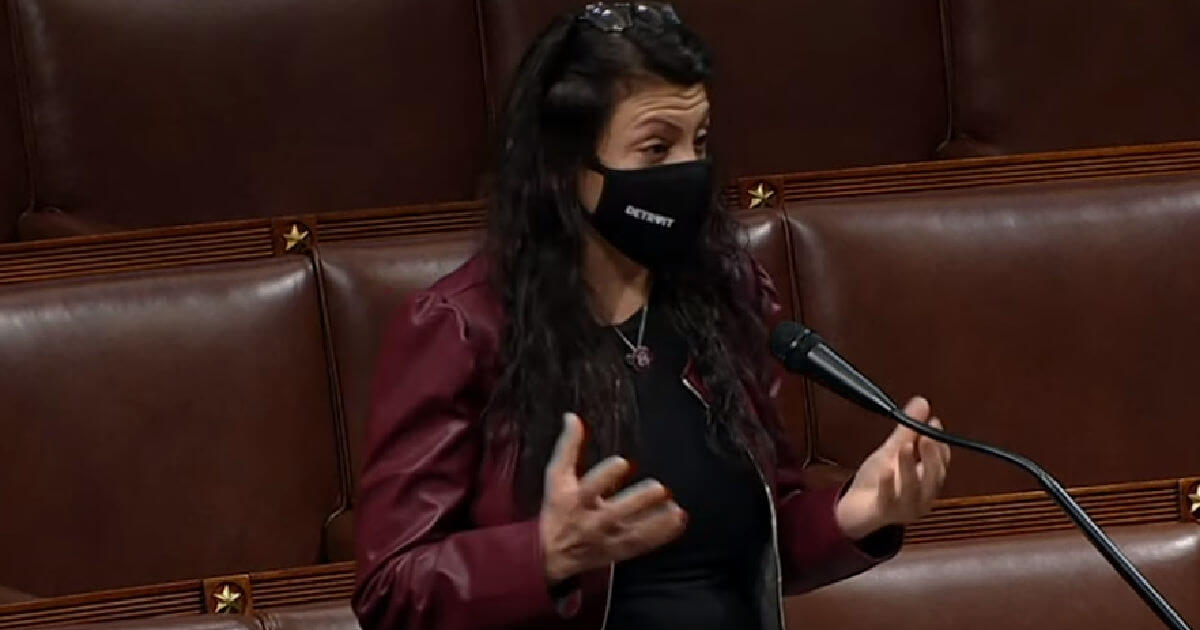 #AlexandriaOcasioSmollett was trending on Twitter this week as users mocked Rep. Alexandria Ocasio-Cortez for her BLATANT lie that she lived through a harrowing experience during the Capitol riots on January 6th.

Records produced throughout the week showed the Representative was safely tucked away in offices drinking coffee with her Democrat colleagues. And, while the breach was actively taking place, Rep. AOC was safely tucked in her office that isn’t located anywhere near the Capitol building.

Maps cut through the rhetoric

Hilariously, AOC didn’t take the very public airing of her lies very well and instructed her fanbase to attack anyone claiming that she lied. AOC reportedly sent an email instructing her followers to “report” on Twitter or Facebook any comments, retweets, or accounts that push the narrative that she is lying to the American people about ever being in harm’s way.

BREAKING: AOC just emailed her followers to mass-report everyone who tweeted #AlexandriaOcasioSmollet today so Twitter and Facebook will take down any posts criticizing or fact-checking her pic.twitter.com/iTsAAUWplt

It says: “1. Scan your social media to find posts with this misleading information, especially those using the trending hashtag. Don’t tweet any hashtags yourself, because we don’t want to spread them further! 2. Identify any posts that are threatening and use the built-in tools for reporting posts and tweets that break the rules.”

She wants her followers to use social media to silence those pointing out that her story – which sounds like it should be made into a Michael Bay film – unravels the moment you consider that the facts do not support her wild claims. She lies because the media class gives Democrats a free pass.

All of this drama brought us a moment now in the chronicles of our nation’s history where Rep. Tlaib cried on the floor of Congress because she was in the Capitol building at the time of the riots and was scared for her life…

Rep. Tlaib cried on the floor of Congress because she was NOT …NOT in the Capitol building at the time of the riots and at no time had a real threat to her life.

Rep. Tlaib in tears because she wasn’t in the Capitol during the protests. pic.twitter.com/ZollRwB7Yk

In a Congressional emotional merry-go-round directed by Rep. AOC with permission from Speaker Pelosi, Democrat members had one hour on the floor to tearfully and emotionally speak about their fearful day defending Democracy. Could you imagine what Susan B. Anthony must be thinking as she looks at these idiot women in Congress?

Truly, think about it. She was degraded and imprisoned for their right to vote, which eventually lead to Rep. Tlaib faking emotion for voters on the house floor looking weak. One would wonder if, given a chance, would she have fought so hard for women’s voting rights if she knew this is how our sex would use it.

And it probably would have worked except for one issue, AOC got caught LYING about her experience on January 6th.

Rep. Tlaib said tearfully and with one of AOC’s hands placed in the optimal picture position, “All I could do is thank Allah that I wasn’t there. The trauma from just being here, existing as a Muslim, it is so hard.”

How hard is it truly? She is a sitting U.S. Representative from Michigan, right? The American people that Rep. Tlaib says hate her and want her dead VOTED HER INTO OFFICE. That is why she was allowed to speak on the floor during arguably the dumbest moment in the U.S. House of Representatives’ history.

These women give women a bad name. These women don’t make me happy or excited for my future as a female in America. Do you see a real conservative woman standing up crying like an idiot over something that didn’t affect them in the slightest? No, you don’t because we aren’t losers searching for our next victim label.

Maybe I should run for Congress. I wouldn’t always say the right thing, but I can promise you that I will never fake cry on the floor of the House.

Employees Sue Whole Foods For Its Policy Against Wearing BLM Masks, Judge Tosses It Out