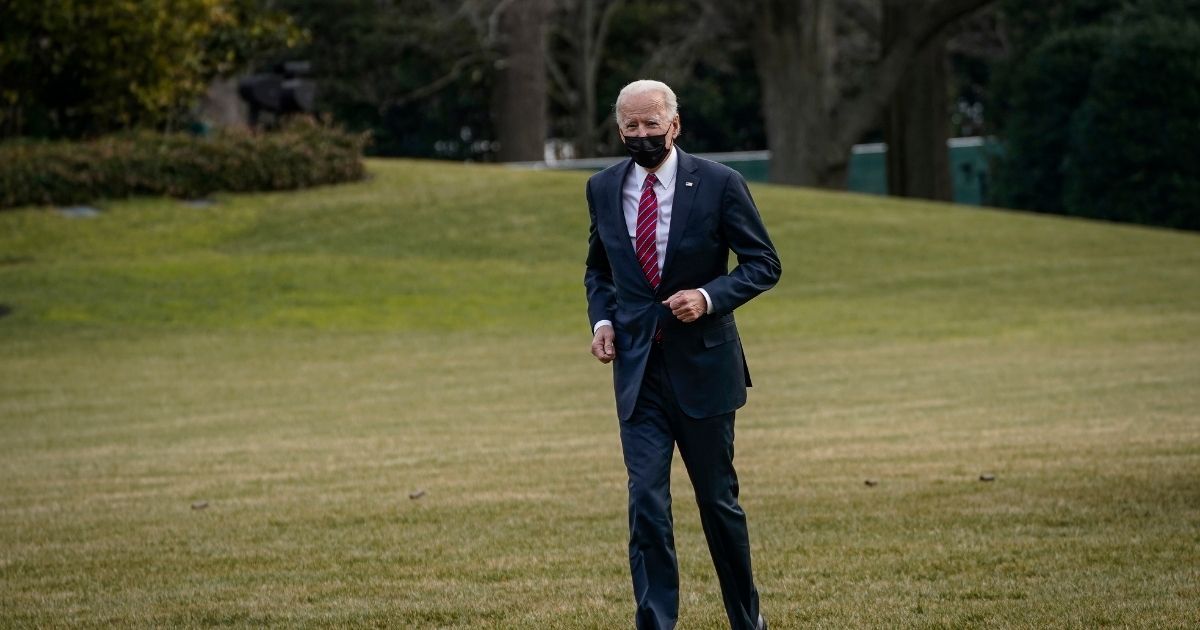 Everyone who has kept up with the news knows COVID-19 is more deadly to the sick and the elderly.

And in terms of populations, there is no more at-risk group in the United States than old people with pre-existing conditions.

Nevertheless, the Biden administration has tried to make this a race issue.

Equity is central to our COVID-19 response. And, our administration will ensure that vaccinations are distributed equitably and to hard-to-reach, marginalized and medically-underserved communities.

Equity, or equality of outcomes, a Marxist ideal, has quickly become a central component of the new administration’s COVID response.

Lamenting that minorities are more at risk to COVID, many on the left, including people in the Biden administration, have argued that our COVID plan needs to be tailored toward helping American minorities rather than simply helping the older, more at-risk population.

Yes, there is a higher rate of black Americans dying from the disease as compared to white Americans.

For example, 16.2 percent of COVID-19 deaths in the United States have been of African-Americans, and 59.9 percent have been non-Hispanic whites, according to an analysis from Statista as of Jan. 13.

However, 13.4 percent of the population is black and 60.1 percent is white, according to the U.S. Census Bureau.

But when compared to the number of fatalities of elderly Americans from COVID, the figure for blacks is lower.

Thirty-nine percent of all COVID deaths comprised nursing home residents and staff members, according to a Covid Tracking Project report via NBC News in early December, while as many as 95 percent of all Americans killed by COVID have been 50 or older, AARP reported in late October.

There are several factors other than race as to why African-Americans are affected more, and focusing on race with the vaccine distribution is simply clever sloganeering that won’t save lives.

Kmele Foster, a prominent libertarian and host of The Fifth Column podcast, brilliantly explained as much during an appearance on Real Time with Bill Maher.

“The focus on equity — racial equity — and a focus disproportionately on outcomes is something that is rather new but seems to have taken the country by storm,” Foster said.

Than, when quested with providing a practical example, Foster shifted to the coronavirus.

“COVID, which we were just talking about a moment ago. We know that the most vulnerable population when it comes to COVID are older people; if I take people over the age of 55, that’s 80 percent of the deaths. There have been actual conversations about prioritizing people on the basis of their race, because COVID is said to disproportionately impact black people relative to white people,” Foster explained. “It is a ridiculous proposition.

Establishment media journalist Peter Hamby, who also was on the program, played a sort-of devil’s advocate to Foster, pushing back on his claims by parroting the Biden administration’s talking points.

“If you can separate race from economic insecurity, sure. Right? Hispanics are hospitalized at three to four times the rate of white people for a variety of reasons. They’re essential workers, they’re riding the bus,” Hamby pointed out.

Then Foster explained the fundamental problem with that line of thinking — “You can’t un-Hispanic them.”

“If that’s the case, the policy you’re tailoring is for people in urban centers, not Latinos.”

“This is a confusion of categories that is actually distracting us from forging good policy. What you get is great soundbites; you don’t actually fix problems.”

However, if we pool resources specifically toward helping those communities with the aim of “equity” rather than focusing on saving individuals within the most high-risk community — the elderly and those with serious pre-existing health conditions — we are prioritizing skin color over human lives.