Ben Carson Punches Back at the Book Burners With a Hilarious Poem, ‘I Do Not Like to Cancel Books’

Watch as Dr. Ben Carson punches back at the leftist book burners with a poem that is hilarious but also makes an excellent point:

MACCALLUM: “Oh, the places Dr. Seuss will go, or maybe won’t go after cancel culture takes a big bite out of his legacy. Online retailer eBay is now telling the Wall Street Journal that they are currently removing the six books that were pulled by the Dr. Seuss Enterprises to prevent future resale.

Children’s books are now dominating Amazon’s bestseller list. Flying up the list, nine of the top ten are all by Dr. Seuss, so you see how that works.

Joining me now is Dr. Ben Carson, the former secretary of Housing and Urban Development, and founder and chairman of the American Cornerstone Institute. Dr. Carson, I understand you want to express your feelings on this in poetry and I invite you to do so with your poem that you wrote about this now.”

I do not like it in the store, I do not want it anymore.

I do think it’s time past, no longer to have thought a crime.

I do hope one day to see across my country ’tis of thee, books used to read and learn instead of set ablaze to burn.

Our heritage for all to share, little patriots everywhere.

Our nation’s story rich and vast, our true history taught in class.

A special place for all to be, a place known for its liberty.

Those are the kinds of things that Dr. Seuss did. He encouraged people. He made people believe that everybody was equal. You know, we — it’s appropriate that we’re talking about children’s books. Because as a society, we’re acting like children.

Like a child who is in charge who doesn’t like peas. So he says let’s ban peas, anybody eating peas or growing peas shall be killed. That’s childish thinking. That’s what we’re doing right now and it’s absolutely absurd. And I think the rest of the world is having a good belly laugh.

It’s time for us to mature to grow up to recognize, you know, America was the beacon of liberty. It was the place where people came so that they could express themselves, so they could believe what they wanted to believe so they could have religious freedoms.

It was a place where we believed that our liberties and freedoms came from God, and not from government. You know, the socialists believe that everything comes from government. 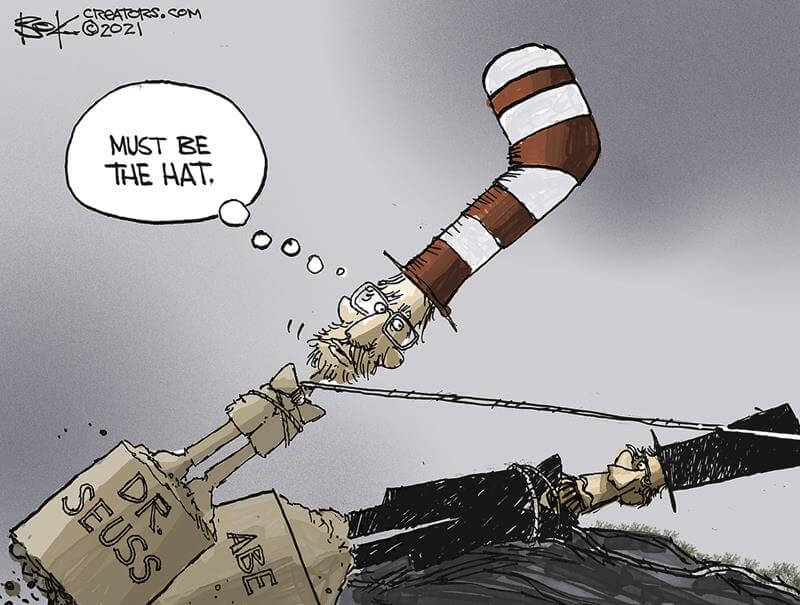 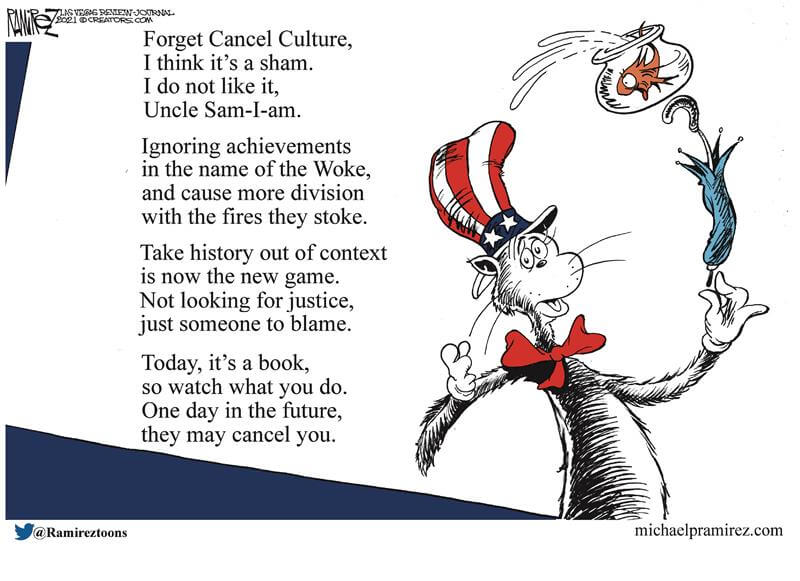 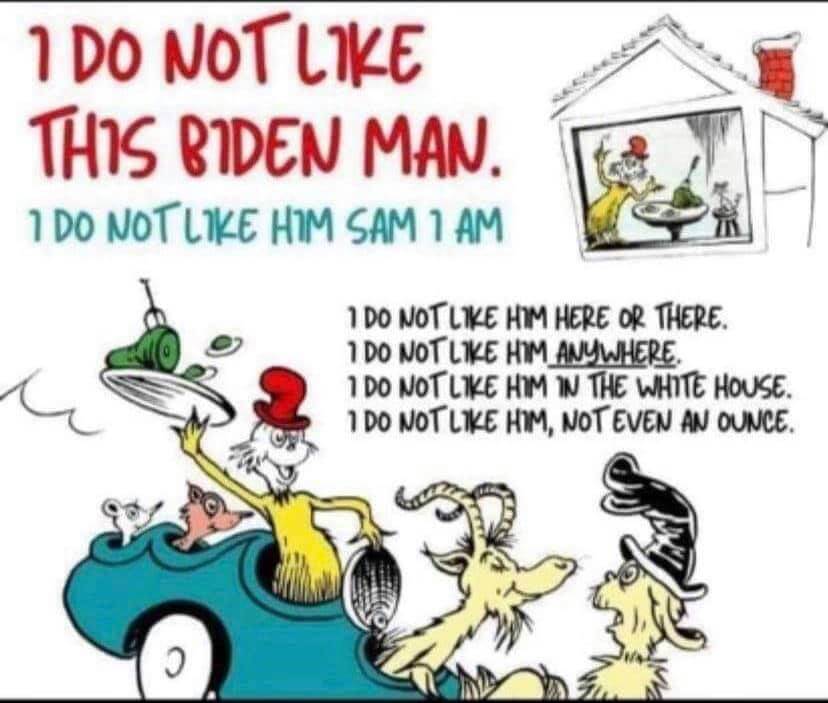 Biden Is Treated Like A Child...Pelosi Says Her Grandchildren Are "Longtime Friends Of Joe Biden" And They Don't Say "Open Sesame," They Say "Open Biden"