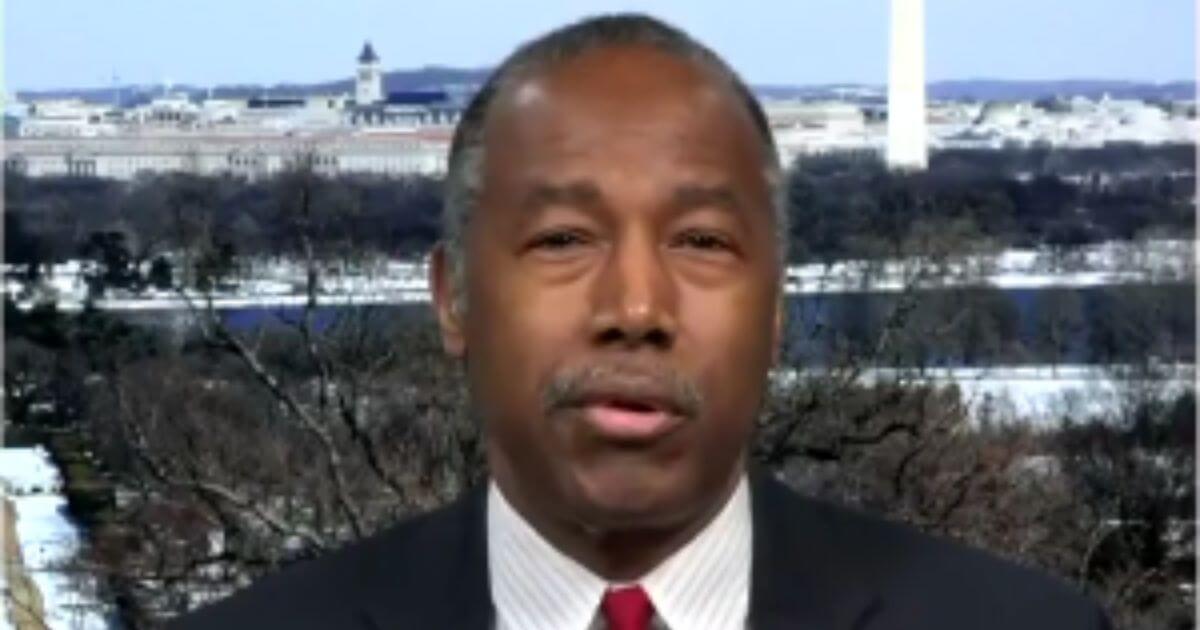 And he believes in Donald Trump.

In a recent interview with the Washington Examiner, Carson – one of only four Cabinet secretaries to have held his post for the entirety of Trump’s presidency – discussed his former boss’ impeachment, social media deplatforming and political future.

The former secretary of Housing and Urban Development explained that the impeachment of Trump following the Jan. 6 incursion into the Capitol was a “ridiculous” and failed effort by Democrats and “swamp creature” Republicans to vanquish Trump politically “because they’re terrified” of him.

“That’s the reason that you know all this effort was put into this ridiculous impeachment. Yeah, they want to make sure that he stayed in his box and didn’t come back because they’re terrified,” he said.

“Not just Democrats are terrified, but Republicans who are swamp creatures are also afraid.”

It seems their fear is well-founded.

In the wake of the impeachment acquittal, a Gallup poll published Feb. 15 revealed that 68 percent of Republicans still want Trump to remain the party leader.

A Quinnipiac University poll published last week presented similar findings, with 75 percent of Republicans wanting Trump to remain as the leader of the Republican Party.

And, as reported in a Suffolk University/USA TODAY poll on Sunday, nearly half of Republicans say that they would abandon the party and join a new party if Trump were its leader.

Given the high degree of enthusiasm and support for Trump, his political opponents from both parties “want[ed] to make sure that he stayed in his box and didn’t come back,” Carson explained.

When asked whether Trump could mount a presidential comeback, Carson’s response was unequivocal: “Of course. Of course.”

But when asked whether Trump would seek the presidency in 2024, Carson demurred, saying the former president’s focus right now is on restoring his social media platform and on the 2022 midterm elections.

Carson stands ready to help Trump achieve these goals. He recently launched a conservative advocacy group called the American Cornerstone Institute through which he plans to challenge the tech oligarchs’ censorship of Trump and others.

Freedom of speech is the “cornerstone of who we are,” Carson said. “That’s a reason that people came to this country from all over the world — because they want to escape tyrannical governments that tried to control every aspect of their life. That’s exactly where we’re heading.”

Carson also feels that the Democrats’ victories in the recent federal elections ultimately will redound to Trump and the Republicans’ electoral advantage.

“It’s going to sound kind of strange, but in a way, it’s kind of good that the Democrats are in control because people can actually see who they are and what it is that they’re trying to do. I don’t think most people would have believed it if it hadn’t happened. It is happening, and everyone can see it. And once they get over their shot, I think resistance will begin to grow very significant.”