Biden DHS Will Not Prioritize Americans Before Illegals for Vaccine Distribution 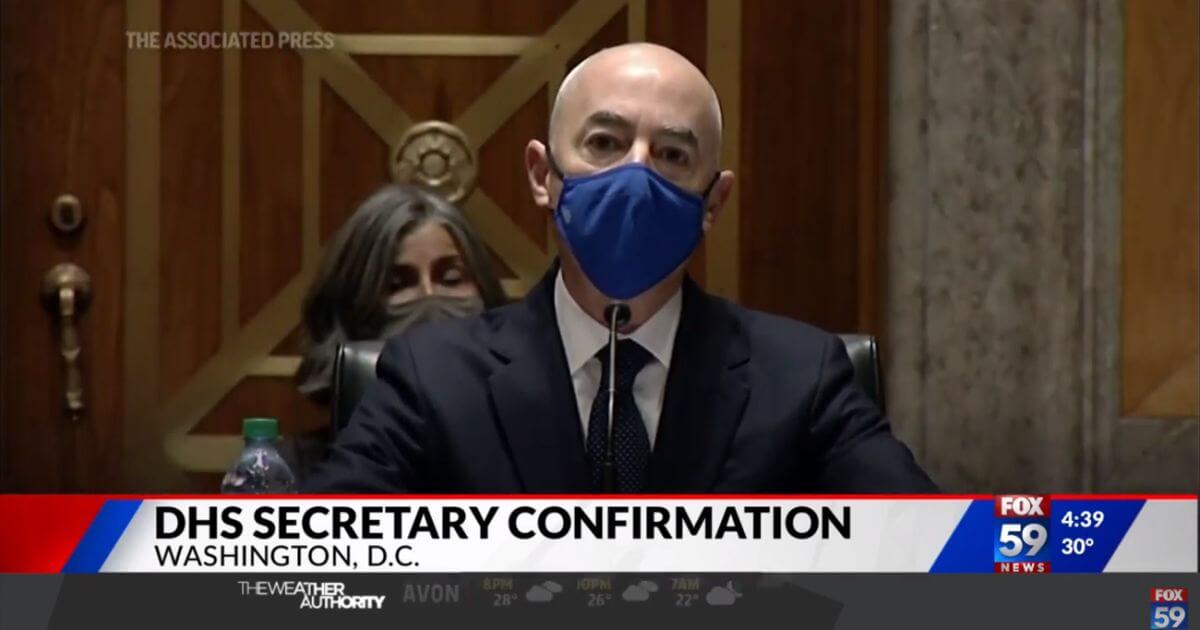 The Biden administration wants to make sure that illegal aliens have access to the coronavirus vaccine, saying it’s a “moral imperative” to safeguard the health of people who broke federal immigration laws to sneak into the country.

Keep in mind that many U.S. citizens and lawful residents are unable to get vaccinated due to some governors’ incompetent rollouts.

In a statement Monday, the Department of Homeland Security said everyone should be allowed to get vaccinated whether they’re in the United States legally or not.

“It is a moral and public health imperative to ensure that all individuals residing in the United States have access to the vaccine.”

DHS also underscored that U.S. Immigration and Customs Enforcement will not carry out enforcement actions at or near health care facilities or vaccination sites in order to enable unfettered access to vaccines for undocumented migrants.

“ICE does not and will not carry out enforcement operations at or near health care facilities, such as hospitals, doctors’ offices, accredited health clinics, and emergent or urgent care facilities, except in the most extraordinary of circumstances,” the agency said.

Some Republicans have criticized the DHS initiative, saying it prioritizes illegal aliens above U.S. citizens and lawful residents.

Last month, Nebraska’s Republican governor, Pete Ricketts, suggested that undocumented meatpacking workers in the state would not be able to get vaccinated.

“You’re supposed to be a legal resident of the country to be able to be working in those plants,” he said, according to The Washington Post. “So I do not expect that illegal immigrants will be part of the vaccine with that program.”

After race-baiting liberals attacked Ricketts over his remarks, his representative underscored that “Nebraska is going to prioritize citizens and legal residents ahead of illegal immigrants.”

Furthermore, while the federal government is expected to eventually make enough vaccine available for everyone in the country, Nebraska is going to prioritize citizens and legal residents ahead of illegal immigrants.

First, many Americans do not want to get vaccinated because they’re skeptical of the vaccine’s safety and efficacy. However, it’s understandable that some people do not want illegal aliens to be given priority over citizens and lawful residents.

That said, it makes sense to vaccinate illegal aliens because migrant caravans have been found to be a cesspool of infectious diseases.

2267 of the migrants have been treated:
60% w/ respiratory infections
3 cases of TB
4 cases of HIV-AIDS
101 cases of lice
4 cases of chickenpox & hepatitis

For those trying to blame ICE & BP for ill health in detention facilities, it’s clear they are likely ALREADY sick.

In 2018, a migrant camp in Mexico (whose marchers were en route to the U.S.) housed thousands of Central Americans who were being treated for multiple infectious diseases.

“Sickness has started setting in at a sprawling migrant camp in Tijuana, as Mayor Juan Manuel Gastelum declared a humanitarian crisis and asked for federal and international assistance for the more than 6,000 Central Americans who have poured into the region in recent weeks,” the report said.

In another migrant caravan in 2019, an HIV-positive woman said she wanted to enter the U.S. with her 6-year-old daughter so they could join her two other children who were already in the country illegally.

“I have been HIV positive for 16 years,” Claudia Sandoval told the New York Post. “It has been two years since I heard from my son [in the United States],” she said, and money was scarce.

So if people are going to be in the country illegally, they probably should be vaccinated in order to prevent them from spreading the coronavirus.

That said, a better approach to curbing viral spread would be to halt illegal immigration altogether. But that goes against the Democrats’ open-borders agenda.

Promising migrants unfettered access to the vaccine sounds like a good way to encourage more mass illegal immigration. But maybe that’s the point.