Biden Finally Admits There’s a ‘Crisis,’ Except He Wasn’t Talking About the Southern US Border 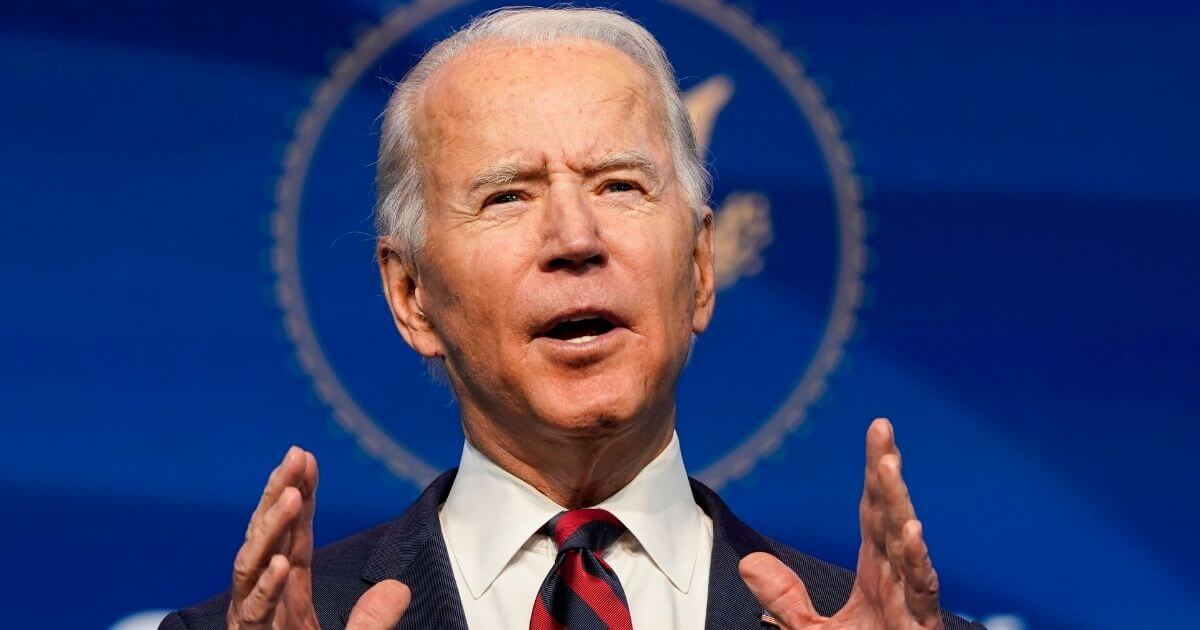 President Joe Biden and his administration are finally using the word “crisis,” except it’s not to describe the unbelievably terrible situation unfolding at the southern U.S. border.

No, they’re using it to describe this trendy new politically woke narrative of pushing the idea that there’s a “crisis” of anti-Asian violence in America, just days after a tragic shooting claimed the lives of eight people, six of which were reportedly Asian-American.

While it’s terrible what happened, the fact that additional people who were not Asian-American died and the fact that the FBI or any other law enforcement agency hasn’t labeled the shooting as one bearing the marks of a racial attack, Biden is clearly exploiting the situation to distract from the troubles facing his administration.

President Joe Biden and Vice President Kamala Harris visited Georgia on Friday to meet with Asian-American community leaders after a deadly shooting rampage in the state, shifting the focus of a trip originally planned to promote the newly enacted $1.9 trillion coronavirus relief package.

A 21-year-old man has been charged with murdering eight people, including six women of Asian descent, at three spas in and around Atlanta on Tuesday, rattling Asian Americans already grappling with a rise in hate crimes directed at them since the COVID-19 pandemic began.

Biden and Harris will meet community leaders and state lawmakers from the Asian-American and Pacific Islander community to hear concerns about the killings and discuss a rise in anti-Asian hate crimes, the White House said.

Investigators said the suspect, an Atlanta-area resident who is white, suggested that sexual frustration led him to commit violence. Political leaders and civil rights advocates have speculated the killings were motivated at least in part by rising anti-Asian sentiment.

The president and vice president changed the focus of the trip after the shootings, feeling “it was important to change the trip a little bit and offer their support and condemn the violence,” a White House official said.

Biden called on U.S. lawmakers to quickly pass a COVID-19 hate crimes bill, saying while the motive was still unknown in the Georgia killings, the nation faced an “ongoing crisis of gender-based and anti-Asian violence.”

“It’s time for Congress to codify and expand upon these actions — because every person in our nation deserves to live their lives with safety, dignity, and respect,” he said in a statement released as he headed to Georgia.

On Friday, U.S. House of Representatives Speaker Nancy Pelosi said acts of violence against the community were exacerbated by language used by the Trump administration that preceded Biden’s.

Biden stumbled as he climbed aboard Air Force One to head to Georgia. White House spokeswoman Karine Jean-Pierre told reporters he was “doing 100 percent fine.” She suggested high winds at Joint Base Andrews near Washington may have been a factor.

Biden ordered the U.S. flag flown at half-staff at the White House to honor the victims of Tuesday’s shootings.

Asian-American voters constitute one of the fastest growing racial and ethnic groups in the country and turned out in record numbers in the presidential battleground states in the 2020 election, according to data from TargetSmart, a Democratic political data firm.

What a shame that Biden has to use the situation for political optics to appease his woke base of snowflake liberals. Any Asian-American should be outraged that Biden is pandering so hard.