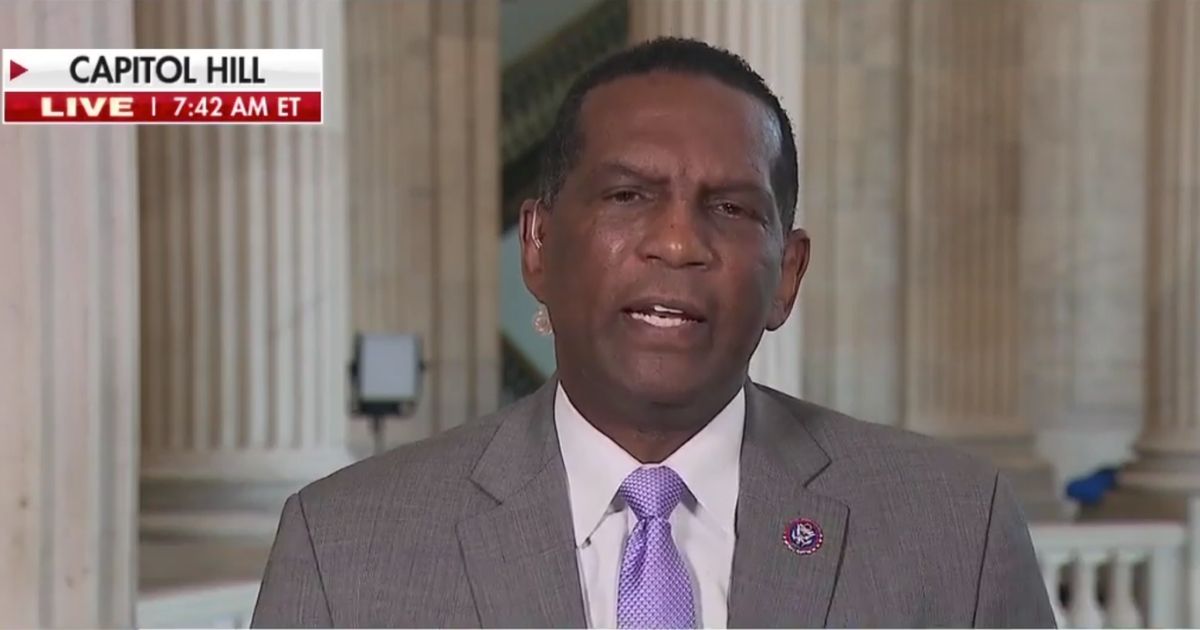 Owens told the hosts of “Fox & Friends” Wednesday that the suggestion that black Americans are incapable of procuring IDs is itself racist, as is anyone who makes this absurd suggestion, and that Democrats only make this claim for political reasons.

“The greatest threat for Democrats is American people, no matter what color, who are part of the middle class, those people who are no longer dependent on the government. They have faith, they have a vision for their family,” Owens said.

“They look for it because they understand and experience the American dream. The greatest threat. And that’s why they do not want black people to experience that, that’s why they’re tearing down and burning down businesses every single year in urban communities that are trying to reach that middle class,” he explained.

“So to say that black people cannot get an ID is an insult. We’re as smart, as tenacious, as desirous of independence as anybody else. If anyone says that, who says that’s not the truth, is again, just pure racist.”

Owens was reacting to Abrams’ virtual testimony before a Senate Judiciary Committee hearing Tuesday examining newly passed election reform laws, particularly those in Georgia, that the Democratic majority says is Jim Crow in 2021.

I’m not being dramatic; they actually called this hearing “Jim Crow 2021: The Latest Assault on the Right to Vote.”

As you can imagine, some Americans, like, for example, Owens himself, took issue with drawing the comparison between more stringent identification requirements for mail-in or absentee ballots and literally restricting Americans from public and private facilities based on the color of their skin.

Not only is the retired football star turned politician a black man himself, but he also actually witnessed Jim Crow segregation. So Owens certainly had a thing or two to say to these absurd insinuations, which were first made by none other than President Joe Biden. (Who, by the way, also worked with segregationists as a young senator but hey, who’s keeping track?)

“As someone who has actually experienced Jim Crow laws, I’d like to set the record straight,” Owens testified before the panel Tuesday, saying that “any comparison between this law and Jim Crow is absolutely outrageous.”

The committee’s ranking member, Sen. Lindsey Graham of South Carolina, zeroed in on one of the central talking points of Abrams’ and the Democrats’ argument that election reform measures like Georgia’s discriminate against black people: voter ID laws.

When pressed by Graham, Abrams affirmed that she supported voter ID laws, but that what she objected to was “restrictive voter identification laws that narrow the set of permissible materials.”

Of course, however carefully worded Abrams’ defense of her views may be, the overwhelming assumption is that black people are disproportionately impacted by election laws that have certain requirements for providing identification to vote.

Owens was absolutely right that the assumption is itself racist, as black people are just as capable of obtaining some form of identification, and the millions upon millions of black people across the United States who have jobs, phones, electric bills and cars and who attend R-rated movies prove this every day. In fact, black Americans actually overwhelmingly support voter ID laws — I’m guessing because they’re aware they’re capable of procuring IDs, too.

Because really, what kind of a person honestly thinks that black people are somehow less capable of partaking in the most basic bureaucratic requirements of adult life other than a patronizing, bigoted racist?

Meanwhile, white Democrats like Biden are more than happy to capitalize on this presumptive bigotry for the sake of political posturing because, well, we can only assume they’re racist.

The left stands to gain from the kind of election policy Georgia’s law sought to change — after all, Abrams herself still claims the 2018 gubernatorial election was stolen while she and the rest of the Democrats insist the 2020 presidential election in the state was 110 percent legitimate.

They claim voter ID laws are racist because they’ve got nothing else to say.