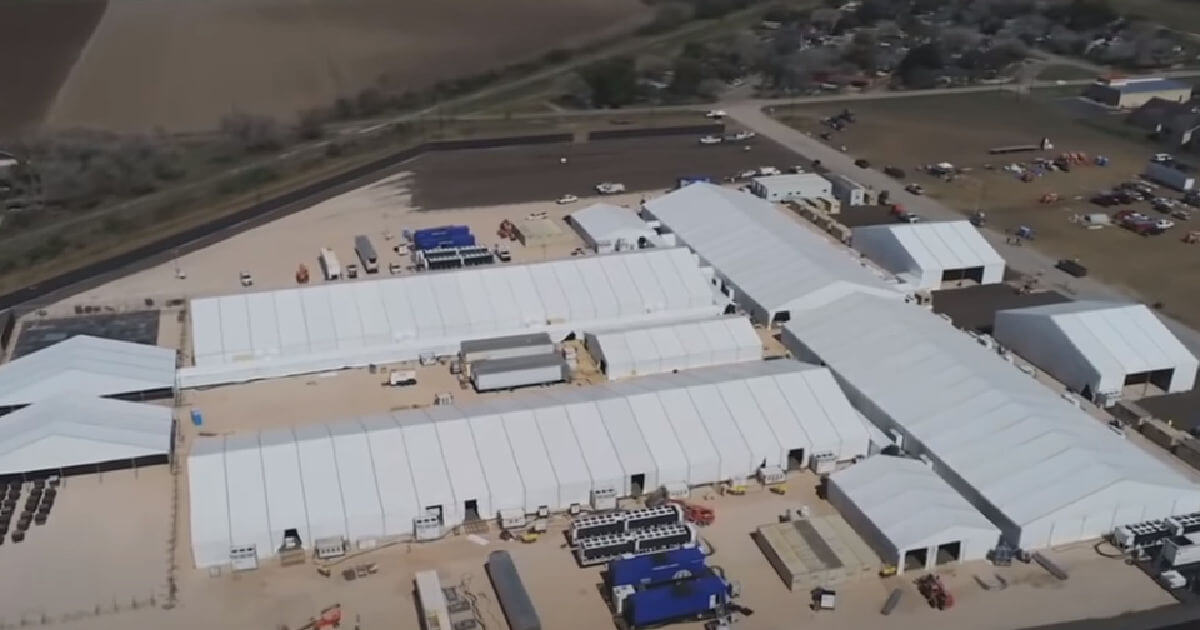 I never thought I’d see the day when mainstream media reporters return to their duties of reporting the actual news and not just the news that makes President Joe Biden and his administration look favorable to their viewers.

But here we are. It’s 2021, Biden hasn’t been in office in two months, and the immigration crisis on the southern U.S. border is so incredibly bad and out of control that the mainstream media seems to be deploying all available resources to cover what’s really happening down there.

That was evidenced on Tuesday night in a bombshell report from CBS News. Some of the network’s reporters indicated that the Biden administration is now holding a staggering 13,000 unaccompanied, illegal migrant children all along the border, according to Breitbart.

Not only is that number shockingly high, but thousands of those children are being held far beyond the federally-mandated 72-hour limit. In other words, thousands of children are actually sitting in prison-like conditions — as if they were adults — with no clear path on what happens next or when they get out, as the Biden administration seemingly has no viable solution to properly take care of them all.

Add a COVID-19 pandemic on top of the issue, and we’ve got a really bad situation unfolding.

BREAKING: CBS News has learned that there are now over 13,000 unaccompanied minors in U.S. custody.@CBSMireya is on the border tonight for the @CBSEveningNews.

Also adding to the frustration in the media, which is becoming more clear by the day, is the fact that the Biden administration still refuses to refer to the situation as a “crisis” and making things unnecessarily worse is Biden’s apparently grossly incompetent Department of Homeland Security Secretary Alejandro Mayorkas, who continues to claim that the situation is “under control.”

More migrants are attempting to cross into the U.S. now than in the past 20 years, @DHSgov Sec. Mayorkas said while insisting that the situation is under control.

A surge of unaccompanied migrant children is presenting the biggest challenge.@cbsmireya reports from the border pic.twitter.com/3xA8y28YDq

On Wednesday, Mayorkas appeared before the House Homeland Security Committee and still, astonishingly, refused to label the crisis as a “crisis” and instead referred to the crisis as a “difficult situation.”

Given the gravity of the situation, especially since Biden’s only been in the White House for less than two months, it’s really embarrassing and shameful for the Biden administration to not admit at this point that the new president’s push to roll back Trump’s border policies was obviously a monumental mistake.

If they admitted that, sure, they’d have some egg on their face for a while, but it would at least allow them to do a course correction and tackle the problem at hand.

Instead, by issuing a gag order on CBP agents and keeping the media at bay, it seems as if they’re losing control and have absolutely no solution to quell the ongoing crisis — a crisis that is becoming more dangerous for American citizens by the hour.

David Hogg's Pillow Company Seems to Be Over Before It Started... Plan to Oust 'MyPillow' Falls Short