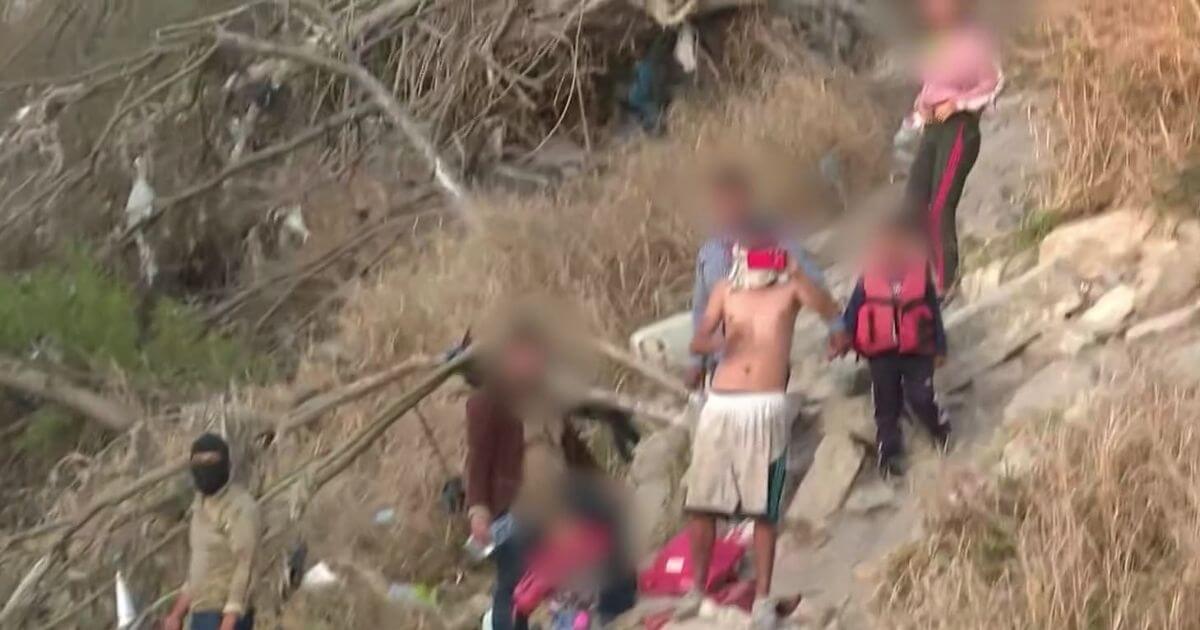 When there’s a political publication that’s suggesting CNN “staged” a segment, you can reasonably think of a few culprits. Breitbart. The Daily Caller. Us.

The American Prospect usually isn’t one of them. Here are some sample headlines from the progressive publication’s homepage on Wednesday morning: “The Promise of Offshore Wind”; “First 100: Delays for Two Key Nominees of Color”; “The Precarious Greatness of the Biden Strategy.”

Both author Paul Starr and I agree that President Joe Biden’s position on the $1.9 trillion COVID-19 relief package is indeed a precarious one, although I wouldn’t use the word “greatness” or any of his arguments. This is immaterial, however: The point is The Prospect isn’t the kind of publication prone to tearing down CNN for fun.

Here are the basics: In a video shot on March 11 and aired the following day, CNN correspondent Ed Lavandera is shown on the Rio Grande by Hidalgo, Texas. Things seem peaceful — and then, all of a sudden, the border crisis is upon him.

“That’s when we stumble across a group of migrants loading into a raft,” Lavandera said.

The CNN crew speaks to the migrants in Spanish and appears to gain enough trust to film them crossing in a raft and making multiple trips.

“The Rio Grande Valley has been ground zero for the latest surge in migration and here you see the operation unfolding right in front of us,” Lavandera said in the video. “After the first raft crosses, the magnitude of this moment reveals itself. Dozens of migrants emerge and walk down to the river’s edge. You can see that this is a serious operation.”

Some of the things people noticed: “In the CNN footage, the smuggler leading the boat wears fatigues and a black ski mask. Smugglers typically attempt to blend in with the migrants, to avoid more severe punishment should they be caught,” Brown wrote in the Monday article.

“That told me [the smuggler] knew he would be filmed and he didn’t want to be set up,” said Jenn Budd, a former Border Patrol agent and self-identified whistleblower who said the video appeared suspicious.

CNN’s head of strategic communications Matt Dornic tweeted Thursday, as the controversy over the border crisis video was brewing, that the network “did not participate in any type of coordinated effort to shoot a staged scene of migrants crossing the river nor have we found any credible evidence that suggests our team was unknowingly part of a set-up by Border Patrol or anyone else.”

CNN did not participate in any type of coordinated effort to shoot a staged scene of migrants crossing the river nor have we found any credible evidence that suggests our team was unknowingly part of a set-up by Border Patrol or anyone else.

Brown also said the video seemed similar to one captured by “Tripwires & Triggers, a right-wing media site that covers the border” and filmed by Jaeson Jones.

That “footage has been viewed thousands of times on social media, and has been covered by the Daily Mail, The Epoch Times, Breitbart, and others. Taken from the north shore of the river, the vertical phone footage shows migrants arriving through the trees on the American side of the river,” Brown wrote.

“The boat in this video and the boat in the CNN footage have the same markings, and the same ski-masked, fatigues-wearing man who appears to be steering the boat.

“It’s unclear if the two videos were taken at the same time on March 11, but it’s also unclear how long CNN was on the river to get the shot. It likely took hours to ferry the dozens of migrants across the river. As the migrants disembark, the men behind the camera are greeting them cordially in Spanish and laughing.”

Several other problems with this: First, The Guardian previously reported that this was an area of the river that could only be accessed by Customs and Border Protection boats. No Border Patrol agents are shown picking these migrants up — which is a problem for more reasons than one.

“If you’re crossing people and cross ten people, you’re begging to be caught by Border Patrol,” Felicia Rangel-Samponaro, a volunteer who works with asylum-seekers at the southern border, told The Prospect.

“No one is stupid enough to go back and forth. In the video, they said that they did that six times. I can’t imagine any coyote willing to risk their freedom like that. From my experience, I’ve never heard of anything like that or seen anything like that.”

Budd, for instance, claimed in a Medium piece that there’s not a border crisis yet, but that it’s “growing fast with the help of Republicans making photo ops by visiting the border and espousing lies and by right-wing white nationalists setting up fake scenarios of smuggling for the press to capture” like this.

There are also numerous quotes from the National Butterfly Center, a pro-illegal immigration group which claims that this was all set up by Tim Wilkins, “a failed, local GOP candidate running on an anti-immigration platform [who] arranged for CNN to be there at the appointed time and place,” according to The Prospect.

This is all fine if you’re an activist or organization that can make your case in a reasonable, measured manner. This seems to be the organization’s evidence, at least in part:

“I mean this is exactly the kind of stuff they are taught at West Point and the Homeland Security and Defense college for psychological operations that are deliberately intended to sway public opinion, influence public policy, win or lose elections,” Marianna Treviño Wright, the executive director of the National Butterfly Center, said.

So, yes, The Prospect’s article is a rabbit-hole of strange theories and questionable vetting.

However, it’s worth pointing out Brown still makes a valid point: Even if she engaged in questionable vetting, so did Lavandera, who clearly didn’t grasp this wouldn’t be the standard operating procedure for any number of reasons.

Loony and unsourced as some of her theories may be, Wright got it correct here: “They either duped Ed Lavandera into doing this or he’s so desperate for ratings he went along with it.”

There’s the possibility, of course, that this is all real. You could even call it a probability. That shouldn’t be the basis of any reporting like this, however, particularly when CNN passed it off as absolutely truthful.