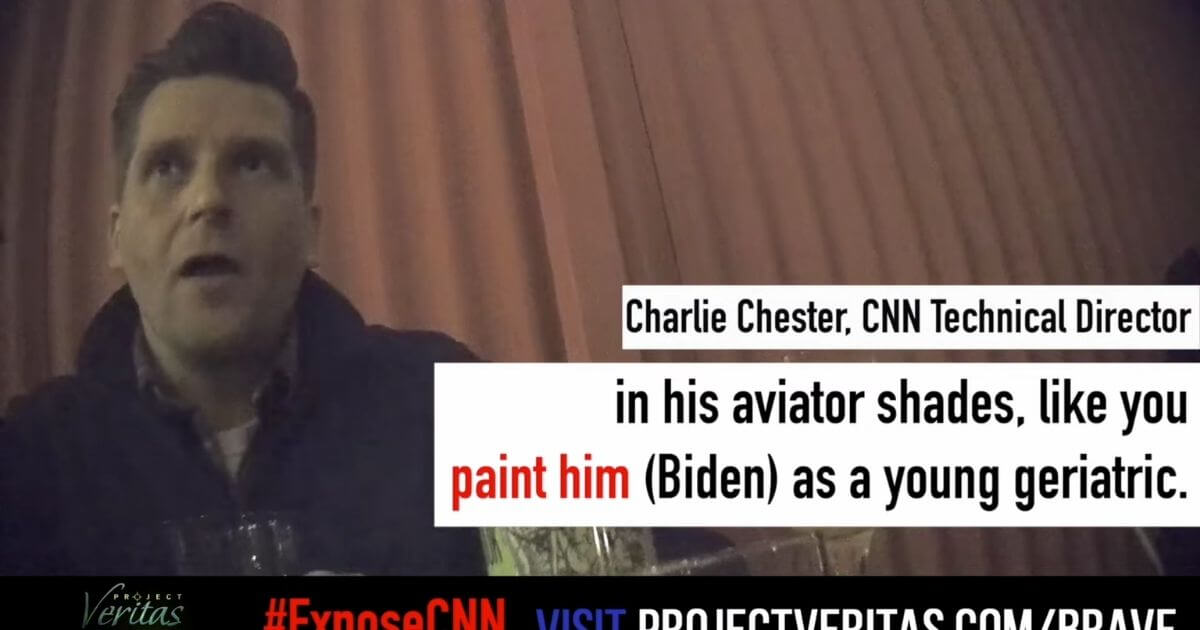 Though it should come as no surprise, the leftist media has struck again, this time allegedly admitting intentions to forsake fairness in an effort to see Trump out of office.

On Tuesday, the organization that has historically been a thorn in the side of many leftists took another jab at CNN.

While secretly filmed during a discussion with a Project Veritas reporter, a man the organization identified as CNN Technical Director Charlie Chester boasted about the impact the network had on Trump’s election loss.

“Look what we did, we got Trump out. I am 100 percent going to say it, and I 100 percent believe that, if it wasn’t for CNN, I don’t know that Trump would have got voted out,” he said.

Project Veritas founder James O’Keefe took to Twitter to share the video — and expose the network’s intrinsic alleged corruption — with his audience.

BREAKING: Part 1 – @CNN Director ADMITS Network Engaged in ‘Propaganda’ to Remove Trump from Presidency … ‘Our Focus Was to Get Trump Out of Office’ … ‘I Came to CNN Because I Wanted to Be a Part of That’

When discussing a CNN segment in which the network falsely reported on Trump’s declining health, the man labeled the tactic as “propaganda.”

“[Trump’s] hand was shaking or whatever. We brought in like so many medical people to like all tell a story that like, it was all speculation — that he was like neurologically damaged, that he was losing it. He’s unfit to, you know, whatever. We were creating a story there that we didn’t know anything about, you know? That’s what — I think that’s propaganda, you know?” the man said.

In the recording, the man claimed CNN’s intention was to spin the fit/unfit narrative to depict Biden as “a young geriatric.”

“We would always show shots of [Biden] jogging and that ‘I’m healthy, you know,’” he said. “The whole thing of him running … like run for the campaign, showing him jogging, was obviously deflection of his age and they’re trying to make it like, ‘Oh, I’m healthy.’”

We already knew about CNN’s bias, but if accurate, this video confirms what conservatives have been thinking all along.

The optics of this are really bad for CNN, not only because it tells the network’s biased alleged intentions for 2020 election coverage, but also for other stories and coverage in future election cycles.

“Our focus was to get Trump out of office,” the man said in the recording. So, what other reporting could the network spin to achieve a narrative goal?

Reporting bears the potential to persuade those eager to listen and those who have not been inoculated against blind acceptance of everything a persuasive voice on television or in written journalism tells them.

Leave the opinions and biases to pundits and commentators, but keep it out of mainstream news.

The Western Journal reached out to CNN for comment, but did not hear back in time for publication.

Instagram Launches Test Where Users Can Choose To See Likes