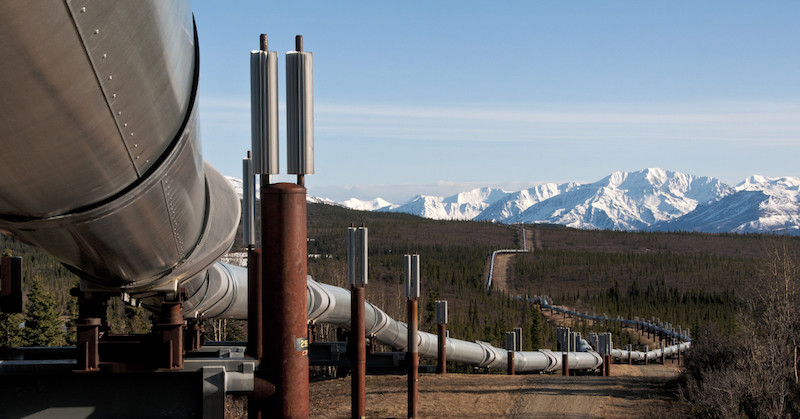 In another “win” for the Biden Administration and loss for the American people, the developer of the Keystone XL Pipeline confirmed Wednesday it was officially cancelling the project.

The decision by the Canadian company TC Energy to pull the plug came after President Joe Biden revoked the cross-border permit needed for the planned 1,200-mile pipeline to enter the United States on his first day in office.

Biden’s executive order pointed back to an analysis undertaken during the Obama administration which concluded that “approval of the proposed pipeline would undermine U.S. climate leadership by undercutting the credibility and influence of the United States in urging other countries to take ambitious climate action.”

TC Energy said in a news release in January it would review the implications of the president’s decision and consider its options.

The company apparently decided not to press its arguably strong case in court.

“TC Energy Corporation confirmed today that after a comprehensive review of its options, and in consultation with its partner, the Government of Alberta, it has terminated the Keystone XL Pipeline Project,” the company said in a statement posted to its website Wednesday.

“Construction activities to advance the Project were suspended following the revocation of its Presidential Permit on January 20, 2021. The Company will continue to coordinate with regulators, stakeholders and Indigenous groups to meet its environmental and regulatory commitments and ensure a safe termination of and exit from the Project,” TC Energy added.

Many American jobs were lost due to Biden’s decision, which countermanded the approval for the project to proceed given under former President Donald Trump.

“More than $2.2 billion in wages would have been paid under a Project Labor Agreement with four unions. Instead, the president just put a lot of people out of work at a time when American jobs are needed most.”

“This is devastating news for our economy, jobs, environment and national security — and it’s entirely President Biden’s fault. It’s beyond clear that President Biden is beholden to extreme environmentalists,” Montana GOP Sen. Steve Daines added in a statement, according to The Hill.

According to North American Oil and Gas Pipelines, 300 miles of the 1,200-mile project had already been constructed when Biden issued his executive order pulling the permit.

When completed, the “Keystone XL would have transported more than 800,000 barrels of oil a day from Alberta, Canada to the Texas Gulf Coast,” the outlet reported.

That transportation of the fuel would have taken place in a far more environmentally friendly way than the alternative of by truck or by rail, by the way.

Even Biden’s own climate czar, John Kerry, conceded that pipelines are more efficient means to move oil and natural gas.

The president’s job-killing move came even as gas prices have been on rise over the last year from a low of $1.94 per gallon in April 2020 to over $3 per gallon now, a level not seen since 2014.

The present administration seems intent on driving up gas prices, which hit a seven-year high over Memorial Day Weekend.

After decades of attempts to open ANWR to drilling, a remote coastal strip of land known as the 1002 Area was green-lit as part of the 2017 Tax Cuts and Jobs Act under then-President Trump.

Don’t buy the bull. Only a small sliver of ANWR (Area 1002), specifically set aside for potential drilling yrs ago, is impacted by #TaxReformBill. Most of ANWR will remain off-limits to #energy work. #copolitics #ANWR #TaxReformBill #gop #stoplying pic.twitter.com/ij099L7Vw2

Alaska’s Resource Development Council reported, “The oil industry accounts for one-quarter of Alaska jobs and about one-half of the overall economy when the spending of state revenues from oil production is considered. In other words, without oil, Alaska’s economy would be half its size.”

The U.S. Energy Information Administration reported in April that oil production in the Last Frontier reached its lowest level in more than 40 years in 2020.

The downward trend has been continuing since the late ’80s and opening ANWR, which likely holds over 10 billion barrels of untapped oil reserves, offered an opportunity to reverse the trend.

When the Biden administration makes these massive moves to cut back on future U.S. oil supplies, it sends signals to the oil market.

In 2018 during Trump’s time in office, the U.S. became the world’s top crude oil producer, with all the economic power and security that comes as a result, and continued to hold the top spot for the next two years.

Biden apparently wants to knock America out of that position, but does not mind boosting Russia’s energy-producing status.

Some legacy items of the Biden administration are already shaping up to be lost American jobs and soaring energy prices.

Over 180,000 Migrants Illegally Crossed the Border in May, the Highest Single-Month Total in Over 20 Years