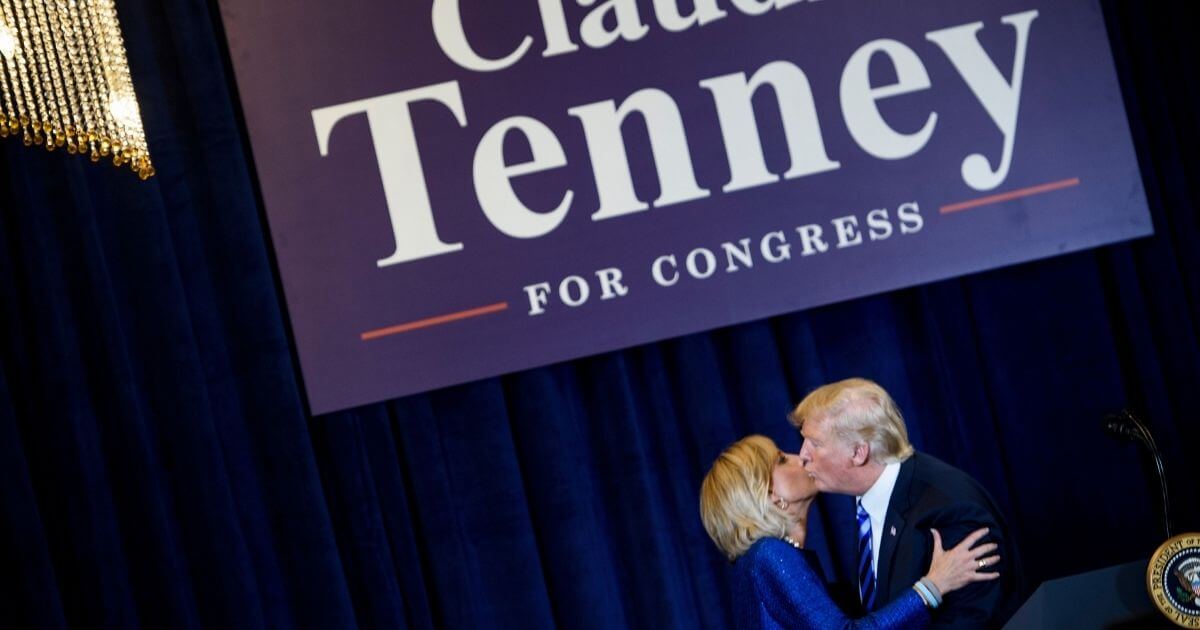 On Feb. 2, we commemorate a holiday that has become a cultural idiom for repeating the same day over and over again. For two congressional candidates, however, I’d imagine it feels a bit more real, since they’ve been stuck in Groundhog Day mode since Nov. 3.

Republican Claudia Tenney and Democrat Anthony Brindisi will still be stuck there for at least another week, but they’re getting a bit closer to a resolution in the one House of Representatives race still outstanding. According to WSYR-TV, Tenney’s slim lead over Brindisi, a first-term incumbent representative in New York’s 22nd Congressional District, expanded to 122 votes Friday evening.

This came after a judge ordered ballots rejected by the Oneida County Board of Elections to be counted. Those voters had registered through the New York Department of Motor Vehicles just before the deadline, but officials didn’t process their ballots in time.

Since the fault lay with the elections staff who didn’t process the ballots and not the voters, state Supreme Court Justice Scott DelConte ruled, the votes should count.

This was actually self-own on Brindisi’s part; his campaign discovered the issue and challenged 69 ballots that had been thrown out. Instead of just limiting the inclusion of those 69 ballots as Brindisi’s legal team asked, however, the judge allowed every ballot that was thrown out because of the DMV error.

There was more good news for Tenney, as the judge refused to consider 128 ballots that had been dropped off at incorrect polling places, 20 that were cast in the wrong county and 85 by voters who had been purged from the rolls. The Brindisi campaign had requested all of those be counted. You’ll be responsible for all this on the test later.

And this still isn’t over. The Brindisi campaign has forced a delay in the certification of the results for at least another week.

They claim that due to a small but significant error rate in vote tabulating machines, there needs to be a hand recount of all the votes cast, something they say New York law entitles them to.

Moreover, the Brindisi campaign pointed out that both sides plan to challenge some of the judge’s rulings in the case and said it would be inefficient for a winner to be certified when the possibility exists that DelConte’s rulings could be overturned.

The first claim didn’t move DelConte, who noted Rep. Brindisi knew about the potential error rate back in December but waited until noon on Feb. 1 to bring it up. On the second count, however, he was moved to delay certification in the eight counties that comprise the 22nd District for another week. If the wrong winner is certified and sent to Washington, DelConte said, it could have serious repercussions in terms of House votes.

“Mrs. Tenney could go to Washington and vote on legislation and then a day later, a week later, they would say, ‘She didn’t win the election,’” DelConte said in his ruling, before going illeist on us: “‘DelConte got it wrong.’”

The lawyers now have several days to debate before the judge what would happen if the wrong person was sent to Congress. So if you couldn’t get your fill of watching the Tenney vs. Brindisi contest play out, you potentially get another week of it.

Before achieving a kind of infamy for being the last race decided in an election season that had already seen too many drawn-out affairs, the race was a pretty ordinary one. Tenney is a conservative Republican who was first elected to represent the district, which cuts a swath through a mostly rural part of the state from the Pennsylvania border to Lake Ontario, back in 2016.

In 2018, Brindisi beat Tenney in another narrow race; according to the Cook Political Report, New York’s 22nd was the most pro-Trump congressional district in the country to go for a Democrat during the midterms.

Essentially, then, you have the familiar storyline of a Democrat who won his district by running as much against Trump as he did against his opponent facing off against her again. Now, throw in the molasses-slow electoral process of 2020 and you have a once-amusing story that’s ceased to be amusing.

One thing seems fairly certain at this point: Barring some sort of “Fight Club”-level legal plot twist, Tenney will regain her seat.

“The bottom line here is that after months of investigations into every conceivable outstanding vote, Claudia Tenney has a wider margin than she did when we started down this road,” John Sexton wrote at Hot Air on Monday. “She is going to be the winner, though the exact vote total isn’t clear.”

“At this point, Brindisi really should drop the appeal. Even if his camp wins on an appeal over these 1,000 votes from Oneida County, he’s still behind overall. He’d have to appeal other decisions and win those appeals as well to have a chance at winning this race,” he continued.

“Given all the time and care Judge DelConte has put into this effort, I don’t think Brindisi is going to be able to run the table reversing all of his decisions. For the good of citizens in NY-22 who still have no representation in Congress, it’s time for Brindisi to admit defeat and move on. He can always try again in two years.”

I don’t hear too many Democrats pressuring Brindisi to drop his legal challenges and concede, however. Strange how that works.