Cruel And Stupid City Order Cuts Power to Saloon, So the Defiant Small Business Fires Up a Generator 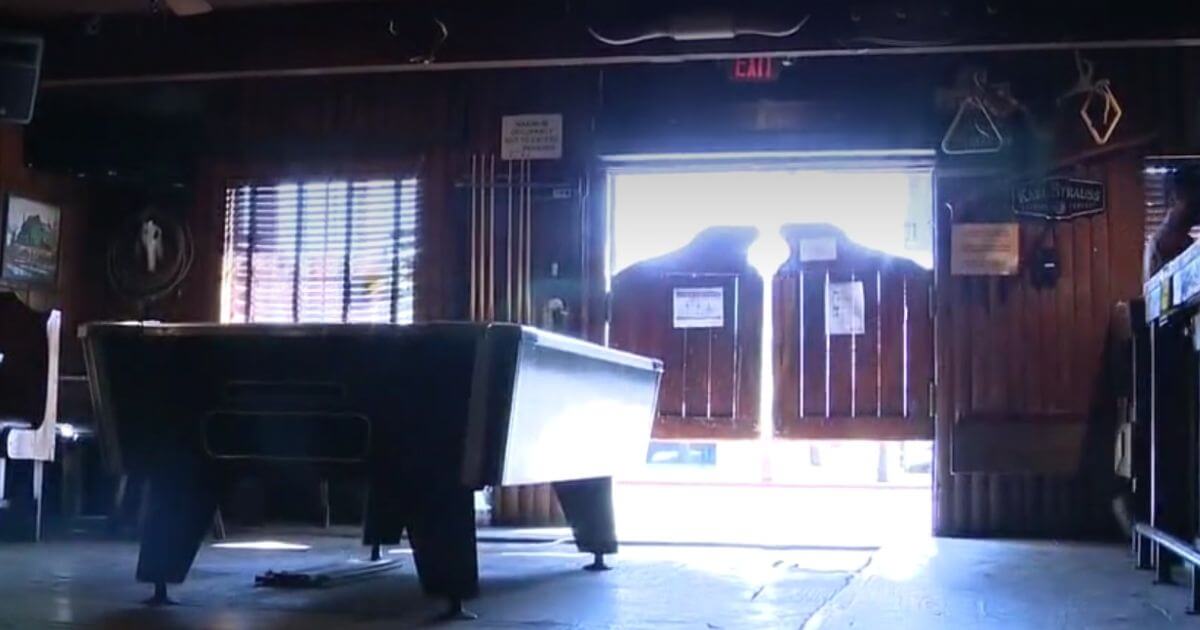 Like the plot from an old Western film, one saloon owner is openly defying the tyrannical, power-drunk local government trying to shut him down — but this time, the plot is based on a true story unfolding in Burbank, California.

Tinhorn Flats Saloon & Grill has been sued, cited, had its power cut off and its doors padlocked, all because it remained open during California Democratic Gov. Gavin Newsom’s COVID-19 outdoor dining restrictions in December, KTTV-TV reported.

The city council was unrelenting toward the great sin of doing business, revoking the establishment’s Conditional Use Permit in February for “flagrant violation of the Los Angeles County Health Officer Orders in a manner which endangers the public health, safety and welfare, and creates a public nuisance,” a news release from the city indicated.

Still, the bar has continued to serve patrons, even setting up generators after the power was cut last week and then simply removing the front doors after officials were granted authority to padlock them shut on Tuesday, according to KNBC-TV.

“We found out a judge signed off on padlocking our doors, so we took matters into our own hands,” co-owner Lucas Lepejian told the news outlet.

“If you don’t have doors, there’s nothing to padlocks.”

“We will continue to operate,” Lepejian said.

DOORS REMOVED. Thanks to a brilliant idea in the comment section in the post before. Padlock this 😂😂🇺🇸🇺🇸🇺🇸💯💯💯

After seeing that the business would not budge, Beckloff granted city officials the ability to cut its power on Friday, but generators were up and running by Saturday which powered the establishment all weekend.

Then again learning that the bar was still operating, city officials acquired the power to padlock the doors on Tuesday, prompting the owners to simply remove the outer doors.

The city’s lawsuit against Tinhorn Flats and its operating company Barfly, Inc. reads like a parental scolding.

“The vast majority of restaurants did their part and acted as good citizens by complying with these orders, despite the tremendous difficulty and hardship they have suffered as a result,” court papers filed by the city reportedly said.

“Not everyone has borne the sacrifice willingly.”

The owners of Tinhorn Flats have drawn a line in the sand and vowed to continue to fight for the freedom to do business.

“We will not comply with tyrannical rules and closures,” Lepejian wrote on the GoFund Me page that has already raised over $33,000 for defense costs.

“We need this money to continue to fight for all our rights. The money will be used for Geragos & Geragos Law to keep our doors open.”

The Facebook page for the establishment openly challenged the judge who handed down the shutdown orders with a tongue-in-cheek declaration that the bar is now an autonomous zone.

While the co-owner may be a bit of a provocateur and sometimes comes too close to the edge of reasonably acceptable rhetoric, the establishment’s cowboy-tough willingness to stand up to rules that are destroying the business is laudable.

Cities across the U.S. have imposed COVID-19 restrictions and total shutdowns that have put some landmark restaurants and bars out of business while irreparably harming the ones still limping along.

Business owners need to stand up against these rules when they can and take inspiration from this kind of persistence in the David and Goliath fight happening at Tinhorn Flats.

The coronavirus shutdowns have just passed their one-year anniversary, and even as millions of doses of vaccines have been administered and The Associated Press reports that COVID-19 deaths are plummeting, restrictions still remain in many parts of the country.

Flouting laws isn’t always advisable or even necessarily the right thing to do, but seeing a business that has the necessary fortitude to stand up against governmental tyranny is what America is all about.

After all, it was a rebellion against unjust laws that gave birth to this nation in the first place.