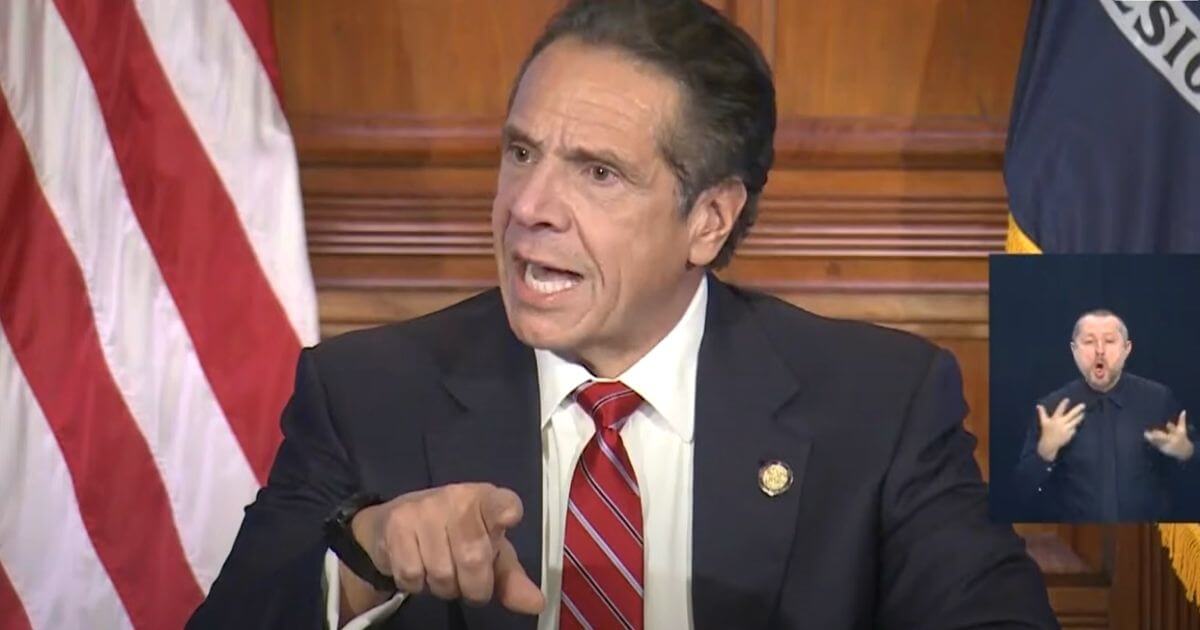 Gov. Andrew Cuomo is still in office, somehow, but as the investigations into no less than seven claims of sexual harassment — and one claim of sexual assault — begin to unfold, we’re likely in for several wild weeks of bizarre headlines.

The first one happened this week, as according to the New York Post, accuser Charlotte Bennett spoke with lawyers for several hours on Monday via Zoom conference and revealed quite a bit into what took place during her experiences with the governor and his alleged sexual misconduct.

The 25-year-old accuser gave lawyers 120 pages of “contemporaneous records, as well as other examples of documentary evidence” against the governor and his staff. She also reportedly told lawyers that Cuomo has a “preoccupation with his hand size” and the inappropriate insinuation of what that might mean.

The statement talked about Cuomo’s “preoccupation with his hand size and what the large size of his hands indicated to Charlotte and other members of his staff.”

Debra Katz, one of the attorneys hired by New York Attorney General Letita James, didn’t elaborate on that tidbit of information, but said “The investigators have been moving quickly, and with sensitivity, to get to the heart of these allegations.”

But Cuomo’s just a “funny guy,” right? He never “intended” to make anyone feel “uncomfortable.”

I would argue that a statement like that would make anyone in his office feel uncomfortable — even the men.

In her statement, Katz expressed nothing less than full confidence that the investigation would eventually prove that Bennett’s claims are legitimate.

“We remain confident that their investigation will substantiate Charlotte’s claims of sexual harassment against Gov. Cuomo, as well as the failure of his senior staff to meet their mandatory reporting requirements under the very laws he signed,” she said.

Last week, in yet another bizarre press conference, Cuomo insisted that he was not guilty of what he was being accused of and that it would all be revealed in time when the “facts” of the cases come to light.

Perhaps one could buy that argument if it were one — maybe two — accusers. But seven? Seven women with harrowing accounts of being sexually harassed, bullied and in one case, sexually assaulted? I have a feeling that Cuomo is not looking forward to the day when the investigation reveals the “facts” he believes can save him and his job.

That’s not to mention the fact that an even larger scandal — the one involving the underreporting of nursing home deaths and his reckless policies that caused so many elderly people to die during the pandemic — has yet to be fully investigated.

And he puts on quite the show, acting as if nothing’s wrong, but let me conclude this report by once again bringing you the I’m-so-stressed-out-that-I-have-to-wear-a-blankie picture of the year.

After Trump, House Republicans Agree to Return to their Swampy Roots, Will Vote Today to Reinstate Earmarks