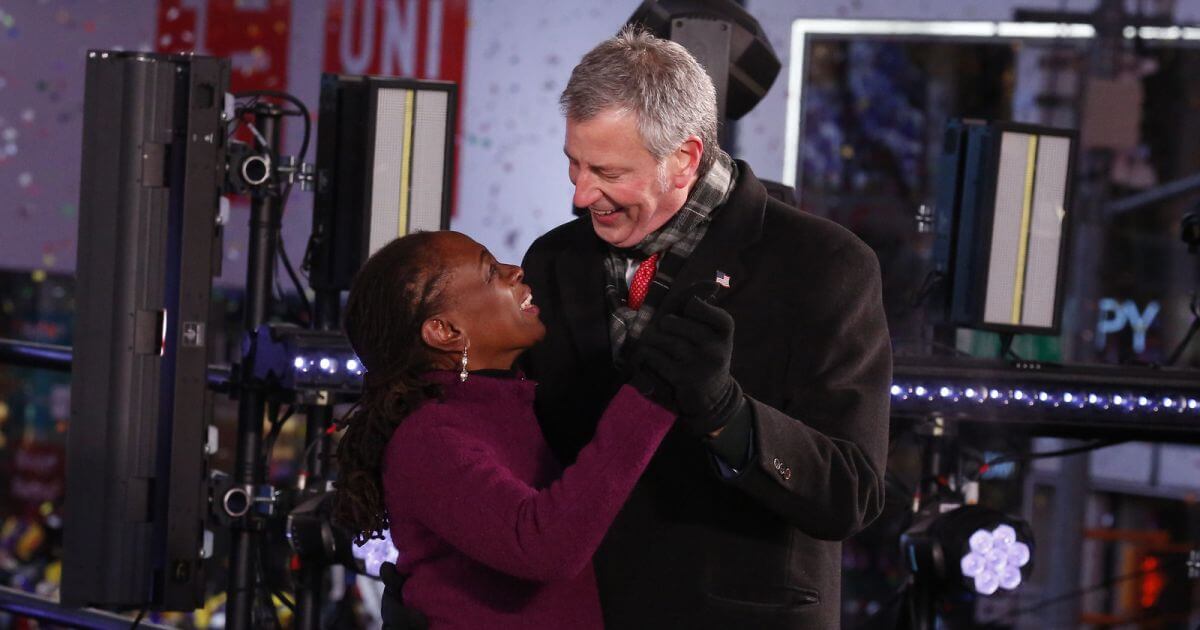 In June of 2020, Chirlane McCray was credited for her husband, NY Mayer Bill DeBlasio’s, decision to defund the New York Police Department. 2020 was the summer of domestic terrorism in the name of social justice. Cities like New York saw shops looted and destroyed, homes burned, and lives destroyed.

DeBlasio’s budget cut was heard in police departments around the United States. “We will be moving funding from the NYPD to youth initiatives and social services,” DeBlasio announced.

The press asked DeBlasio if his vocal wife had a hand in the decision to strip funds from the agency that’s there to keep them safe. The mayor, “The answer’s yes.” Chirlane then announced, “There’s no question that it was important to move more funds to youth and social services.”

DeBlasio appointed his wife as the mayoral coronavirus recovery Task Force’s co-chair on Racial Inclusion and Equity. She said that her task force survey responses told her that “more resources for our young people was right up there.” at the top, but that “even without those responses, I talked to my husband about it, and I encouraged him to find – help us find – ways to do that because you know, it’s something I know from my heart.”

At the time, the DeBlasio clan successfully shifted about $6 billion from the NYPD budget to the “youth initiatives and social services” that are pet projects of the liberal elites in New York. Not surprising that the data from February showed that a 75 percent spike in shootings happened in NYC, reports the NY Post.

The report says that “the NYPD reported 77 shootings last month” and that the last year alone, NYC saw almost double the number of shootings from 2019. The city is also experiencing an increase in burglaries and crimes against Asians.

Logically one would say, “Hey, we defunded the police and saw an uptick in crime, including racist assaults against Asians,” and think, “it’s time we RE-fund the police.” But Chirlane McCray is not a logical thinker.

McCray tweeted, “As attacks on Asian American communities continue, we’re asking New Yorkers to show up for their neighbors and intervene when witnessing hateful violence or harassment.”

As attacks on Asian American communities continue, we’re asking New Yorkers to show up for their neighbors and intervene when witnessing hateful violence or harassment. I know that can be frightening when you aren’t sure what to do or say, but you can learn.

Do you think average citizens should be asked to intervene in violent crime?

She then says, “I know that can be frightening when you aren’t sure what to do or say, but you can learn.” SUREEE In a city with an INCREASE in shootings and burglaries, it makes complete sense to ask its unarmed citizens to stop racist attacks. McCray says, “fear is a normal feeling when stepping into a confrontation, but being prepared can help.”

Are we just going to ignore the fact that the citizens pay taxes to an agency tasked with this very thing? This crazy lady successfully diverted the citizen’s taxes from this agency to social justice programs that don’t keep anyone safe. If that wasn’t bad enough, she now asks these very tax-paying citizens to go unarmed into a fight to do the very job their taxes were supposed to be paying for.

Only in liberal Democrat-controlled cities does nonsense like this live. Everyone outside of her bubble looks at these tweets after knowing the facts surrounding the situation and sees this for the privileged idiocy we’ve come to expect from liberals like her.

We don’t want our taxes to pay for social services. Our taxes should only provide the services one can’t do without the help of the organized government- for example: stopping violent city-wide attacks against Asians.

Hopes Party Will 'Find Its Soul'

"The guy that runs that outfit over there"