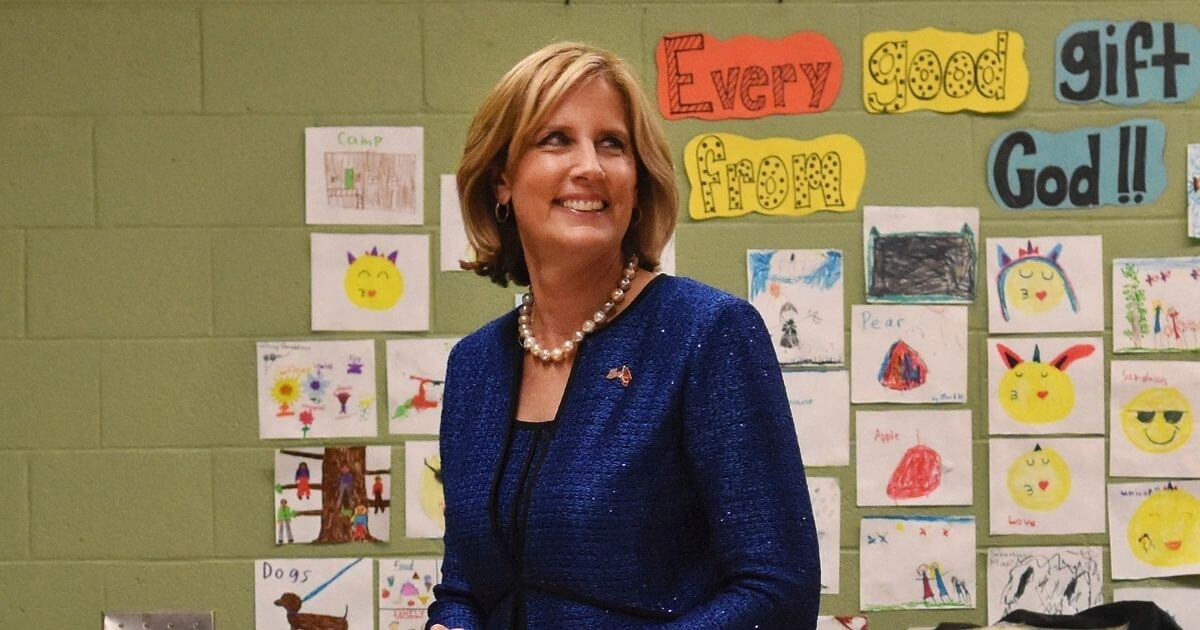 The race had been a rematch. In 2018, Brindisi narrowly defeated then-Rep. Tenney. The 2020 congressional race between the two candidates was similarly narrow, however, it had its own unique share of twists and turns.

In early December, Tenney held a 12-vote lead. Then Fox News reported on Dec. 7 that “12 uncounted ballots were found in a drawer in rural Chenango County.”

The week before, “officials discovered another 55 uncounted ballots in the same county. Of those 55 votes, 11 were cast by unregistered voters,” according to the outlet.

On Friday, however, WSYR-TV reported a New York State judge finally ruled that the current election results — which show Tenney ahead by 109 votes — were reliable. Tenney won.

Democrats presently hold 222 seats in the House, according to RealClearPolitics. Tenney’s victory hands Republicans their 213th seat in the House.

Although Democrats still control the majority, nine seats is a slim margin and shouldn’t be too hard for Republicans to overcome in 2022.

Today, I congratulated Claudia Tenney on a hard-fought race. It has been the honor of a lifetime serving this community. Read my full statement below: pic.twitter.com/9bdPRF6QsL

Despite Brindisi’s gracious concession letter, posted to his Twitter account on Monday, his campaign’s actions and statements in the past 90 days have been anything but civil.

According to The Washington Times, his team retained the services of attorney Marc Elias, a partner at the Perkins Coie law firm in Washington, D.C.

Elias is best known for his representation of failed presidential candidate Hillary Clinton and the DNC during the 2016 presidential election. Specifically, funneling funds through his firm, he commissioned opposition research firm Fusion GPS to produce the infamous Steele dossier, Politico reported.

As we’ve witnessed over the last several months, former President Donald Trump and his representatives have been demonized by Democrats and the establishment media as being seditious for questioning the numerous irregularities seen in the 2020 presidential election, while the Brindisi campaign has been given a pass.

Aside from the sudden discovery of new votes in Chenango County, twice, the campaign has recently alleged that the voting machines were misreading votes.

A Feb. 1 court filing from Brindisi’s team read, “In this case, there is reason to believe that voting tabulation machines misread hundreds if not thousands of valid votes as undervotes … and that these tabulation machine errors disproportionately affected Brindisi …”

“In addition, Oswego County admitted in a sworn statement to this Court that its tabulation machines were not tested and calibrated in the days leading up to the November 3, 2020 General Election as required by state law and necessary to ensure that the counts generated by tabulation machines are accurate,” the document continued.

Elias, according to The Washington Times, “led a team of President Biden attorneys successfully fighting Trump challenges in over 50 courts” and “is alleging voter machine discrepancies” in the race.

Following the judge’s ruling on Friday that the results be certified, Brindisi announced on his Twitter account, “I am shocked and surprised by this decision because of the countless errors and discrepancies that have occurred throughout this initial count. I believe a full audit and hand recount is the only way to resolve this race.”

With the margin so thin, the ever changing tally, and the countless errors that have occurred arriving at today’s final number we can’t afford to wonder here. We have to get it right.

Let’s follow that rule, get this right for our constituents and count all the 325,000-plus votes. It’s shocking, right now, no one knows who actually won this race. My opponent and I deserve true clarity. #NY22

“With the margin so thin, the ever changing tally, and the countless errors that have occurred arriving at today’s final number we can’t afford to wonder here. We have to get it right.

“Because this is not a raffle, this is a congressional election. The law that took effect January 1 says we should abide by hand counts whenever the margin is 0.5% or less — it’s even closer right now.

“Let’s follow that rule, get this right for our constituents and count all the 325,000-plus votes. It’s shocking, right now, no one knows who actually won this race. My opponent and I deserve true clarity.”

The Brindisi campaign and the Trump campaign have both questioned the results of the Nov. 3 election and requested investigations into what they perceive to be irregularities. The issues raised by both teams are remarkably similar, right down to allegations that voting machines may have misread ballots.

So, just asking for a friend — are these requests reasonable or are they undermining our democracy?