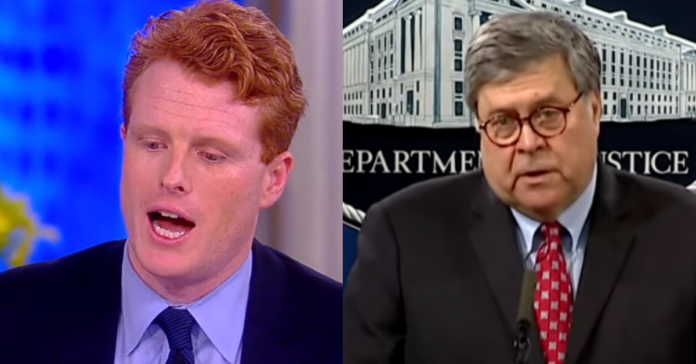 He said Friday that his campaign improperly spent $1.5 million of donations intended for the general election during his primary challenge to Senator Edward J. Markey. The race was tight but Kennedy started to fade in the closing weeks and needed a cash infusion.

“After an internal review, I believe it was an honest mistake by those involved, resulting from misinformation, not malintent,” Kennedy said. “But as the candidate, I take full responsibility for the error that occurred and have worked to rectify it as expeditiously as possible.”

“I apologize for — and deeply regret — the error and believe that strict transparency and accountability in campaign finance are the cornerstone of fair elections,” said Kennedy. “I have taken these rules seriously my entire career and remain as committed as ever to the cause of electoral integrity — particularly at this moment in time.”

From The Boston Globe:

The Kennedy campaign said Friday that Clemons and Martin believed that FEC rules allowed them to spend general election money as long as it was paid back with additional contributions after the primary.

Clemons and Martin did not respond to a Globe request for comment Friday.

Neither is affiliated with the campaign or Kennedy any longer, the campaign said. Kennedy brought on a new treasurer in late September after the campaign finance violation was discovered.

General election funds were tapped for primary election expenses starting in August, according to the campaign.

Once the improper use of campaign funds came to light, Kennedy immediately worked with the campaign’s counsel, Washington, D.C.-based law firm Sandler Reiff Lamb Rosenstein & Birkenstock, to conduct an internal review to figure out how and why general election money was spent.

Using Kennedy’s personal funds, the campaign has since fully reimbursed all donors who contributed money earmarked for the general election — well ahead of the Nov. 1 deadline set by FEC rules for those refunds to be made.

“All current obligations to staff, donors, vendors, and creditors have been met. Any remaining campaign expenses this year will be fully paid,” Kennedy said.