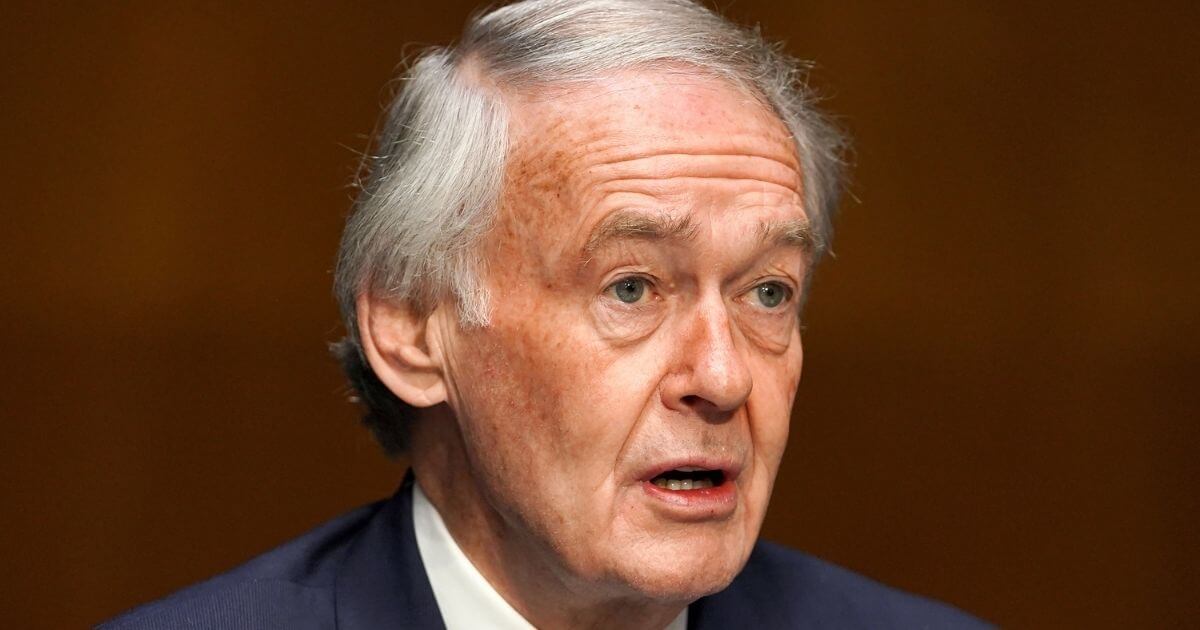 Even before the election, Markey believed in packing the Supreme Court as one of the Democrats’ first prerogatives — and ending the filibuster along with it.

“If he violates it, when Democrats control the Senate in the next Congress, we must abolish the filibuster and expand the Supreme Court.”

Mitch McConnell set the precedent. No Supreme Court vacancies filled in an election year. If he violates it, when Democrats control the Senate in the next Congress, we must abolish the filibuster and expand the Supreme Court.

But does Markey need a reason to get rid of the filibuster aside from the naked desire for power now that the Democrats have a 50-50 tie — and the tie-breaking vote lies in the personage of Vice President Kamala Harris? He thinks he does, apparently. That’s why he’s now spreading the fiction — a pleasant one for Democrats — that the filibuster is actually a remnant of the antebellum South’s hold on the Senate.

Here was Markey’s tweet last Tuesday: “The filibuster was created so that slave owners could hold power over our government.”

The filibuster was created so that slave owners could hold power over our government.

That context-free lie was enough to earn him three “Pinocchios” from the fact-checkers at The Washington Post, not necessarily known to be averse to Markey’s view of the world.

“Democrats who want the filibuster gone often talk about its well-known history as a tool of enslavers and segregationists,” The Post noted in a Monday fact-check.

“Markey, a liberal senator who co-sponsored the Green New Deal, takes it much further by saying the filibuster was ‘created’ so slave owners could run the government. The thing is rotten to the core, he seems to suggest,” reporter Salvador Rizzo wrote for The Post.

“But the filibuster’s origins are not so tainted.”

There are three potential origins of the filibuster dating back to 1790, 1837 or 1841. However, no matter which origin story you buy for the rule, none can be traced to slavery issues.

And, as the outlet noted, the tactic of using debate to stop legislation from passing dated back to well over a millennia ago.

“Burning up debate time as a delay tactic was done in ancient Rome and in the British parliamentary system,” Rizzo wrote. “In the United States, critics say, the filibuster historically has been used to thwart majority rule and oppress African Americans.”

This, in part, comes from its use by people like noted slavery-defender John C. Calhoun and Southern senators during the Civil Rights era. But this didn’t mean it was created for that purpose.

“The first recorded episode of dilatory debate occurred in 1790, when senators from Virginia and South Carolina filibustered to prevent the location of the first Congress in Philadelphia,” Catherine Fisk and Erwin Chemerinsky wrote in a history of the filibuster published by the Stanford Law Review in 1997, according to The Post.

“The issue had come to a vote once before; the House voted to locate the Capitol in Philadelphia, the Senate voted against it. The issue was so close in the Senate that an ailing senator had to be carried into the Senate on his bed to cast the swing vote,” the professors wrote.

“One rainy day, knowing that the ill senator could not be carried in, the Senate backers of the House proposal renewed their efforts. To combat this move, Southern senators who preferred a Capitol closer to home made long speeches and dilatory motions that prevented the vote that day.”

In 1837, when supporters of former President Andrew Jackson wanted his censure expunged, Whig senators used the filibuster to prevent a vote on it. (The censure was eventually expunged, anyhow.)

In 1841, appointments to a publication called the Congressional Globe led to a filibuster, as well.

“The Whig majority wanted to fire the publishers of the Globe and the Democrats determined to oppose it,” Fisk and Chemerinsky wrote.

“The debate lasted for ten days, but the effort to block the action was ultimately unsuccessful. The second reported ‘filibuster’ followed in the same year; it was an unsuccessful fourteen day talk-a-thon intended to block a bill that would establish a national bank.”

Again, none of these things involved slavery.

The Post contacted Markey’s people about the filibuster claim, who referred the outlet to the currently modish book “Kill Switch: The Rise of the Modern Senate and the Crippling of American Democracy.”

In an interview with NPR, Jentleson said, “Calhoun innovated the filibuster for the specific purpose of empowering the planter class. He was a senator from South Carolina. His main patrons were the powerful planters.”

“And he was seeking to create a regional constituency to empower himself against the march of progress and against — what was becoming clear was a superior economic model in the North. So Calhoun started to innovate forms of obstruction that came to be known as the filibuster.”

In The Post’s fact-check, Rizzo noted that nobody, including Jentleson, is arguing that “Calhoun devised the filibuster from scratch.”

“Markey tweeted, ‘The filibuster was created so that slave owners could hold power over our government.’ He is referring to John C. Calhoun, who helped make the filibuster notorious as a delay tactic used for white-supremacist ends,” Rizzo wrote. “But that’s not the same as inventing it.”

“Markey’s office did not try to argue that these issues somehow related to enslavers’ power over the government, and we couldn’t find any historical links, either,” he concluded. “Lawmakers dedicated to preserving slavery or segregation may have exploited the filibuster for their own purposes, but they did not create it. Markey earns Three Pinocchios.”

If The Post is saying it, it must be really bad — not to mention true.

Markey wants to get rid of the filibuster badly, but he feels he needs an excuse. However, trying to pass it off as a remnant of slavery is a cynical, race-baiting lie so ridiculous even The Post can’t cosign it.