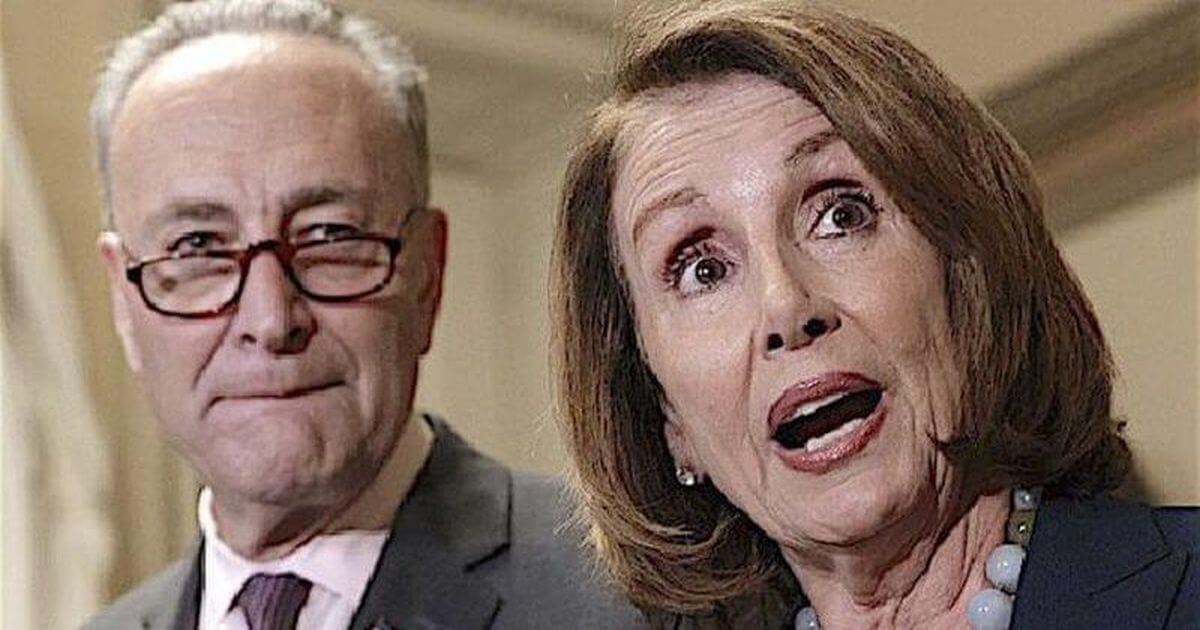 There were two key takeaways I had from watching President Biden’s town hall meeting on CNN last Tuesday. First, this is a man who shouldn’t be around anything sharper than a computer mouse. Second, when it comes to COVID relief, he wants to go big.

You would think this would go without saying, given this is $1.9 trillion of spending. However, Biden made it clear everyone was in his corner when it came to making it rain.

Well, maybe not clear, but perhaps obvious is the better word: “I’m committed to pass — look, here’s — some of you are probably economists or college professors or you’re teaching in school,” Biden told host Anderson Cooper, according to a White House transcript.

“This is the first time in my career — and as you can tell, I’m over 30 — the first time in my career that there is a consensus among economists left, right, and center that is over — and including the IMF and in Europe — that the overwhelming consensus is: In order to grow the economy a year or two, three, and four down the line, we can’t spend too much. Now is the time we should be spending. Now is the time to go big.”

Even if that spending has nothing to do with COVID relief, like the over $100 million that could potentially be doled out to an over-budget public works project in Silicon Valley.

According to Fox Business, the House version of the coronavirus relief bill has a heap of money for an underground rail line extension of the Bay Area Rapid Transit system that wouldn’t open until 2030 at the earliest and has already been a money pit.

The House Transit Committee put the spending in their section of the bill, where language states that “all projects under section 3005(b) of Public Law 114-94 that received allocations for fiscal year 2019 and 2020” except “projects open for revenue service.”

There’s only one project that currently falls into that category: The BART phase 2 extension, which would run the rail line underneath San Jose. The project has already been criticized because of the amount of local sales taxes it’s taken up. Now, it would take up $112 million of our federal tax dollars, at least under the current formulas.

According to Fox Business, the project — which is championed by Silicon Valley corporations — would use one of the largest boring machines in history to dig the tunnel underneath San Jose. Republicans aren’t necessarily jazzed about the plan, as you might imagine.

“It doesn’t help one person get the vaccine or boost testing capabilities. This is just further proof that congressional Democrats view the reconciliation process as a means to push through their wish list — which includes forcing taxpayers to pay even more for an over budget and delayed construction project in one of the wealthiest regions in the country.”

And it’s not just mass transit for Northern California.

Keep in mind, a $15 federal minimum wage isn’t out of the question when it comes to inclusion in the spending bill — even though President Biden has expressed skepticism that it can be included via the budget reconciliation process, which allows certain bills to pass the Senate by a 51-vote majority without being subject to the filibuster.

Senate Democrats are waiting to hear back from the chamber parliamentarian as to whether it can be included, according to CNN, although two members of the Democrat caucus — Sens. Joe Manchin of West Virginia and Kyrsten Sinema of Arizona — have vowed to vote against any bill that contains it.

Meanwhile, tens of millions of dollars have also been earmarked for Title X funding for family planning clinics — a move which could restore money to Planned Parenthood.

In terms of the money for the BART extension, the project is a favorite of California Democrat Rep. Zoe Lofgren.

Pleased to join today the FTA Acting Administrator and Silicon Valley stakeholders to announce a federal funding award to VTA for the BART Extension Phase 2 project that will extend service from Berryessa via Alum Rock into downtown San Jose. pic.twitter.com/vzmCwZi56H

So, what does this have to do with COVID? Not a bloody bit. But it has to do with “going big,” and it’s go big or go home, right, Mr. President?

At this point, I’m halfway shocked Biden doesn’t just put a few million in there for Keynesian ditch-digging to jump-start the economy. Full employment, here we come. This won’t assuage anyone who feels ill at ease with the plan’s size anyway, but hey — “we can’t spend too much,” right?

In the meantime, we can use the cover of a coronavirus spending bill to hike the minimum wage, give money to abortion providers and, of course, drop over $100 million on an over-budget rail line through San Jose. It’s amazing how projects that will help mitigate the damage from COVID just happen to be Democrat laundry-list items. How felicitous.

Says It's "Snobbish," "30-Seconds" of Evaluation Preferable, Let Wikipedia Do Your Thinking for You, Less Info is Better

WE HAVE PROOF! MI Radical Sec of State Sent Absentee Ballot Application To Foreign Student Who Attended College In MI For 4 Years...Returned To Taiwan in 2004…Non-Citizen’s Name STILL Remains On "Qualified Voter" List