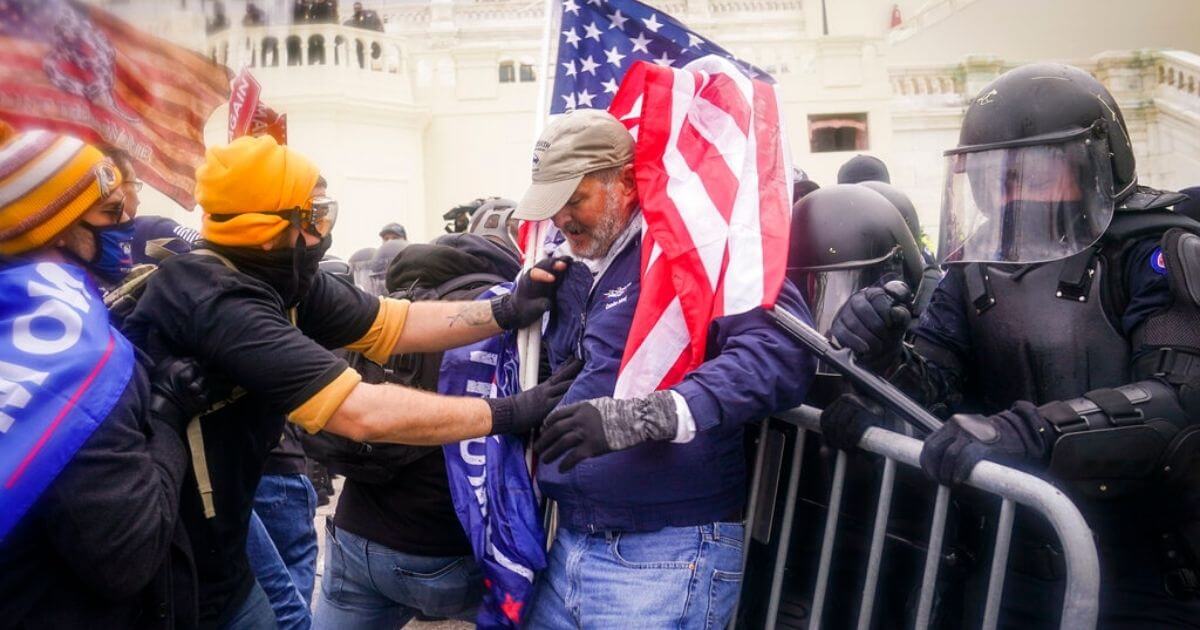 The Biden administration is contemplating whether to charge members of far-right groups involved in the deadly Jan. 6 storming of the U.S. Capitol under a federal law usually used against organized crime, two law enforcement sources told Reuters.

The Racketeer Influenced and Corrupt Organizations Act, known as RICO, enables prosecutors to combat certain ongoing racketeering crimes such as murder, kidnapping, bribery and money laundering. The 1970 statute provides for hefty criminal penalties including up to 20 years in prison and seizure of assets obtained illegally through a criminal enterprise.

The sources, a current law enforcement official and a former official who recently left the federal government, said using the RICO statute to charge people involved in the Capitol violence is being debated within the Justice Department, with no final decision made. The sources told Reuters on condition of anonymity.

The siege at the Capitol left five dead including a police officer. The former federal official said it is not yet clear if cases arising from it meet “statutory elements” necessary for a RICO charge.

“This is something that is being mulled over in the halls of DOJ,” the official added, using the department’s initials.

Biden’s administration has warned that domestic extremism is a growing threat following the Capitol.

“The January 6th assault on the Capitol and the tragic deaths and destruction that occurred underscored what we have long known: the rise of domestic violent extremism is a serious and growing national security threat. The Biden administration will confront this threat with the necessary resources and resolve,” White House Press Secretary Psaki said.

Justice Department spokeswoman Kristina Mastropasqua declined to comment about the potential use of the RICO statute beyond pointing to prior statements by the senior federal prosecutor for the District of Columbia, Michael Sherwin, that he would charge people based on what the evidence showed.

Sherwin has said a wide range of criminal charges are being contemplated, including trespassing, assault and seditious conspiracy.

Do you think there is a double standard between the Antifa rioters and the Capitol rioters?

“RICO was designed to address the Godfather – the person who doesn’t get their hands bloody,” said Jeffrey Grell, an attorney who specializes in RICO law. “You would really only use RICO to go after the kingpins or the leaders.”

Prosecutors have used it against other violent groups, such as one led by Omar Abdel Rahman, known as the “Blind Sheikh,” who was convicted of plotting to bomb the United Nations and George Washington Bridge in New York.

More than 170 people have been charged in connection with the Capitol attack that interrupted the formal congressional certification of electoral votes sending lawmakers into hiding for their own safety.

Obstructing an official government proceeding, the charge some Oath Keepers and Proud Boy members are currently facing, is considered a “racketeering activity.”

Prosecutors in a RICO case would need to show that the far-right groups qualify as a “criminal enterprise” and that members of the enterprise engaged in a pattern of two or more related crimes beyond the Capitol riots.

That could mean looking at whether these groups engaged in similar actions at other events, such as the violent 2017 “Unite the Right” rally in Charlottesville, Virginia, or other violent activities such as storming state capitols.

“Whatever theory they’re pursuing requires looking at the group and kind of zooming out so they can capture a pattern of racketeering activity more than just what happened on that day,” said Kamal Ghali, an Atlanta attorney and former federal prosecutor.

In a RICO case, prosecutors must show a pattern of related racketeering crimes and a threat of continuing criminal conduct.

Democratic Senator Richard Durbin, tapped to become chairman of the Senate Judiciary Committee, is advocating possible RICO charges. A Durbin spokesperson said, “There are multiple statutes currently available for federal prosecutors to use to hold the perpetrators behind the Jan. 6 attack accountable, including RICO, and prosecutors should appropriately evaluate potential charges.”

Whether the DOJ would be able to put together a congruent RICO case against some of those charged remains to be seen. It is worth mentioning that considering RICO charges against Antifa and violent rioters associated with the BLM protests that ravaged our cities all summer was never on the table.

There is no excuse for the violence at the Capitol but the rhetoric from the left classifying Republicans as “white supremacist terrorists” makes the Biden administration’s consideration of this path chilling.

The Republicans have been calling Democrats the radical left. Time to call Republicans the terrorist right?

It makes one wonder what lengths they will go to quiet the conservative voice.