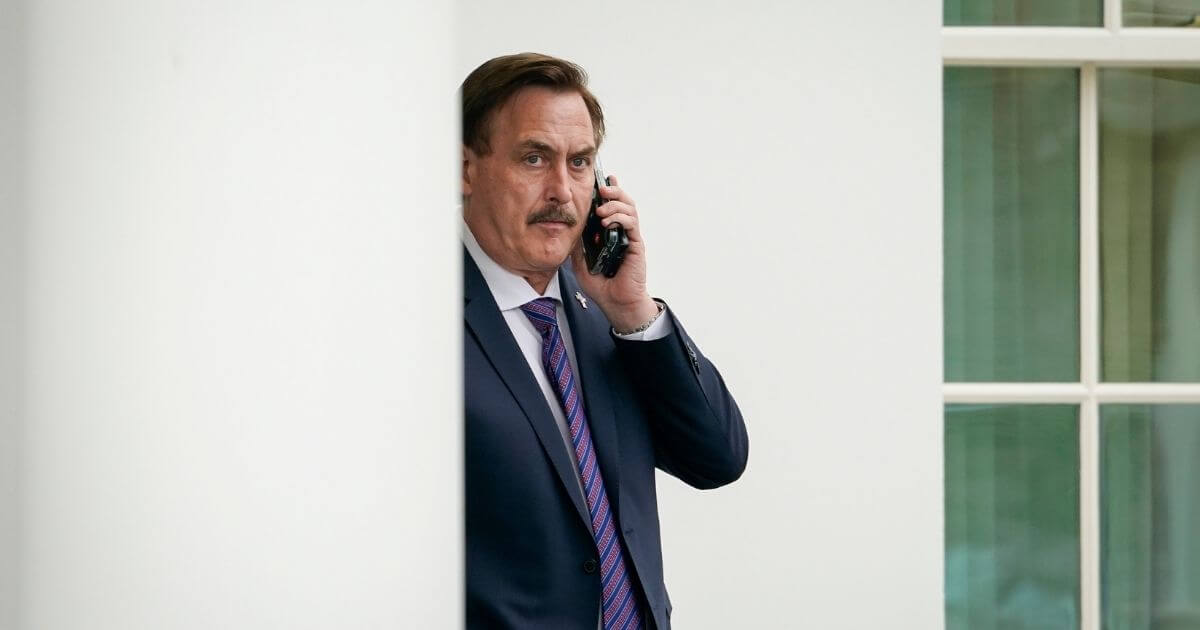 It’s not shaping up to be a great year for a number of high-profile attorneys and personalities who attempted to defend former President Donald Trump in the 2020 election with claims that the voting machines used in several states were rigged to tilt the election in President Joe Biden’s favor.

A number of Trump’s defenders have already been targeted in multi-billion-dollar lawsuits filed by Dominion Voting Systems and Smartmatic. Some of those people include attorney Sidney Powell, Trump’s personal lawyer Rudy Giuliani, attorney Lin Wood, multiple Fox News personalities like Lou Dobbs and Maria Bartiromo and Fox News itself.

According to the Washington Examiner, the latest target is Trump loyalist Mike Lindell, the CEO and well-known commercial king of MyPillow. Lindell has been a prolific pusher of claims that Dominion Voting Systems ballot machines were purposely compromised to give Biden a clear edge in the 2020 presidential election.

While many others believe these claims, the problem is that there hasn’t been a single victory in a single court of law that would back such claims, which has obviously left these people — who had good intentions — open for massive defamation lawsuits, as the companies involved claim that they’ve all but ruined their business and brand image.

“No amount of money can repair the damage that’s been done by these lies, which are easily disproved. Hundreds of documented audits and recounts have proven that Dominion machines accurately counted votes. We look forward to proving these facts in a court of law,” a representative for Dominion said.

Dominion CEO John Poulos made clear that Lindell was just as active in spreading the voting machine conspiracy theories as the rest of the group.

“Despite repeated warnings and efforts to share the facts with him, Mr. Lindell has continued to maliciously spread false claims about Dominion, each time giving empty assurances that he would come forward with overwhelming proof,” Poulos told the Examiner.

“These claims have caused irreparable harm to Dominion’s good reputation and threatened the safety of our employees and customers. Moreover, Mr. Lindell’s lies have undermined trust in American democracy and tarnished the hard work of local election officials,” he added.

Dominion legal counsel Megan Meier, Partner at Clare Locke LLP, accused Lindell of gathering his so-called “proof” from the “dark corners” of the internet, likely a reference to the QAnon movement, as their followers tend to believe pretty much anything they encounter on the internet that satisfies their confirmation bias.

Do you think there was Dominion software was compromised in the election?

“The cartoonish evidence that he offered in his video cannot be reconciled with any level of logic or truth. It would be easy to rack this up as a piece of fiction that is not worth any response — but unfortunately, countless people actually believed it and sent MyPillow some of their hard-earned money as a result. Mike Lindell needs to be held accountable for defaming Dominion and undermining the integrity of our electoral system all the while profiting from it,” Meier stated.

Only time will tell if Dominion and Smartmatic are able to secure victories in their attempts to sue Lindell and the others. It’s too bad that it has to come to this, but they had to know the risks of making such claims without sufficient evidence to convince a judge that what they’re saying is true.