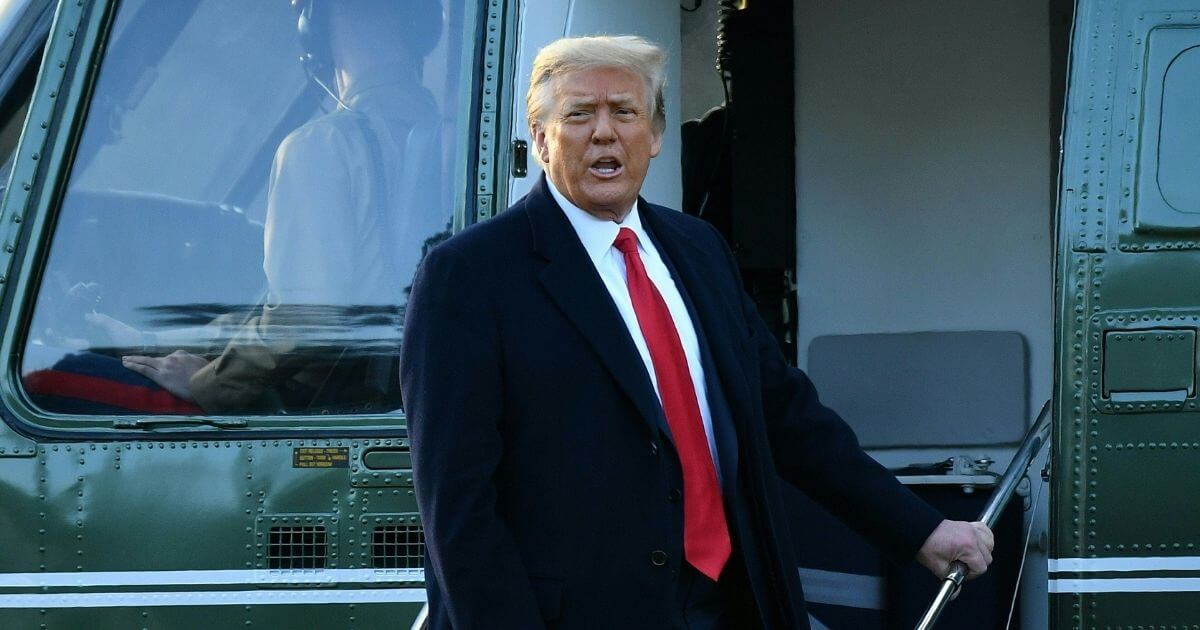 Former President Donald Trump said Wednesday that the Democrats’ failed impeachment effort only made him stronger, as he weighs a possible 2024 presidential candidacy.

Trump would not reveal his 2024 plans during his appearance on the Newsmax TV segment “Greg Kelly Reports,” but said the poll numbers still show that Americans support him.

“I won’t say yet, but we have tremendous support. And I’m looking at poll numbers [that] are through the roof,” Trump told Newsmax.

Trump said any hope that impeachment would relegate him to political limbo has effectively failed.

2024?: Donald Trump on whether he will run for president again, “I won’t say yet, bet we have tremendous support.” @GregKellyUSA https://t.co/VlT7z8drtO pic.twitter.com/pZUxftFBR5

“I’m the only guy who gets impeached and my numbers go up,” Trump said. “Figure that one out.

“Let’s say somebody gets impeached, typically your numbers would go down. They would go down like a dead balloon.”

But after the Senate acquitted Trump’s charges of inciting an insurrection during the Jan. 6 Capitol incursion, the opposite happened, according to Trump.

“The numbers are very good; they’re very high; I think they’re higher than they were before the election, and they were high at the election,” the former president added. “They like the job — we did a great job.”

During the interview, Trump threw a jab at Senate Minority Leader Mitch McConnell, who lashed out at Trump last week after the trial was over, only to have Trump then denounce the Kentucky Republican.

“Republicans are soft,” Trump told @gregkellyusa – “They only hit their own, like Mitch.” https://t.co/xMuMPnPrXY

“Republicans are soft,” Trump said. “They only hit their own, like Mitch.

“If he spent the same time hitting [Senate Majority Leader Chuck] Schumer and [President Joe] Biden, the Republicans would be much better off,” he added, according to Newsmax.

The former president turned his attention to Biden, pushing back against the new administration’s narrative that the COVID-19 vaccine program was in shambles when Biden took office.

“It was already in early November that we announced it, but we actually had it substantially before that. We were giving millions of shots and millions of doses.

“So he was either not telling the truth, or he’s mentally gone — one or the other,” he said.

“Could he be joking? Because, frankly, that was a very dumb statement,” Trump said.

“If you look at what’s going on with Twitter, I understand it’s become very boring and millions of people are leaving,” he said. “They’re leaving it because it’s not the same, and I can understand that.”

Trump said he had been irked by Twitter’s rules.

“We were being really harassed on Twitter,” he said. “They were putting up all sorts of flags. They were flagging almost anything you said, everything I was saying was being flagged. It’s disgraceful.”

“And you have other foreign countries saying the worst things possible and they don’t even talk about it,” the former president said.

“It’s become very boring. We don’t want to go back to Twitter.”