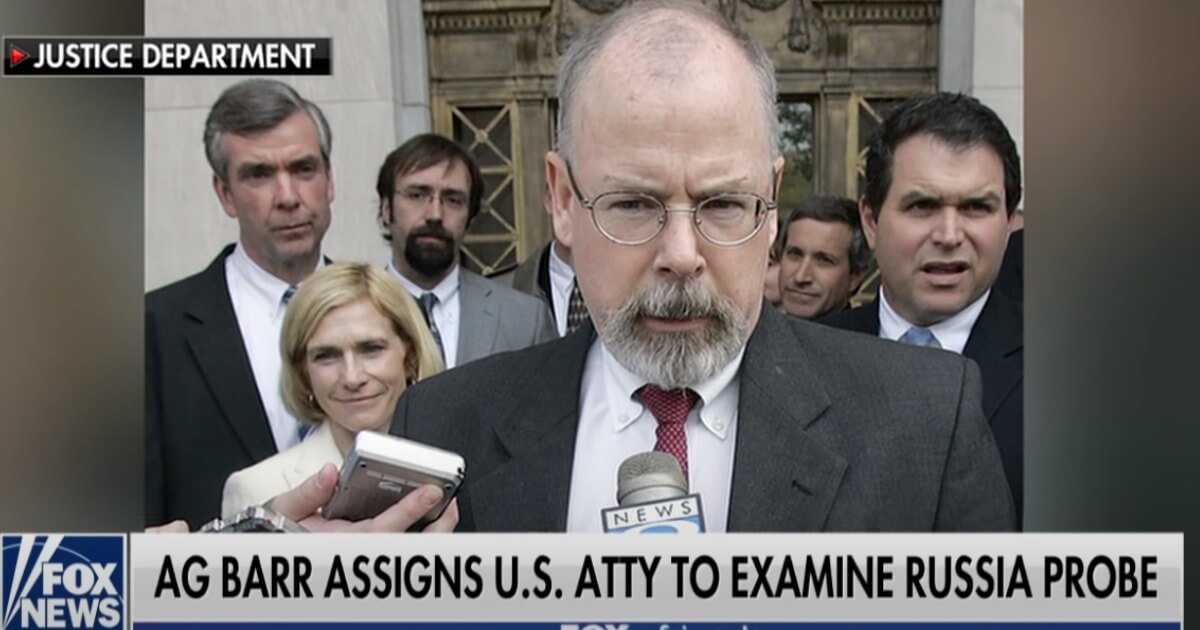 The Fox report states that “sources told Fox News that Durham completed the CIA portion of his investigation last year and has shifted his focus to activities of the FBI.” Now that Joe Biden is successfully installed as president, Special Counsel John Durham’s investigation “shifted” focus from the Obama administration’s role in the origins of the Trump-Russia probe and is now heavily focused on the role the FBI played.

However, Fox News has learned from “sources familiar with the investigation” that the “shifted” focus onto the FBI will “unlikely” include high ranking FBI officials like the snake in the grass, James Comey. The report states that Special Counsel John Durham “completed the CIA portion of his investigation last year.” The report also stated that the Durham team was investigating “new and credible leads” unearthed at the end of President Trump’s first term.

Fox News received a “no comment from Mr. Durham” response from a spokesperson.

The investigation was sold to us by the Republican establishment as a “sure thing.” This was the one that would take down the whole dirty operation. Again, now that Biden is the face of the operation, Conservatives are not likely to see what those “new and credible leads” entailed.

The only “gain” out of the investigation is when Kevin Clinesmith pleaded guilty to making a false statement. However, the swamp is a disgusting place where people that commit treason can get away with it, and people that make memes get the book thrown at them.

The Fox report states that Clinesmith will not receive a punishment for allegedly “altering an email related to the surveillance of former Trump campaign aide Carter Parter.” Clinesmith isn’t even receiving a just sentence after he plead guilty for lying to Durham’s investigators, which normally carries “a maximum term of imprisonment of five years and a fine of up to $250,000,” But Clinesmith “was sentenced to 12 months probation and 400 hours of community service, and no fine.”

They held Gen. Flynn hostage for years before finally letting go of their grip after President Trump pardoned the General before the end of his first presidential term, but the dirtbag Kevin Clinesmith the equivalent of a “slap on the wrist.”

This feels typical for a justice department and judicial branch infamous for turning a blind eye to the elite members of the political and economic establishment. Barr allowed the Mueller investigation to continue and didn’t appoint Durham as special counsel until October 2020.

Fox reports that Durham “is authorized to investigate whether any federal official, employee, or any other person or entity violated the law in connection with the intelligence, counter-intelligence, or law-enforcement activities directed at the 2016 presidential campaigns, and individuals associated with the administration of President Donald J. Trump, including but not limited to Crossfire Hurricane and the investigation of Special Counsel Robert S. Mueller, III.”

Do you think anything will come of the Durham investigation?

This would give Durham the full authority to investigate any federal official from James Comey to President Biden. Special Counsel Durham doesn’t have the backbone to complete that mission. He is likely another longstanding member of the political elites.

It doesn’t matter if Durham thinks what the Obama administration – along with the Justice Department, FBI, and CIA – did to an incoming and sitting U.S. President was wrong. Political elites put down the partisan politics and unite to take down all outsiders that attempt to break into their world.

The establishment is in full control. Let go of any hopes for justice because we won’t see it any time soon. Conservatives will have to hold out hope for a regime change in 2024.