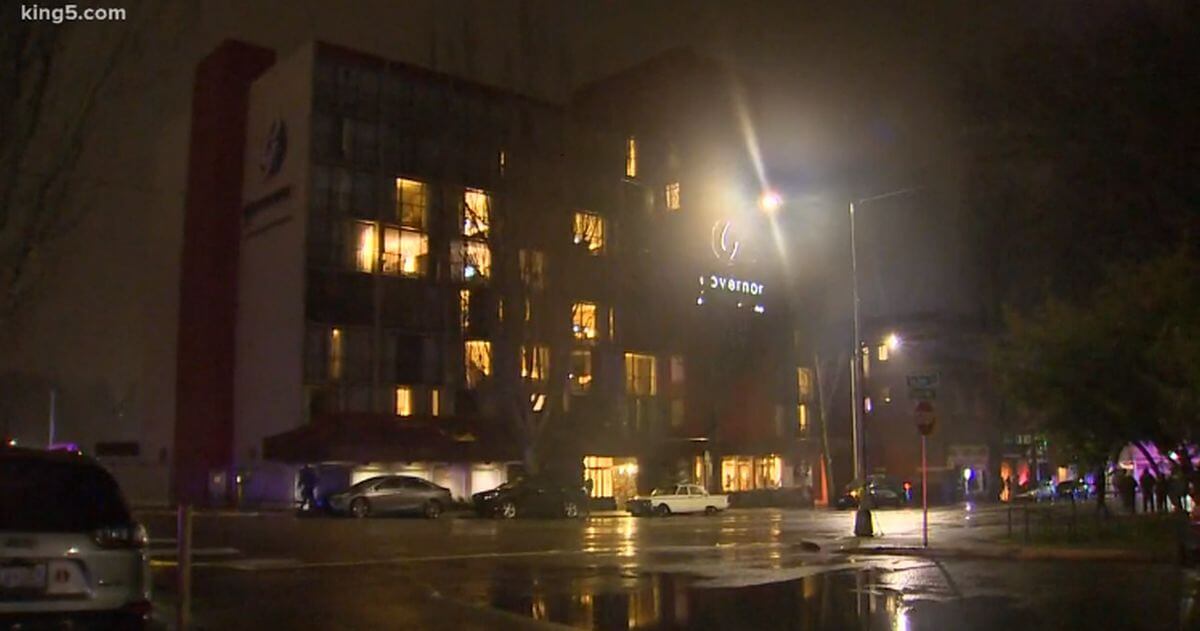 Employees of The Red Lion Hotel in Washington state were forced to shelter in the basement after armed activists began to occupy the hotel, reports Epoch Times. The report states that “at least seven people were taken into custody on Sunday in Olympia, Washington, as law enforcement disrupted an attempt to take over a hotel.”

The Olympia Police Department cleared the hotel floor by floor after the activist entered the building, taking control, forcing patrons and employees to shelter in fear. The Olympia PD expects that the seven arrests were just the beginning, and officials expect more arrests before the operation is over.

The city of Olympia blamed an activist group called Oly Housing Now for occupying the hotel illegally. The group is pushing for “Thurston County to use federal funds to pay for hotel rooms for homeless people over the age of 65.”

The statement released by the group claims that “FEMA provides counties 100 percent funding for houseless people who are over 65 years old or at high risk of contracting COVID to stay in a non-congregate shelter.”

They argued that “not only would this save lives by getting people off the streets, but it would also support local businesses by giving hotels money during challenging economic times.” In a Facebook post, the group wrote, “If Thurston County doesn’t apply for FEMA funds, it’s because they don’t WANT TO. Please tell them how you feel and bring your generous hearts to us! Funds will be used for food, basic hygiene supplies, and other assorted necessities!”

After praising the radicals for their intentions, The Mayor of Olympia Cheryl Selby said, “The tactics used today by Oly Housing Now are unproductive and won’t make the mission more attainable.”

Reporter and radical extremist expert Andy Ngô says that this is the “same people, new group name” as the group, Olympia Anarchist Mutual Aid that is responsible for the occupation of a Travelodge in Fife, Washington last month. This occupation also ended after police were forced to clear out the hotel room by room.

The Fife Police Chief Pete Fisher said that he wants “This group’s actions and the means they used to achieve their goal was criminal in nature and completely unacceptable to the city of Fife, the Fife Police Department and our residents and business owners. I want to be clear that what occurred here was a crime, numerous crimes.”

Do you think there is a double standard when it comes to protests and building occupations?

The Epoch Times reports that video evidence showed that the crowd told officers clearing the hotel to ‘choke and die” on the crowd control munitions the officers were using to clear the hotel. You can hear one woman threaten the officers’ families, saying, “We know where you live. We know where your kids go to school. But we have morals.”

Leftist extremists are allowed to bomb federal buildings, keep schools closed, abort babies up until birth. But the moment a conservative says that the election doesn’t sit right with them, they are labeled an insurrectionist.