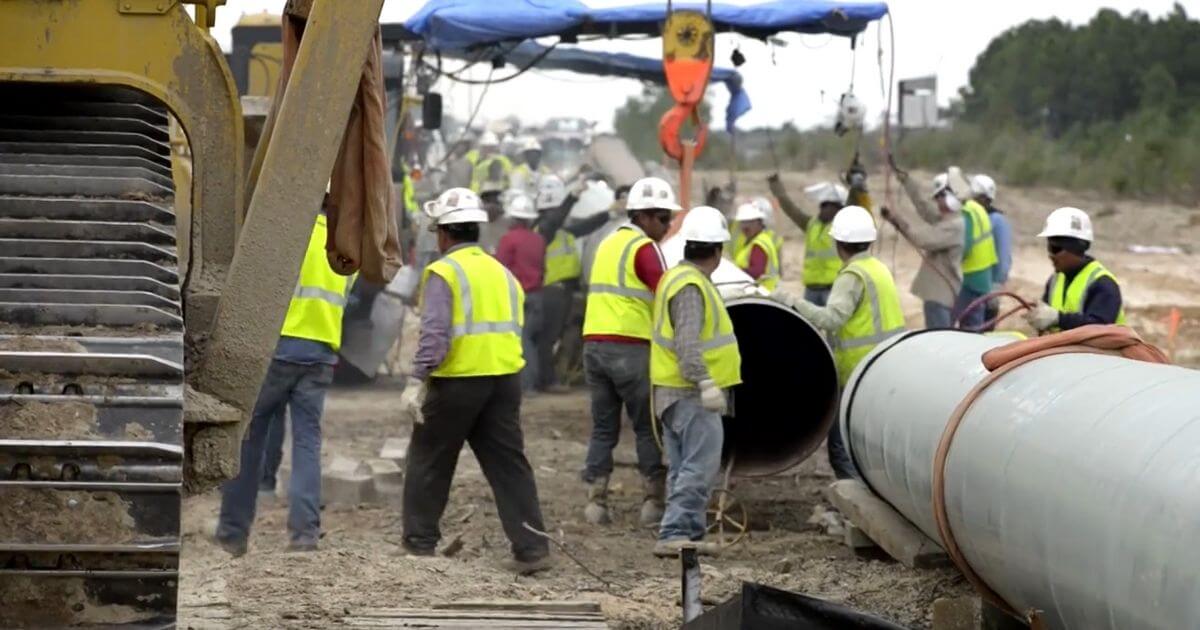 Conflict has broken out between labor unions and environmentalists, two of Biden’s key constituencies.

The source of the conflict, according to Reuters, is oil pipelines, which environmentalists claim threaten the environment but labor unions contend offer jobs.

On his first day in office, Biden issued a lengthy executive order that blocked the Keystone XL pipeline from being built. This sparked reactions from the industry as well as from Alberta Premier Jason Kenney.

Kenney said that either the United States could get its oil from Canada, a close ally, “or it becomes more dependent on foreign oil imports from Venezuela and other OPEC dictatorships in the future.”

Global Energy Institute President Marty Durbin said in a statement, “The Chamber opposes President Biden’s action to revoke the permit for the Keystone XL pipeline. The pipeline — the most studied infrastructure project in American history — is already under construction and has cleared countless legal and environmental hurdles.

“This is a politically motivated decision that is not grounded in science. It will harm consumers and put thousands of Americans in the building trades out of work. Halting construction will also impede the safe and efficient transport of oil, and unfairly single out production from one of our closest and most important allies.”

Besides the Keystone XL pipeline, environmentalists are pressing Biden to close other pipelines, further harming the U.S. economy. Such pipelines include the Dakota Access pipeline, Enbridge Lines 3 and 5 and the Mountain Valley Pipeline.

The Dakota Access pipeline carries oil from North Dakota to Illinois. Contending that the line is operating with an invalid permit, many environmentalists believe the pipeline should be shut down.

Enbridge Line 3, a replacement line in Minnesota, is likewise under attack by environmentalists.

Democratic Rep. Alexandria Ocasio-Cortez of New York has promoted a petition that has more than 100,000 signatures. It calls on Biden to revoke a water permit for the pipeline.

The Dakota Access pipeline and Enbridge Lines 3 and 5 are currently in service.

The Keystone XL pipeline would be a more direct route for oil to pass than the currently existing Keystone pipeline. It would carry 830,000 barrels of oil a day. The pipeline was planned to be privately financed. It would go from Alberta, Canada, all the way to Texas.

Regarding the Keystone XL pipeline, environmentalists have taken issue with the use of the Canadian tar sands, which is a combination of clay, sand, water and oil that can be converted to usable oil. They claim that such oil would be more corrosive than typical oil.

TransCanada, the company behind the pipeline, contends that the Keystone XL Pipeline would bring roughly 20,000 jobs to the U.S. While most of these jobs would be temporary, they would nevertheless be a boon to the economy.

“The Keystone XL pipeline disserves the U.S. national interest. The United States and the world face a climate crisis. That crisis must be met with action on a scale and at a speed commensurate with the need to avoid setting the world on a dangerous, potentially catastrophic, climate trajectory.

“At home, we will combat the crisis with an ambitious plan to build back better, designed to both reduce harmful emissions and create good clean-energy jobs. Our domestic efforts must go hand in hand with U.S. diplomatic engagement. Because most greenhouse gas emissions originate beyond our borders, such engagement is more necessary and urgent than ever.

“The United States must be in a position to exercise vigorous climate leadership in order to achieve a significant increase in global climate action and put the world on a sustainable climate pathway. Leaving the Keystone XL pipeline permit in place would not be consistent with my Administration’s economic and climate imperatives.”

Despite what Biden’s order claims, the U.S. could maintain climate leadership through innovation while at the same time the U.S. economy could benefit from the Keystone XL pipeline.

According to the Department of Energy, the U.S. is the largest producer of oil and natural gas in the world, responsible for 12.3 million U.S. jobs. Further, oil, natural gas and coal provide 80 percent of U.S. energy needs. The oil and gas industry also pays a tremendous amount in taxes, sustaining government programs.

Oil is also used to make an abundance of chemical products, including plastics, fertilizers, detergents and paints.

Biden hopefully will not crack down on other pipelines besides the Keystone XL, but given the influence of progressive radicals in the Democratic Party today, I wouldn’t count on it.