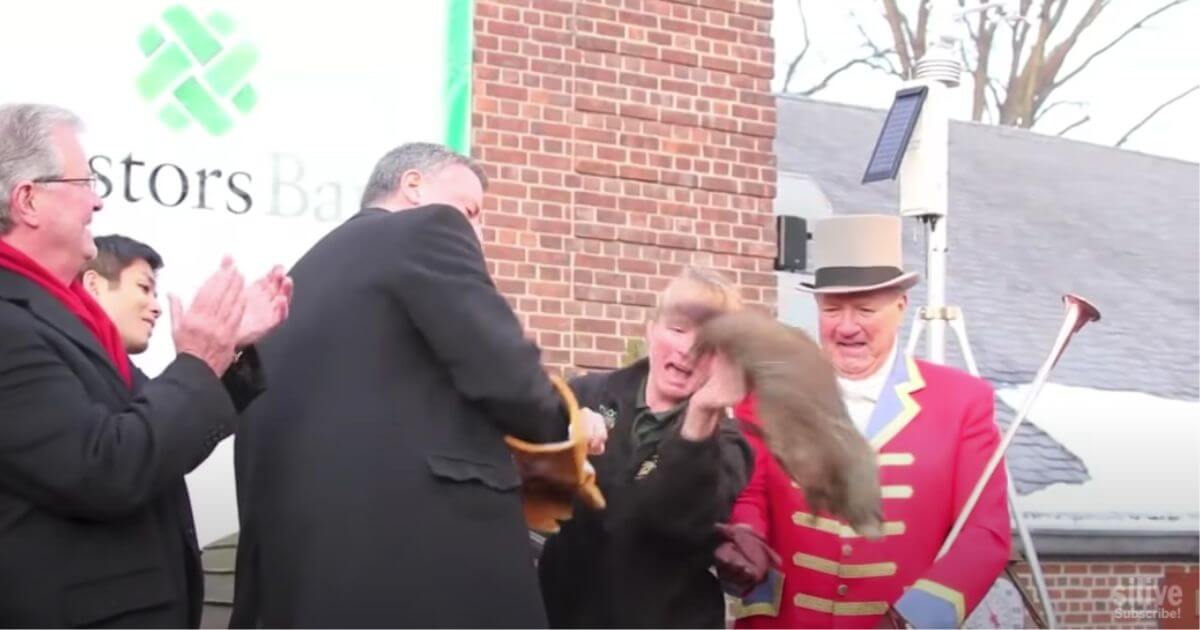 With New York City’s economy in shambles on this Groundhog Day, it seems relevant to recall that before Democratic Mayor Bill de Blasio was killing people’s jobs, he killed the city’s unofficial winter weather meteorologist.

It’s debatable whether a woodchuck is capable of predicting weather patterns. Punxsutawney Phil, for example, doesn’t have a great track record with regard to predictions about the end of winter.

The animal’s supposed prognostications are correct only around 39 percent of the time. That’s good for being less accurate than a coin flip, despite all the pageantry.

Staten Island Chuck, meanwhile, must have been one intuitive rodent. The animal, who was under the care of the Staten Island Zoo, seemingly couldn’t stand being in de Blasio’s arms and made an escape attempt.

Chuck squirmed and fell to the ground and, sadly, sustained some severe injuries.

“Staten Island Chuck was very rowdy this morning,” de Blasio said after the incident in which he dropped the animal.

“Chuck was doing his Marshawn Lynch impression. It was very impressive,” the mayor added, making a reference to the then-Seattle Seahawks running back.

But there were a few secrets from the embarrassing saga that wouldn’t come to light until months later. The Post reported that Chuck was no Chuck at all. De Blasio was actually holding a female groundhog named Charlotte.

Zoo officials feared that the real Chuck would bite de Blasio, so they engaged in a switcheroo. Chuck had bitten de Blasio’s predecessor, Michael Bloomberg, and no chances were being taken.

It was Charlotte who apparently sensed de Blasio was not to be trusted.

It was also revealed that the groundhog died days after falling from the mayor’s grasp.

Seven years ago today, Charlotte the groundhog died of internal injuries a week after attempting a daring escape from the grip of NYC Mayor Bill de Blasio

The Post reported: “The stand-in was found dead in her enclosure at the Staten Island Zoo on Feb. 9 — and a necropsy determined she died from ‘acute internal injuries,’ sources said.”

There was an apparent cover-up of the death. (De Blasio was not implicated.)

But Charlotte’s legacy lives on. The animal’s actions can now be viewed in their full context.

Before escaping from New York City was made fashionable by de Blasio and his anti-business lockdowns, support for Marxist rioters and police budget cuts, a trailblazing groundhog signaled to New Yorkers seven years ago that the Democrat was trouble.

The mayor has presided over an exodus of the tax base from the city that Reuters reported has resulted in around $34 billion in lost income.

Now that New York’s economy is battered and civil liberties are under assault for those left behind, you have to wonder if Charlotte might have inadvertently given her life in order to signal to everyone else that de Blasio should not have been mistaken as someone who was capable of handling even the most basic tasks — such as holding onto an animal.

Either Charlotte was as clairvoyant as an animal can be, or de Blasio is simply so unpleasant that the risk of death or injury was more preferable to her than one more moment in his presence.

In any event, the mayor has likely set back businesses for generations, and he hasn’t done female groundhogs any favors, either.