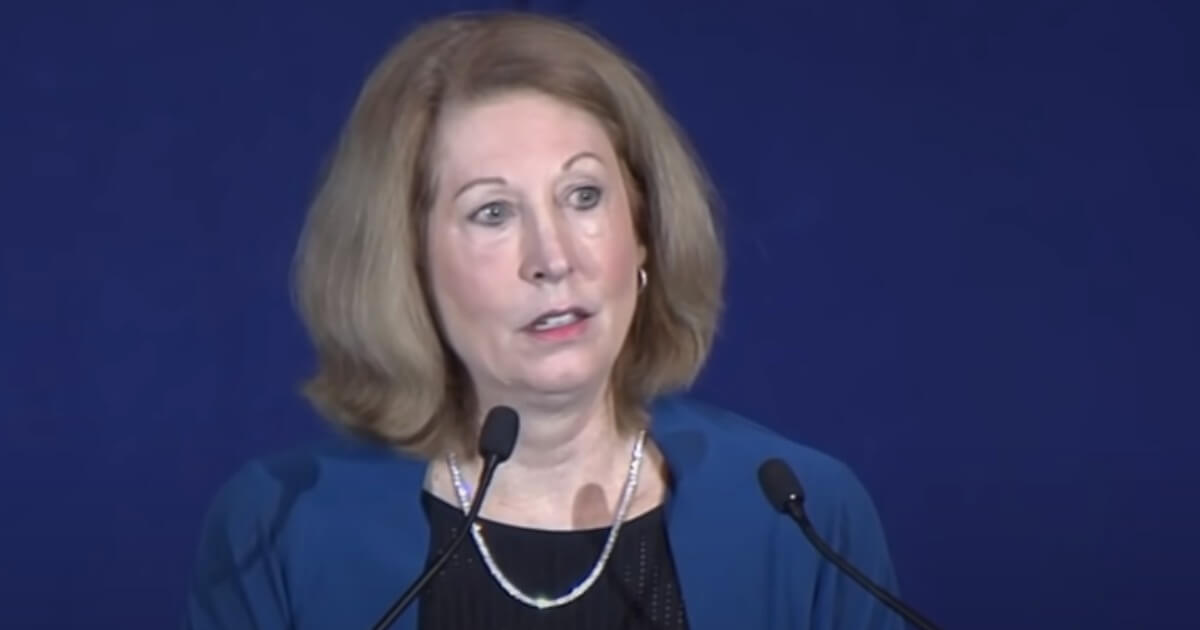 Sidney Powell, the attorney who was one of the most prolific pushers of the conspiracy that voting machines had been rigged in favor of then-candidate Joe Biden, has reportedly caused Dominion Voting Systems a massive headache after she reportedly “evaded” being served papers for the massive defamation lawsuit the company filed against her.

According to the Washington Examiner, Powell spent weeks keeping process servers on the run, which resulted in Dominion racking up a massive bill as they were forced to hire private investigators who had to essentially chase the once-prominent defense attorney across state lines.

A Tuesday court filing indicated as much, saying Powell’s evasion was “forcing Dominion to incur unnecessary expenses for extraordinary measures to effect service, including hiring private investigators and pursuing Powell across state lines.”

But her lawyer, Howard Kleinhendler, had a much simpler explanation, claiming that Powell had recently been “traveling” for work.

“Ms. Powell did not evade service. She regularly travels as part of her work. Unfortunately, for the past several months Ms. Powell has had to take extra precautions concerning her security, which may have made serving her more difficult,” Kleinhendler said, adding, “Ms. Powell had no reason to evade service as she looks forward to defending herself in court.”

Powell and her lawyer have reportedly asked the court for an extension to properly respond to the $1.3 billion lawsuit, requesting that the date be set to March 22.

Dominion hammered Powell and others who pushed similar claims, like Rudy Giuliani, accusing them of causing “unprecedented harm” to the company and its reputation, especially given that none of the accusations were proven in a single court of law out of dozens of attempts.

“Powell’s wild accusations are demonstrably false. … The viral disinformation campaign has irreparably damaged Dominion’s reputation,” read Dominion’s original court filing. “Dominion brings this action to set the record straight, to vindicate the company’s rights under civil law, to recover compensatory and punitive damages, to seek a narrowly tailored injunction, and to stand up for itself and its employees.”

Powell gained a massive social media following in the days and weeks after the election, touting claims of having a “firehose” of evidence that the voting machines were purposely altered in Biden’s favor, with some connection to the CIA and the Venezuelan government… or something like that. It was bizarre, to say the least.

Her “Kraken” lawsuits that were supposed to be the endgame play to secure Trump a victory in at least two of the contested battleground states, Georgia and Michigan, were essentially laughed out of court.

Many on social media have suggested that Powell and others who pushed conspiracies popular among QAnon-believers at least partly contributed to inciting anger among the Trump supporters who stormed the Capitol on January 6.

'I Have No Idea What He's Saying'