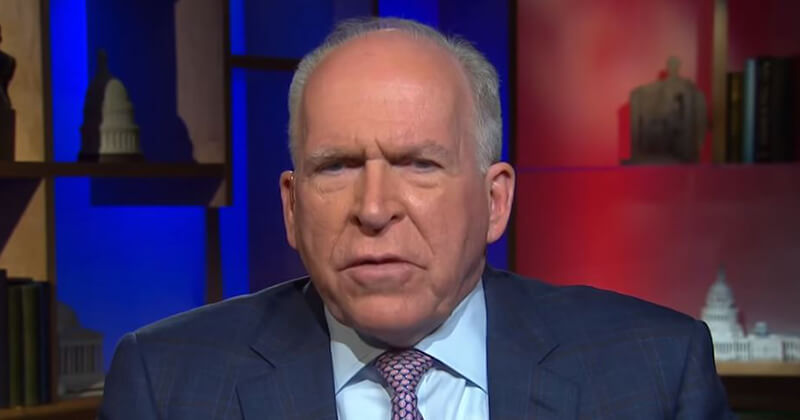 There is nothing more unattractive to women than a weak male. God designed us to be happier with strong alpha males. It doesn’t take an advanced degree to understand why weakness should be chastised. Weak societies do not last.

When I look at Former CIA Director John Brennan, I see a man with the strength of a soggy canned biscuit. Allowing himself to be constantly remade into the image of a postering fool. On Monday, Brennan, who was on MSNBC talking about the Republican’s accounts of January 6, said he is  “increasingly embarrassed to be a white male these days.”

Brennan said that the accounts are false and harm our security. He claims there are “very few exceptions” to this rule of Republicans giving false accounts. He credits  Mitt Romney, Liz Cheney, and Adam Kinzinger as party truthtellers. He said these three are the few Congress members “who value truth, honesty, and integrity.”

If I had to name three Republican Congress members, I wouldn’t trust with our nation’s security; it’s Cheney, Kinzinger, and Romney. Cheney comes from a long line of endless warmongers seeking to benefit from the transfer of wealth when these nations we invade collapse. Kinzinger used Trump to get elected and is now reduced to writing daily “please pay attention to me ” tweets because his political career inside the Republican party is over after voting to impeach Trump. Romney is no different than Joe Biden with his love of foreign money and his many ways of getting it.

John Brennan is best known as the head of the national spying agency responsible for hacking into the Senate computer system to spy on congressional staffers. It wasn’t just to grab intelligence either because, at the time of the CIA spy scheme, the agency’s torture methods were being reviewed by Congress.

Brennan jumped on the anti-Trump train soon after President Trump came onto the scene as Brennan likely saw it as his chance to get back into the swamp’s good gracious. He now argues that the Republican narrative is somehow putting the safety of the same members of Congress that he once spied on in jeopardy.

Rest assured, populist Republicans like Devin Nunes and Jim Jordan don’t care about John Brennan’s take on January 6. John Brennan has lost all credibility, and it speaks to mainstream media that they frequently promote his version of events.

Almost as if the media purposefully puts him on their shows because they know he will willingly spread any lie asked of him. He is so desperate to hold onto the “light” – that being in office and having people respect his opinion brings – that he doesn’t see the bulb dimmed a while back, and now he’s stuck with his old bar neon from college.