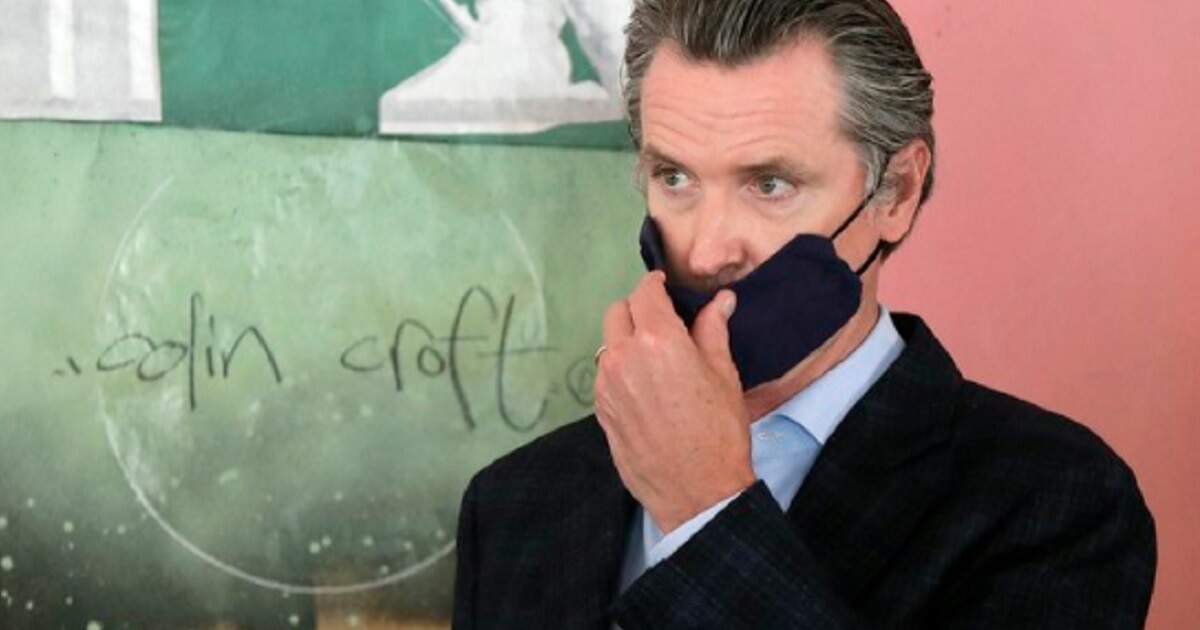 As the effort to recall Democratic Gov. Gavin Newsom of California gains steam, Newsom’s support among Californians is falling, according to a new poll.

Four months after the Berkeley Institute of Government Studies found that Newsom had garnered 64 percent support among those surveyed, a poll by the same group in late January showed that support for the governor has fallen to 46 percent.

Those polled who strongly approve of Newsom’s performance fell from 25 percent to 14 percent.

In addition, the new data shows that 48 percent of those surveyed disapproved of Newsom’s efforts, compared to only 36 percent from the September poll.

“These results should provide a strong warning to the Governor,” the university department co-director, Eric Schickler, said.

“If the recall election does go forward, the state’s response to the pandemic needs to be seen as more successful for the Governor than it is now for him to be confident of the election outcome.”

State rules require that 1.5 million valid signatures be submitted by March 17 for a recall election to be held, KQED-TV reported. Organizers have said they hope to submit about 2 million signatures to the state to allow for any that may be invalid.

According to SFist, about 1.3 million signatures have been garnered to date.

Do you think Newsom should be recalled?

KQED reported that Orrin Heatlie, a former Yolo County sheriff’s deputy who supports the recall effort, said, “The people are being heard loud and clear, and it is not a matter of if we are going to reach our goal necessary that will trigger a recall election of Newsom, it is just when we cross the finish line.”

“During moments of crisis, people need strong, solid leadership, and this governor does not offer that. And the people have lost confidence in his ability to lead,” Heatlie added, according to CBS.

Even the governor’s fellow Democrats admit that amid a listless economy and lockdowns, Newsom has emerged as a focal point for discontent — a fact was fueled in part by November’s incident in which Newsom dined at a swanky restaurant in violation of his own lockdown rules.

Newsom has recently lifted some of his lockdown edicts. However, the governor has called the notion that his doing so was in response to the rapidly growing support for recall “complete utter nonsense.”

“The recall is having dividends right now in forcing Newsom back away from what many Californians feel are arbitrary, unscientific, punitive policies,” Carl DeMaio, founder of the Reform California organization, said.

The Berkeley poll found that only 31 percent of those surveyed said Newsom and his administration are doing either an excellent or good job at handling the coronavirus pandemic overall.

The governor’s pandemic rating had been 49 percent in September — showing an 18 percent drop in a mere four months.

Newsom got even worse marks on getting the COVID-19 vaccine into the arms of Californians, with only 22 percent saying he did an excellent or good job, and 40 percent giving him a poor or very poor rating.

When the poll asked respondents about Newsom’s lockdown orders, the top word choices among the responses were “inconsistent,” at 62 percent, followed by “confusing,” at 60 percent.

The poll was administered online in English and Spanish from Jan. 23-29, among 10,357 registered voters in California. It has a margin of error of approximately +/- 2 percentage points.

Disputing Legitimacy of 2020 Presidential Election During Trial Would Be 'Insane'