Gen. Flynn Says GOP Establishment Is in for a Reckoning 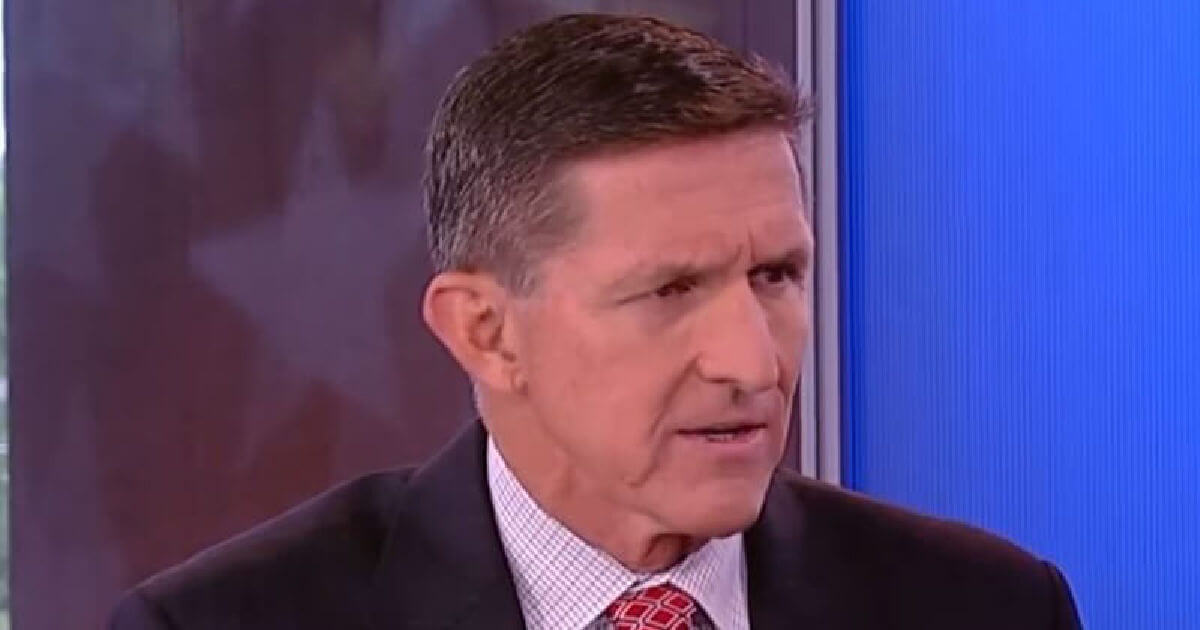 It was a jarring statement. Not hostile, incorrect or in any way antagonistic, but something of a surprise note from a loyal, if short-lived, fixture in the early administration of former President Donald Trump. By all accounts, both left- and right-wing, unwillingness to hold the line had served as an unofficial grounds for excommunication from the Trump camp.

For a prominent ally to emphasize the former president’s flaws was hardly commonplace — but Flynn had a tune to play, and he intended to play it with the highs and the lows intact.

“Donald Trump is not a perfect guy. He never said he was. What he is, is he’s tough. He’s not an establishment guy. He’s a Washington outsider,” Flynn went on.

“And that’s what the American people wanted then, that’s what they wanted in 2020 and I believe in 2024, if we are able to have a free, fair and transparent election.”

The remarks came at the close of an hour-long Western Journal feature interview that saw the general let loose on establishment Republicans for steering back into the status quo at the close of the Trump era.

With Democratic cannons trained on the GOP in light of a deadly Capitol Hill election fraud protest on Jan. 6, longstanding members of the congressional establishment unveiled their escape plan, more than ready to cut the Trump coalition anchors they had long ago deemed dead weight.

Among the escape artists was Rep. Liz Cheney of Wyoming, whose rumored support for a second Trump impeachment left fellow Republicans whispering behind closed doors for several days, many waiting on the House Republican Conference Chair to make a move and provide cover for their own vote to charge the president. When the high-dollar fundraiser finally announced in favor of the proceedings, others waded in behind her.

The decision only served to exacerbate Republican infighting, setting the stage for a days-long quarrel between Cheney, freshman Rep. Marjorie Taylor Greene and a number of other anti-establishment caucus members.

When the dust settled and the dirt had been flung, however, impeachment had passed the House with 10 Republicans voting in favor, and neither Greene nor Cheney was punished by the federal party.

Instead, Greene saw her committee assignments stripped by the Democratic House majority. Cheney, on the other hand, saw her position strengthened, as secret ballot saw the House GOP vote in favor of her continued leadership by a margin of 145-61.

“We should not be embracing the former president,” Cheney told Fox News in light of the vote. “That is a person who does not have a role as a leader of our party going forward.”

Flynn was quick to deride establishment figures for this type of behavior Tuesday, telling The Western Journal that “the establishment is not a good place to be” in the coming 2022 and 2024 Republican primaries.

“I think that the American people, like I said, I think they’re just absolutely tired of everything that they’ve seen in our political establishment. And so if you’re defined in the establishment, woe betide you in this next set of elections.”

According to a Jan. 15-17 Morning Consult poll of 4,400 GOP voters with a margin of error of +/-1 percentage points, roughly 79 percent still supported President Trump in light of favorability dips resulting from the Jan. 6 incursion on the Capitol.

Another 69 percent were found “less likely to vote for a senator who convicts Trump” in a Feb. 5-7 poll of 1,213 likely voters with a margin of error of +/- 2.8 percentage points from the left-wing Vox/Data for Progress, a reality that lends considerable support to Flynn’s suggestion the GOP establishment may be in for a reckoning.

Record Republican turnout in the 2020 presidential election had handed Trump more than 74 million votes, with thousands turning out for the incumbent’s famed campaign rallies, even in throws of a once-in-a-century pandemic.

Flynn went on to tell The Western Journal this loyal support was the result of one thing. It was not shrewd politicking or even policy success that expanded the Republican coalition, the general said. It was “authenticity.”

And if the Republican Party was to prevent a voter exodus, it would need to retain that authenticity, with or without Trump at the helm.

“I’m going to tell you what. One of the things that Donald Trump gave the United States of America was authenticity. Donald Trump was an authentic guy,” the general added.

“People want authentic leadership and leaders do matter. And I do believe that going forward, they’re going to look for that authenticity in the people that they vote for.”