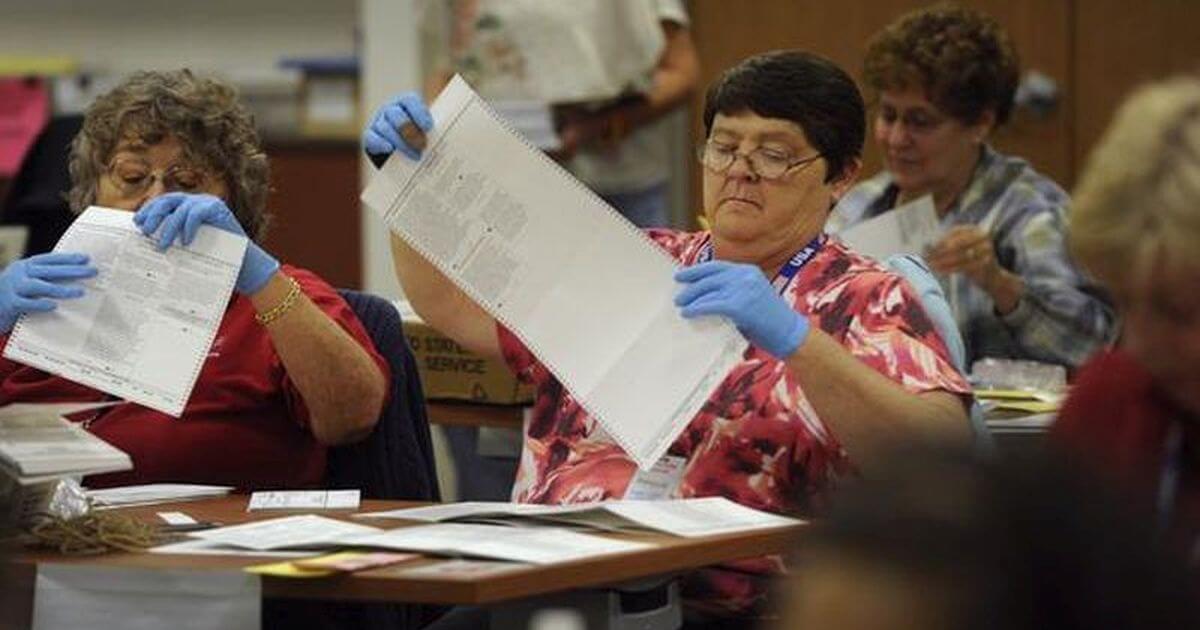 A Georgia judge may allow a government watchdog group to examine absentee ballots cast in November’s election in Fulton County, in the Atlanta metro area, for potential voter fraud.

“A lawsuit filed in Fulton County Superior Court contends that fraudulent ballots were cast and other irregularities occurred as workers counted ballots at State Farm Arena on election night,” The Atlanta Journal-Constitution reported.

At a hearing Monday, Henry County Superior Court Judge Brian Amero, who is overseeing the case, stated he is inclined to allow a review of the ballots by experts hired by Garland Favorito, a voting-integrity advocate with VoterGA.

The judge needs to see a detailed plan first, which maintains the secrecy and security of the ballots, before giving the final go-ahead.

“We want to do this in such a way that dispels rumors and disinformation and sheds light,” Amero said. “The devil’s in the details.”

“I can’t sign an order until such time as I’m satisfied that the manner and method [of review] proposed by the petitioners is reasonable,” he added.

Favorito “says county workers likely fabricated ballots and counted some ballots multiple times on election night,” and the lawsuit cited video of the counting and sworn statements from observers.

State Farm Arena in Fulton County is the location poll watchers were told by election officials counting had stopped for the night, only for surveillance video to reveal it resumed in the overnight hours.

“The press and the party monitors were not given notice that counting would continue into the early morning hours and they should have been,” WXIA-TV reported.

“The secretary of state says one of its monitors was present. The counting of those heavily Democratic absentee ballots did result in a big batch of numbers coming in from Fulton County in the 1 a.m. hour on election night.”

“I remember that distinctly,” said WXIA-TV chief investigative reporter Brendan Keefe, “and that spike in numbers has led Trump supporters to conclude that Joe Biden took the lead because of it. That is not true. Biden was already leading Fulton County significantly before those absentee ballots were counted and he did not take the lead in Georgia until 3 days later.”

Keefe was straw-manning the issue in Fulton County. The concern is not whether Fulton County put Biden over the top that night, but whether any irregularities there contributed to his narrow win in Georgia overall.

So the question for the examiners would be: Was any of the uptick Biden received due to fraud?

In a statement issued by Trump Monday regarding a corrected Washington Post story concerning his push for election integrity in Georgia, he noted, “Fulton County has not been properly audited for vote or signature verification.”

“They only looked at areas of the State where there most likely would be few problems, and even there they found large numbers of mistakes.”

“We are seeking to find and reveal the large-scale election fraud which took place in Georgia. Many residents agree, and their anger caused them not to turn out and vote for two Republican Senators in the January election,” Trump said.

In his lawsuit, Favorito claimed “observers were suspicious of ballots that were printed on a different stock of paper than regular ballots, appeared to have been printed instead of marked by ink in a voter’s hand or were not creased, indicating they had not been placed in an absentee ballot envelope and mailed,” according to the Atlanta Journal-Constitution.

The vote came after digital scanning technology expert Jovan Pulitzer testified that his forensics team would be able to tell if ballots were fraudulent, using technology similar to that which is used by vending machines to identify counterfeit currency.

Veteran poll worker Susan Voyles said in a sworn affidavit that she witnessed many “pristine ballots” being counted in Fulton County. The poll worker explained one particular box she came across contained hundreds of ballots that had no folds and appeared to be filled in by a machine.

Tea Party Patriots co-founder Jenny Beth Martin, who served as a member of the Trump campaign legal team in Georgia, tweeted in November, “9 observers in GA have signed affidavits swearing they saw suspicious mail-in ballots cast for Biden that were in pristine condition and had no creases on them.

“This means the ballots had not been mailed in envelopes as required, according to their affidavits.”

9 observers in GA have signed affidavits swearing they saw suspicious mail-in ballots cast for Biden that were in pristine condition and had no creases on them. This means the ballots had not been mailed in envelopes as required, according to their affidavits. #StopTheSteal

Pulitzer highlighted at the Senate meeting the abnormally high number of adjudicated ballots in Fulton County — over 100,000 of the approximately 525,000 cast.

The Dominion Voting Systems software, which was used in Georgia, classifies ballots in two categories: “normal” and “adjudicated.”

Adjudicated ballots are those that cannot be processed by the machine and are then examined and decided by election officials.

“When the national average for the last elections, 2016, was 1.2 percent — that’s an audited number — 1.2 percent of the total had to be adjudicated.”

The Atlanta Journal-Constitution reported, “In public comments and in court documents, state and county officials say many damaged ballots must be duplicated because scanners won’t process them.

“And they say that ballot scanners sometimes jam, though some ballots get through the scanner before it stops. When that happens, workers scan the ballots again, but they’re not counted twice.”

Last month, an Arizona judge ruled the state Senate can access ballots in Maricopa County for the purpose of conducting a full forensic audit.

It will be interesting to see what the investigators find not only in Arizona, but hopefully in Georgia as well.

We just might get to the bottom of things yet.