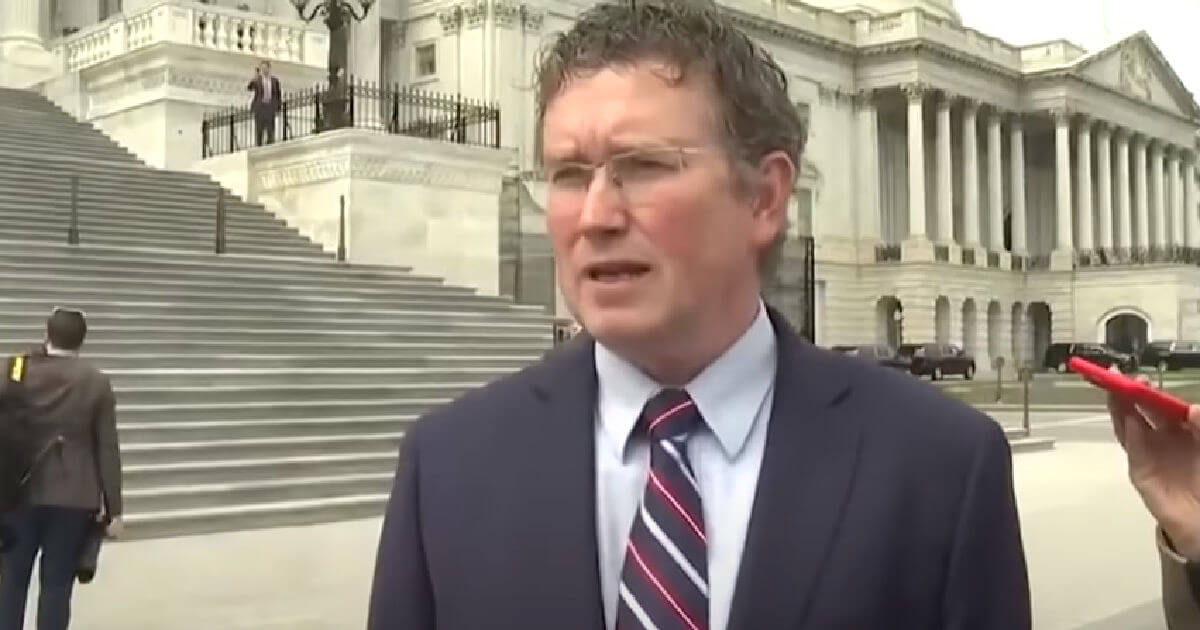 The U.S. Department of Education has been a target of a number of high-profile Republicans in Congress who argue that the federal government has no business interfering in schools and curriculum, arguing that states and counties should have the ultimate say on any matters of education.

According to the Bongino Report, Republican Rep. Thomas Massie made very clear his desire to put an immediate end to the Dept. of Education by introducing bill HR 899, which has a very simple and to-the-point intention: “The Department of Education shall terminate on December 31, 2022.”

That’s it. That’s the bill. End the DOE  by the end of next year. Simple enough, right?

Massie issued a lengthy and well-written statement on why he believes the DOE should cease to exist, which comes in the wake of increased scrutiny on the department over the perpetual debate on whether or not it’s acceptable to send children back to school as the COVID-19 pandemic winds down.

“Unelected bureaucrats in Washington, D.C. should not be in charge of our children’s intellectual and moral development. States and local communities are best positioned to shape curricula that meet the needs of their students. Schools should be accountable. Parents have the right to choose the most appropriate educational opportunity for their children, including home school, public school, or private school,” Massie’s statement read.

There’s an interesting history behind the movement to eliminate the DOE, as the first politician to attempt it was none other than former President Ronald Reagan. He unsuccessfully tried to dismantle the DOE, which was created by his predecessor, former President Jimmy Carter in 1979, in what many believe was a gift to various teacher’s unions in a show of thanks for their support.

This isn’t the first time Massie has attempted to eliminate the DOE. He first introduced the bill in 2017, and later tried it again in 2019, but the bill never had the legs to make it to a full House floor vote.

Although Democrats currently hold the House majority (barely), given the circumstances with COVID-19 interfering with school and other “perfect storm” variables, Massie’s best chance at getting a vote on the bill could come this year.

Do you think the Department of Education should be disbanned?

The bill has also caught the attention of Sen. Rand Paul, who tweeted his support for Massie’s efforts.

Though it’s more likely Massie will have the best chance at making headway on the bill next year if Republicans manage to take back the House, you certainly have to give the lawmaker appropriate credit for his persistence and willingness to spend his political capital on a matter as important as fixing the U.S. education system.

Tampa Mayor Vows to Track Down Maskless Super Bowl Fans, But Here Are Many Photos of Her Maskless