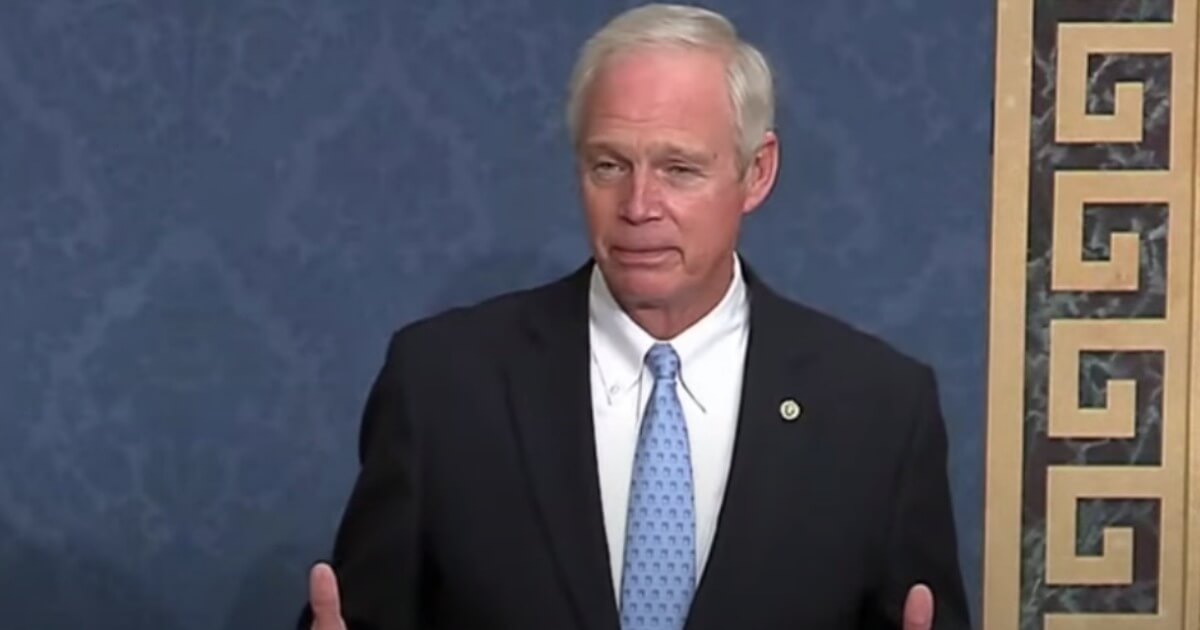 For decades, the GOP has portrayed itself as the party of fiscal responsibility, but when push comes to shove, it has not acted all that fiscally responsible.

Time after time, Republicans have talked a big game about halting massive expansions of government spending, only to roll over and let them happen whenever sticking to their word would require actual guts.

Thankfully, one GOP Senator is legitimately standing up for the American taxpayer and fighting against the Democrats’ monstrous 628-page, $1.9 trillion COVID “relief” bill.

Wisconsin Sen. Ron Johnson told WISN-AM that he intended to “make them read their 600-700 page bill” aloud so that “every member of the Senate has time to read” the legislation and to “highlight that this is not relief and that it’s a Democratic boondoggle,” according to National Review.

Fox News estimated the reading would take about 10 hours, and would then be followed by 20 hours of debate on the bill itself before what is known as a “vote-a-rama,” in which legislators vote on a myriad of changes and amendments.

In essence, Democrats will be in for a rough, unrelenting weekend if they want their “relief” bill to pass.

On Thursday, Johnson made good on his pledge:

Sen. Ron Johnson objects to the dispensing of the reading of the 628-page bill. The clerk(s) will now read the whole thing.

Johnson elaborated that he did not wish to “hurt” anybody, but felt the action was necessary to highlight the absurdity and grossness of the bill.

Some of the absurdities in question include $480 million for the arts and humanities, $1.5 billion for Amtrak, another bridge connecting the United States and Canada and $30 billion for public transit agencies.

We can fight about these policies during better times, but if Democratic governors are going to continue their refusal to re-open, COVID relief should be narrowed down to target what has been most affected by the pandemic.

Unfortunately, instead of reflecting on how their bill could really hurt the country, Senate Democrats appear to be more interested in sniping at Johnson:

Please join me in wishing my great friend @TinaSmithMN a very happy birthday! Ron Johnson making the senate read a 700-page bill out loud into the record may not have been exactly the birthday she wished for, but nothing stops her intrepid spirit! Happy Birthday Tina! 🎂 🎉

Schumer on Ron Johnson saying he’s going to delay passage of COVID relief by forcing clerks read in on the floor:

“We all know this will merely delay the invevitable. It will accomplish little more than a few sore throats for the Senate clerks”

Sen. Michael Bennet: “I wish Ron Johnson would use his time to explain to Trump voters that the election wasn’t stolen … That’d be a good use of 10 hours of Ron Johnson’s time. But instead we’re in a locked-down Capitol and he’s forcing the staff … read a bill.” @MSNBC

“We all know this will merely delay the inevitable. It will accomplish little more than a few sore throats for the Senate clerks who work very hard day in, day out to help the Senate function,” Senate Majority Leader Chuck Schumer said Wednesday on the House floor.

“We Democrats want America to hear what’s in the plan. And if the senator from Wisconsin wants to read it, let everybody listen, because it has overwhelming support.”

Unfortunately, Schumer is probably right — chances are that this $1.9 trillion boondoggle will pass in the Senate on party lines, and Johnson really is only delaying the inevitable.

However, Johnson’s effort is still worthwhile.

First, it indicates to the American people that the GOP is back and ready to fight for taxpayers once again.

Second, there is a small chance that the sheer volume of pork in the bill will sway a moderate Democrat to the side of fiscal responsibility.

Sens. Joe Manchin of West Virginia and Kyrsten Sinema of Arizona in particular are more likely to see the light than most. It could also solidify the vote of moderate Republicans like Lisa Murkowski, who has not yet indicated whether she will vote for fiscal conservatism or fiscal ruin.

Third, it could serve as a valuable reminder to voters headed into the 2022 midterms by making it clear that Democratic Party lawmakers are interested in partisanship and corruption — not in improving the lives of the American people.

No matter what, Johnson is doing the right thing. If the GOP is truly interested in fiscal responsibility, it’s time to act like it.

'He Can't Even Use My Name'

Anti-Trump Rep. Liz Cheney Will Be Primaried In 2022 For Her Seat By Pro-Trump State Lawmaker