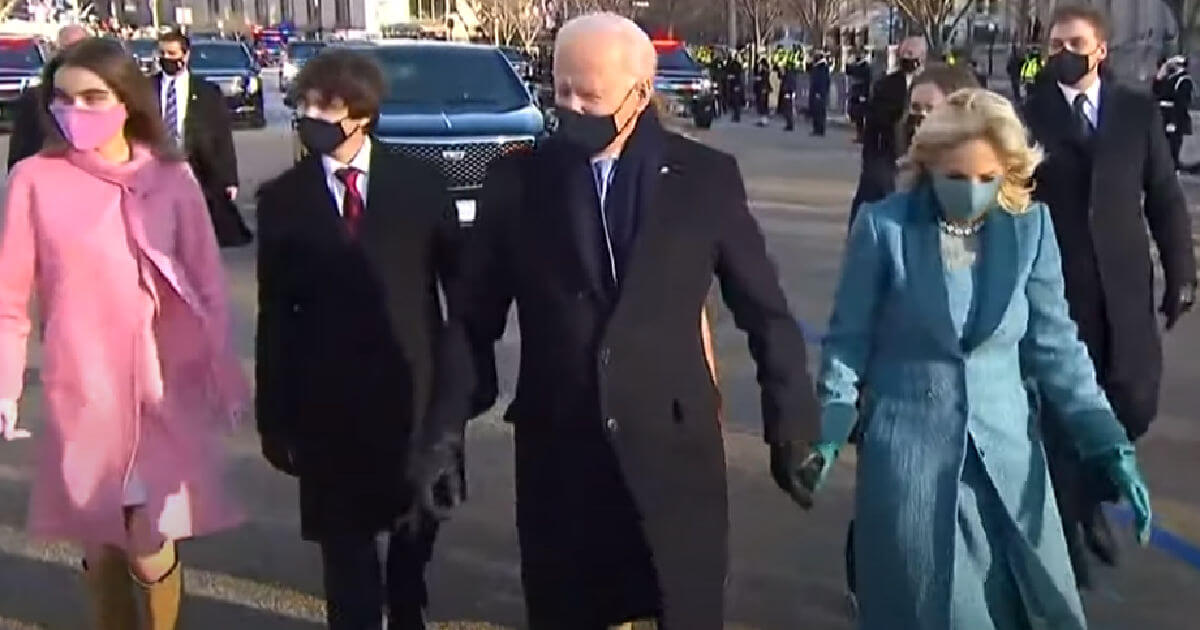 Gun sales spiked in January after the inauguration of President Joe Biden, as Americans continued their nearly year-long purchase of firearms at a remarkably high volume — and one record was completely shattered.

The coronavirus pandemic and nationwide leftist rioting, of course, drove firearm sales and the corresponding background checks to new heights in 2020. But in the first month of 2021, a month that saw an anti-gun Democrat inaugurated as president, it was apparent the demand for guns was higher than ever before.

The FBI reported that last month, it ran 4,317,804 firearm background checks through the National Instant Criminal Background Check System, setting the record for the most background checks ever initiated in a single month.

In June of last year, when people were burning buildings and attacking cops in the country’s streets, the FBI reported 3,931,607 NICS background checks were initiated. That astounding number was bested just six months later.

In December, when it became probable that Biden would assume the presidency, 3,937,066 background checks were reported by the bureau.

But after the Jan. 6 incursion into the Capitol, the bans of conservatives on social media (including then-President Donald Trump) and the apparent coming gun control legislation from the Biden administration, Americans went out and applied for firearms 4.3 million times.

Small Arms Analytics & Forecasting, which tracks and estimates the sales of guns relative to background checks, put the raw FBI numbers into context.

SAAF Chief Economist Jurgen Brauer said, “January 2021 certainly started off with a sales ‘bang’ due to the turmoil surrounding the confirmation and inauguration of Mr. Biden as the new U.S. President.”

“The 79% year-over-year increase, however, was NOT unprecedented — an even higher increase, of just over 100%, was experienced in January 2013, the month Mr. Obama’s second presidential term began,” Brauer said.

NICS background checks, of course, don’t always equate to final firearm sales. There are cases where people change their minds, are put on an FBI hold, purchase more than one gun or are simply denied the right to purchase a gun by the NICS system.

So, how many of those record 4.3 million background checks equated to actual purchases of firearms? According to SAAF, 2.2 million guns were sold legally last month in the U.S., which is a 79 percent increase from the previous January.

The left-wing anti-gun group The Trace, which also tracks gun sales, concurred with SAAF and also estimated that roughly 2.2 million guns were sold in the country last month.

But the anti-gun crowd’s lament should be cause for celebration for all those who hold dear their Constitutional rights.

Americans rightly fear an intrusive and abusive administration might soon come for their most basic liberties, which it has vowed to do. Millions of them have armed themselves and continue to do so — and that’s a silver lining to the Biden election.

The last year has shown that the demand for guns for protection from threats is growing. Law-abiding people saw the devastation of the left’s riots, broader social unrest and, even in some cases, a breakdown of basic service and civility — thanks to the pandemic and the ugliness of human nature.

Now, another threat looms on the horizon: Democrats with legislative and executive power.

“It can’t be discounted that many of these background checks for the purchase of a firearm are attributed to threats by the Biden administration to enact the most radical and far-reaching gun control agenda ever proposed,” Oliva said. “Americans are continuing to purchase firearms at a blistering pace.”

People want to keep and bear arms to protect themselves, their property and their families. They also apparently sense that their right to do so is being threatened, so more and more Americans are pulling out their wallets at gun retailers.