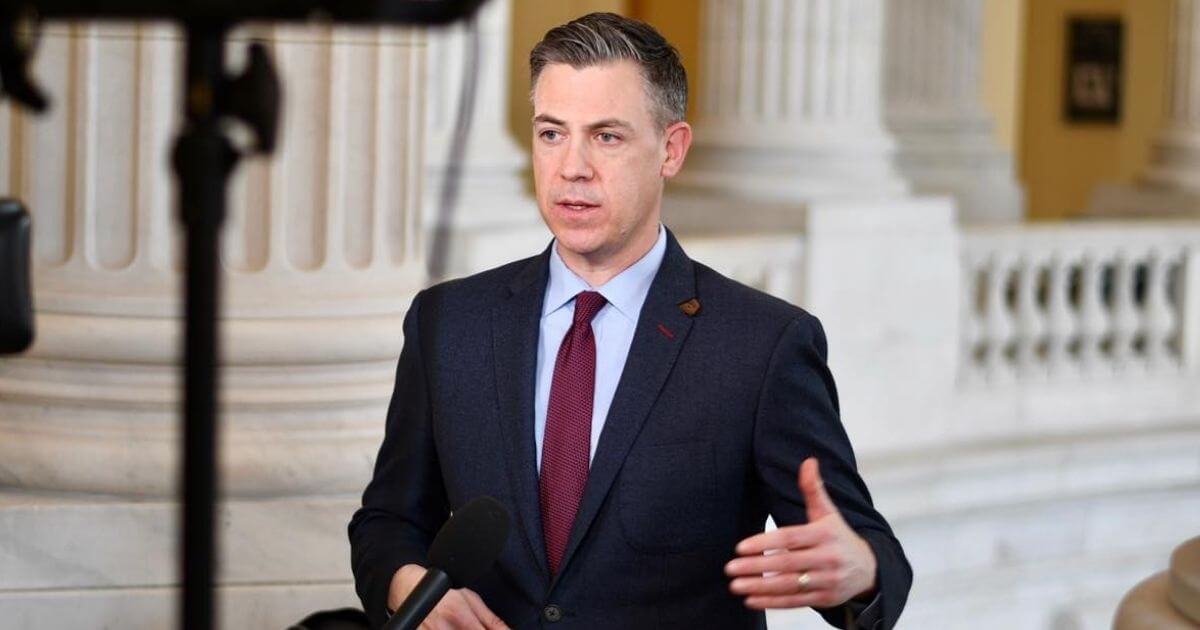 Declaring the Democrats’ COVID-19 relief bill is laden with “special interest pork and other liberal goodies,” the House Republican Study Committee is waging a last-ditch war to block passage of the $1.9 trillion proposal.

In a memo from its chairman, Rep. Jim Banks of Indiana, the conservative group said it aims to bring to light “all the left-wing items Democrats are hoping the public won’t find about,” giving Republicans the chance to stop a bill that has been a top priority of President Joe Biden and House Speaker Nancy Pelosi.

“The RSC is leading conservatives inside and outside the Beltway in opposition to this so-called ‘relief package.’ The more we learn about it, the worse it sounds,” Banks told Fox News. “That’s why we’ve put together a fact sheet to educate Americans exactly how their taxpayer dollars are being spent by Democrats.”

Republican Rep. Steve Scalise of Louisiana has called the bill, which is likely to come to a vote by the end of the week, “Pelosi’s Payoff to Progressives Act.”

The RSC memo said that “Democrats have been hoping the public’s attention has been occupied watching a made for TV show trial of the former president in the Senate” and noted that the bill runs counter to efforts by parents to reopen schools.

RSC memo by The Western Journal

The legislation “[p]rovides $130 billion on top of the $110 billion already given to schools, even if they remain closed. Students, in particular at-risk and low-income students, face lifelong consequences of these closures,” the memo said, adding that the bill “[p]rovides no opportunities for families to receive education funding intended for a student, if the student is not being served by their school districts.”

Teachers unions, which have strongly opposed reopening schools, can now seek Payroll Protection Program funding of up to $10 million, the memo noted.

It also pointed out the package sneaks in an increase in the federal minimum wage to $15 by 2025, which it said would “result in 1.4 million jobs lost, with younger Americans with less formal education being hardest hit.”

The RSC memo said the bill is “[s]oft on China” because it gives “funding to go to colleges that have partnerships with companies that are owned or controlled by communist China” and to colleges partnering with Confucius Institutes, which have been slammed for being indoctrination arms of the Chinese government.

The memo noted that the legislation would send $1,400 stimulus checks to families that include illegal immigrants, keep Planned Parenthood in the pipeline for PPP funds and set aside $50 million for environmental justice grant programs, which the memo calls “a thinly-veiled kickback to leftist environmental groups.”

It said Democrats want to spend for the sake of spending.

“Congress provided $150 billion to the Coronavirus Relief Fund for state and local governments to cover pandemic-related expenses. It is unclear how much of the funds have been spent so far and whether the funds used met the letter of the law,” it said.

The memo noted that bailouts for urban areas are a recurring theme.

100 million dollars for an underground rail system in Silicon Valley.

That’s just one example of things unrelated to the pandemic stuffed into this bill.https://t.co/BBKQvyHzRL

The bill would set aside “$30 billion for transit grants, available through FY 2024, of which $26 billion (87%) would go to urban area transit entities.” The memo noted that this is three times the current spending through the Federal Transit Administration.

Collectively, the memo said, the bill “[p]rioritizes funding based on identity politics while ignoring rural businesses and communities.”

“I Haven’t Thought About It”...Biden Attorney General Nominee Asked If Illegal Border Crossings Should Be A Crime