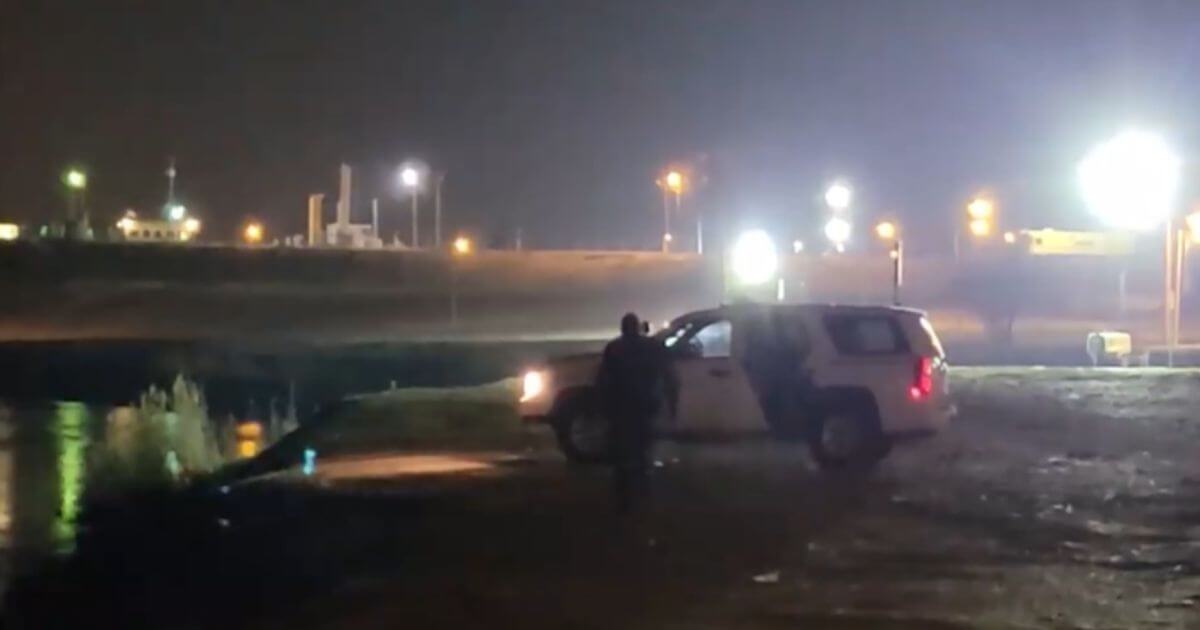 Earlier this week, there was a testy exchange between Fox News White House correspondent Peter Doocy and White House press secretary Jen Psaki over whether the presence of the Federal Emergency Management Agency — usually used to assist in the wake of natural disasters — at the southern border meant the migrant influx in the early days of the Biden administration was a “disaster.”

Psaki didn’t provide a straight answer. Instead, the closest we got was her admission that “this is one of the steps that the president felt would help, not become a final solution, but help expedite processing, help ensure that people who are coming across the border have access to health and medical care.”

“Clearly the numbers are enormous,” she said. “This is a big challenge and it certainly is a reflection of using every lever of the federal government to help address that.”

Just a thought, but the levers involving increasing border security might have been more productive.

Case in point: A video interview published this week by Breitbart with Texas GOP Rep. Chip Roy. The congressman had gone to the southern border in Laredo to show the depth of the crisis there.

He would get an unplanned visual aid in the form of human smugglers who interrupted the interview as they illegally entered the country.

The border is a popular location for news conferences these days for members of both parties. However, nowadays, there’s a bit less of New York Democratic Rep. Alexandria Ocasio-Cortez weeping beside fences.

Roy, instead, was trying to shine a light on the kind of chaos that was happening down at the border right now. He managed to do it, if only by accident.

As he gave his remarks to Breitbart along the Rio Grande, the smugglers were crossing the river. The area in which they entered wasn’t secured by a wall or a fence, just a shallow portion of the river.

It’s unclear who the individual is, but Breitbart reported that he was “a cartel-connected human smuggler.”

“The area of the smuggling attempt does not have any physical barriers such as fencing or walls, making the shallow waters of the Rio Grande the only obstacle,” Breitbart reported.

Meanwhile, the outlet reported that a group of people were about to be arrested. They would instead split up.

“As U.S. Border Patrol agents rushed to intercept the group, the smuggler from the river yelled at them to run back. Some were able to return to the river and make their way back into Mexico while authorities detained two males,” Breitbart reported.

Federal law enforcement reported they were able to track down and detain over 100 migrants who had allegedly entered the country illegally in a matter of hours.

The Roy video can be seen on Breitbart’s website, but the outlet shared a clip of the Laredo action on Facebook.

Now, of course, this isn’t the kind of migrant influx the Biden administration wanted, and it has tried to discourage these migrants from coming in the most desultory of manners.

Guess what? They came anyway, in the most predictable manner possible.

The Trump administration tried tough border security and didn’t make detention a breeze. Joe Biden made it clear that he thought this was disgraceful and that his America would be more welcoming. But not that welcoming yet, Biden said, as it became clear that the border would be overwhelmed.

And overwhelmed it’s been. Even if these are people who’re looking for a better life, as we’re so often told, the process involves human smugglers, most likely connected to cartels.

Is this the state of affairs the new administration wants?

To a certain extent, yes, since the Biden administration has tacitly encouraged this for their own benefit, until it became clear the collateral damage would be impossible to control.

It’s not just the scenes of migrants backed up at the border that’s going to turn Americans off. It’s the fact human traffickers are now entering America illegally with little or no impediment.

Something needs to be done before this gets even further out of hand — because yes, it is a disaster, no matter what the administration is willing to admit.

Cruel And Stupid City Order Cuts Power to Saloon, So the Defiant Small Business Fires Up a Generator