‘I Have No Idea What He’s Saying’ 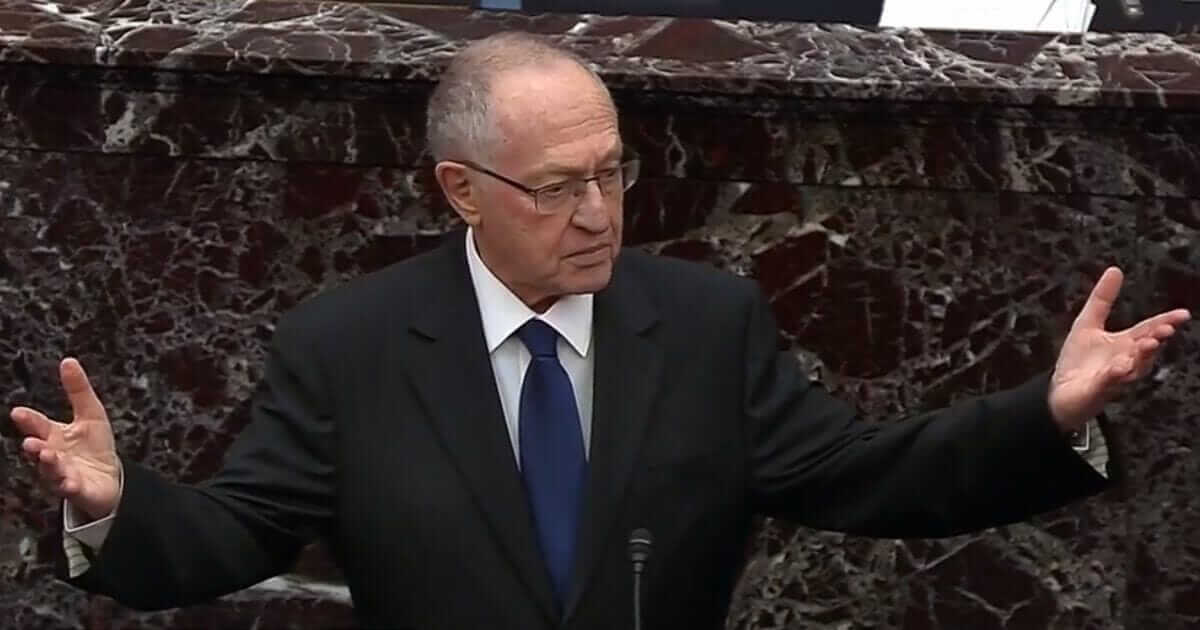 Earlier on Tuesday, former President Donald Trump’s Senate impeachment trial kicked off with a vote on the constitutionality of the matter and included opening arguments from both House impeachment managers and Trump’s defense team.

Bruce Castor, Trump’s attorney who spoke first, was dragged on social media — even by Trump supporters at all levels — for his bizarre ramblings that seemed to go on forever without making even the slightest hint of an argument.

According to the Washington Examiner, retired Harvard Law School professor and attorney Alan Dershowitz — who defended Trump in the first impeachment trial and won — called out Castor’s performance, which was dismal by any standard.

He then doubled down on his criticism of the opening play by Trump’s team.

“He’s introducing himself: I’m a nice guy. I like my senators. I know my senators. Senators are great people,” he added. “Come on. The American people are entitled to an argument, a constitutional argument.”

“That lawyer that you just put on, you gotta get rid of those guys. These people don’t understand. This is a political trial,” Navarro said.

Dershowitz went as far as praising the House impeachment managers for their presentation — not that he agreed with their argument but anyone who was watching and is being honest can say that Democrats won that round, no contest.

“Maybe he’ll bring it home, but right now, it does not appear to me to be effective advocacy,” Dershowitz said of Castor. “Boy, it’s not the kind of argument I would’ve made. I have to tell you that.”

‘There is no argument – I have no idea what he is doing,’ @AlanDersh on Trump’s defense lawyer Bruce Castor ‘talking nice’ to U.S. Senators – via Newsmax TV’s ‘American Agenda.’ https://t.co/VlT7z8drtO pic.twitter.com/7P7uVk5X19

After both sides presented their arguments, it’s clear at this point that Democrats won the first round of the fight, but by no means does it mean that they’re any closer to a conviction. In order for them to succeed, they would need to convince 12 Republican senators in addition to the five that will likely vote in favor of convicting.

Those 12 senators would literally have to self-destruct their reelection chances back home if they sided with Democrats on the matter, which is most definitely not going to happen.

Regardless, it’s not a stretch to assume that it’s going to be a wild week in Washington D.C.