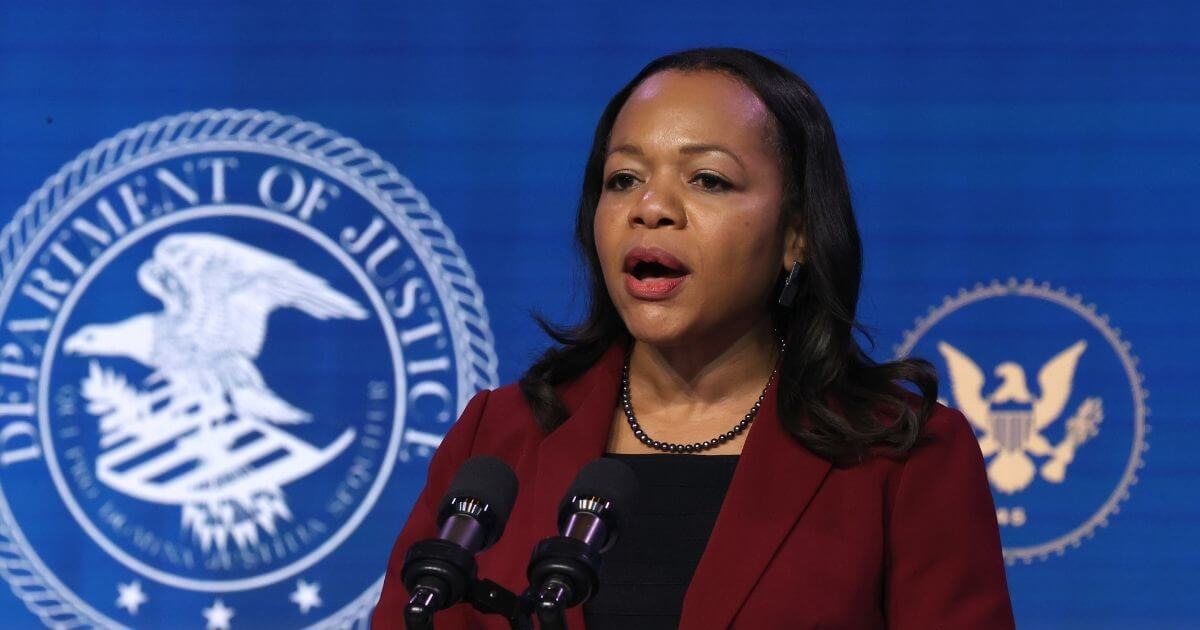 In 1994, an article in The Harvard Crimson expressed great concern at the invitation of author and Wellesley professor Tony Martin to campus.

Martin, who was invited at the behest of the Black Student Association’s president, Kristen Clarke, “used his Harvard forum to denounce the Jewish tradition and the Jewish people for holding a ‘monopoly’ on centuries-worth of the notion of divinely ordained African inferiority,” student Martin Lebwohl wrote.

“Repeating his belief that the ‘so-called Sages’ of the Babylonian Talmud were the earliest racists of recorded history, Martin urged Harvard students to consider ‘The Bell Curve,’ a controversial new book linking race and intelligence, as only the latest manifestation of a racist tradition spawned by Jews.”

Fortunately, there was widespread criticism of these blatantly anti-Semitic remarks. Less fortunately, Clarke doubled down on Martin’s presentation.

According to the Forward, Clarke issued a statement after the event arguing that “Professor Martin is an intelligent, well-versed Black intellectual who bases his information on indisputable fact.”

The very same Kristen Clarke, now president of the Lawyers’ Committee for Civil Rights Under Law, is now President Joe Biden’s nominee to head the Civil Rights Division of the Department of Justice.

It is important to note that Clarke has since apologized for the Martin presentation, saying this month that “giving someone like him a platform, it’s not something I would do again,” according to the Forward.

However, actions speak louder than words, and Clarke continues to openly associate herself with anti-Semites.

According to the Washington Examiner, “In 2019, Clarke signed a petition in support of liberal anti-Semite Tamika Mallory.”

“The former co-chairwoman of the Women’s March, Mallory has praised Louis Farrakhan, refusing to condemn that notorious anti-Semite’s legacy of Jew-hatred. Mallory has referred to ‘white Jews’ as white supremacists.”

This is yet another instance of double standards when evaluating anti-Semitism in the United States.

When Rep. Mary Miller, a Republican from Illinois, agreed with a comment by Adolf Hitler in a speech, she was rightfully condemned.

When Rep. Marjorie Taylor Greene, a Republican from Georgia, propagated anti-Semitic conspiracy theories and tropes, she was rightfully condemned.

Whenever someone on the left makes anti-Semitic remarks (especially if they are an academic), they only seem to receive praise or a promotion.

If Kristen Clarke had been a conservative, she would be never have been remotely considered for a Department of Justice position (even under a Republican presidency). Yet, because she’s on the left, her long history of anti-Semitism is either ignored or shoved under the rug entirely.

This is not a uniquely American problem either. The United Kingdom’s left-wing Labour Party is infamous for its anti-Semitism, usually disguising it as criticism of our Israeli allies.

Sociology professor David Hirsh tweeted Tuesday that “some say it is an error for Jews to include rhetoric related to Israel in a definition of antisemitism. But the fault doesn’t lie with the definition, it lies with the actual phenomenon of antisemitism which is being encapsulated and described,” anti-Semitism which is usually caused by left-leaning politicians and activists.

Some say it is an error for Jews to include rhetoric related to Israel in a definition of antisemitism. But the fault doesn’t lie with the definition, it lies with the actual phenomenon of antisemitism which is being encapsulated and described.https://t.co/2SrW6KX2gA

If we operate under two entirely different sets of principles, the lack of consistency will come back to burn us all.

This could result in legitimate Holocaust deniers getting a free pass as long as they play for the right team.

The silver lining in all of this is that Clarke’s position requires a Senate confirmation. Hopefully, both Democrats and Republicans alike will hold her accountable for her past.

Biden's Latest Climate Actions Will Cause Electricity Prices to Skyrocket, It's a Feature and Not a Bug