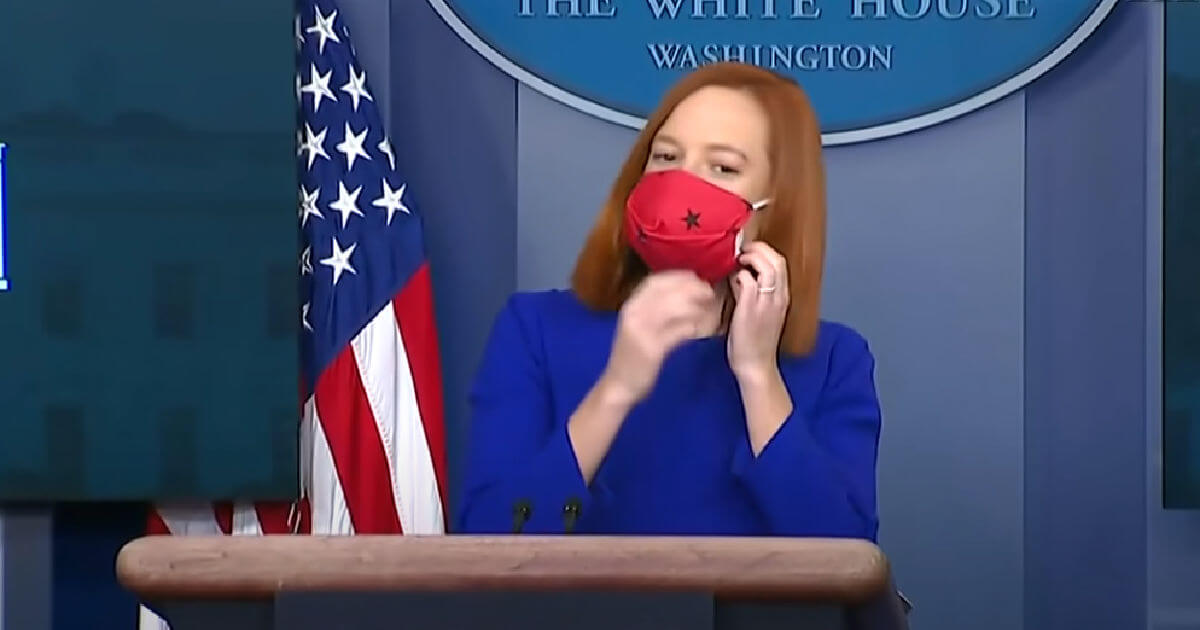 Just one day after evading a question about when Biden will be making his conspicuously long overdue call to Israeli Prime Minister Benjamin Netanyahu, Psaki avoided answering a direct question about whether Israel and Saudi Arabia will still be considered key allies under the Biden administration.

During Friday’s briefing, a reporter asked Psaki, “Can you please just give a broad sense of what the administration is trying to achieve in the Middle East? For example, does the administration still consider the Saudis and the Israelis important allies?”

“Uh, well, uh,” Psaki quickly replied before launching into a signature Psaki Circle Back, which is to say, she proceeded to do anything but actually answer this incredibly pertinent question.

“There are ongoing processes and internal interagency processes,” the notoriously evasive press sec said by way of responding.

“We’ve only been here three and a half weeks, and…I’m going to let those policy processes see themselves through before we give kind of a complete laydown of what our national security approaches will be to a range of issues,” she said in conclusion to this complete and total non-answer.

WOW: @PressSec refuses to say that Israel is an American ally.

There is literally no excuse for this. And might explain why Biden hasn’t called Netanyahu yet. pic.twitter.com/EfMJNN9Ssh

Israel is one of the closest friends that the United States has, and Psaki dodging what should be a very easy question to answer speaks volumes without saying anything at all.

Just one day prior, Psaki only offered a vague “soon” to the question as to when, specifically, Biden will be calling Netanyahu. Critics have noticed that the new POTUS has now reached out to at least 10 other foreign heads of state, including Chinese President Xi Jinping, but still not Bibi.

She noted that Netanyahu was “obviously” someone Biden had a “longstanding relationship with” and that “obviously” the U.S. and Israel have an important relationship on “the security front and as a key partner in the region,” and that Biden would be talking to his Israeli counterpart “soon.”

“I don’t have a specific date or time for you on that call yet,” she added, in case anyone had missed the ambiguity of her Newspeak.

We heard for years that President Donald Trump sold out our allies, yet Biden has made no great effort to reach out to one of our most important friends at a critical period in history in the whole of the Middle East region.

No one could ever accuse Trump of having neglected this key ally. Quite the opposite. Trump fiunally kept a longstanding promise made by his presidential predecessors to move the U.S. Embassy in Israel to Jerusalem, among other things, and Netanyahu himself has said that Israel had “no better friend than President Trump,” as reported by NBC News last year.

Whereas the Obama administration, in which Biden served as vice president, had a notoriously frosty relationship with Israel in large part due to the dangerous Iran nuclear deal that left Israel vulnerable to its most prominent enemy.

Biden wants to revive the nuclear deal. Trump, of course, pulled out of the deal in 2018 much to the chagrin of the Obama-Biden camp.

Middle East experts have argued that the Abraham Accords, which were largely orchestrated by President Trump, have made it all the more precarious for Biden to remake the deal.

National Security expert James Carafano recently told One American News that the move would be “the single most self-destructive act that an incoming administration could make” and that it would “open the door to greater influence by Russia and China.”

No, the Biden administration shouldn’t return to the Iran Deal@JJCarafano explains: pic.twitter.com/YdzqCwnmga

Russia and China just so happen to be two nations whose premier Biden has spoken with since taking office while ignoring Netanyahu, by the way.

Also higher on Biden’s priority list than reaching out to or even signaling strong support for Israel has been to drop a terrorist designation for the Iran-backed Houthi rebels in Yemen (just days before they committed a terrorist attack) and to announce the U.S. will be returning to the U.N. Human Rights Council.

The council, of course, has been disproportionately focused on Israel and consists of member nations known for their heinous human rights abuses, while Israel sits as a lone beacon of liberty and democracy in a region marred with institutional injustice conveniently ignored by today’s pop progressives.

More and more, it appears the Biden administration has the interests of our enemies much closer to its heart than the interests of the American people and our closest allies — and the values that connect us and make us free.

And as Psaki said, we’re only three and a half weeks in.

U.K To Impose "Do Not Resuscitate" Orders For All COVID-19 Patients With "Learning Difficulties"