‘It Doesn’t Have to Be Real’ 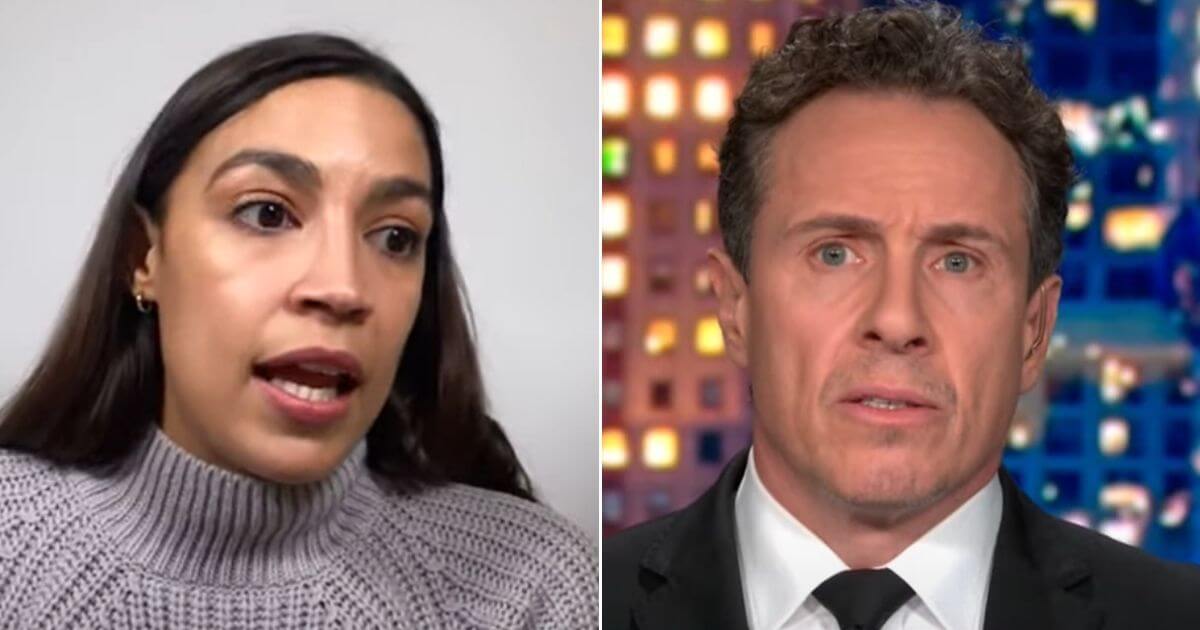 CNN’s primetime hosts jumped to the defense of New York Democratic Rep. Alexandria Ocasio-Cortez after her story about the Capitol incursion turned out to be partially false.

Chris Cuomo and Don Lemon attempted to validate the congresswoman’s story, suggesting that the facts are secondary in reflecting on the aftermath.

“I lived a situation like that, and it doesn’t have to be real, the threat, for you to believe it’s imminent,” Cuomo said Thursday.

“It’s what you believe,” Lemon chimed in.

Cuomo, likening it to when he once wrongly he thought he was under fire in Iraq, says “It doesn’t have to be real, the threat, for you to believe it’s imminent”

Lemon: “It’s what you believe” pic.twitter.com/AQUWodJZ0N

Ocasio-Cortez suggested in an Instagram livestream earlier this week that she was fearing for her life during the Jan. 6 Capitol riot. She came under fire when some conservative commentators pointed out that she was in the Cannon House Office Building, not the Capitol, during the incursion. (It is worth noting that the Cannon building was evacuated due to a bomb threat and that all the buildings in the Capitol complex are connected via a tunnel system.)

Specifically, she said she believed that rioters were banging at her door when it turned out to be police officers.

“This has nothing to do with anything AOC or whatever, but how, I kept trying to figure out how the people who were actually involved in that siege, and all the chaos, could be criticizing someone else who was involved in it. Because they were, because she was explaining how, what she thought was going on in her particular situation. It was just flat-out partisanship.”

He went on to say that he’d encourage conservative media outlets to talk about this “because they look like idiots in the process and people are on to it.”

It is understandable that Ocasio-Cortez, as a high-profile congresswoman, might have felt threatened, but the facts of the situation indicate that she was likely sensationalizing some aspects of her experience.

The fact that her Instagram reflections came a month later (as opposed to closer to Jan. 6) shows that she could have been using this to make headlines, which anyone should hope is not the case.

But some Republicans are not letting this slide, including a freshman congresswoman.

South Carolina Rep. Nancy Mace, a survivor of trauma herself, criticized her Democratic colleague for her story.

“My office is two doors down from AOC. Not at one moment during the events of Jan. 6 did any rioter or any insurrectionist come down the hallways where our offices are located,” Mace said Thursday on Fox News’ “America Reports.”

“This is a deeply cynical & disgusting attack, @NancyMace. As the Capitol complex was stormed and people were being killed, none of us knew in the moment what areas were compromised. You previously told reporters yourself that you barricaded in your office, afraid you’d be hurt,” she tweeted.

I have not once discounted your fear. We were ALL terrified that day.

I’m stating the fact that insurrectionists were never in our hallway… because they weren’t. I deal in facts. Unlike you, apparently. https://t.co/S6CWasKNpY

Cuomo and Lemon’s primetime rants usually have a casual relationship with the truth, and Cuomo’s suggestion that the facts do not necessarily matter in this scenario is concerning.

Thankfully, Republicans like Mace are working on depoliticizing tragedy, even if it ruffles the feathers of AOC and other members of the “squad.”

Most people have sympathy for anyone who may have felt like a target on that horrific day, but one cannot help but think Ocasio-Cortez’s story may be blown out of proportion.