‘It’s Not OK to Doctor a Little Bit of Evidence’ 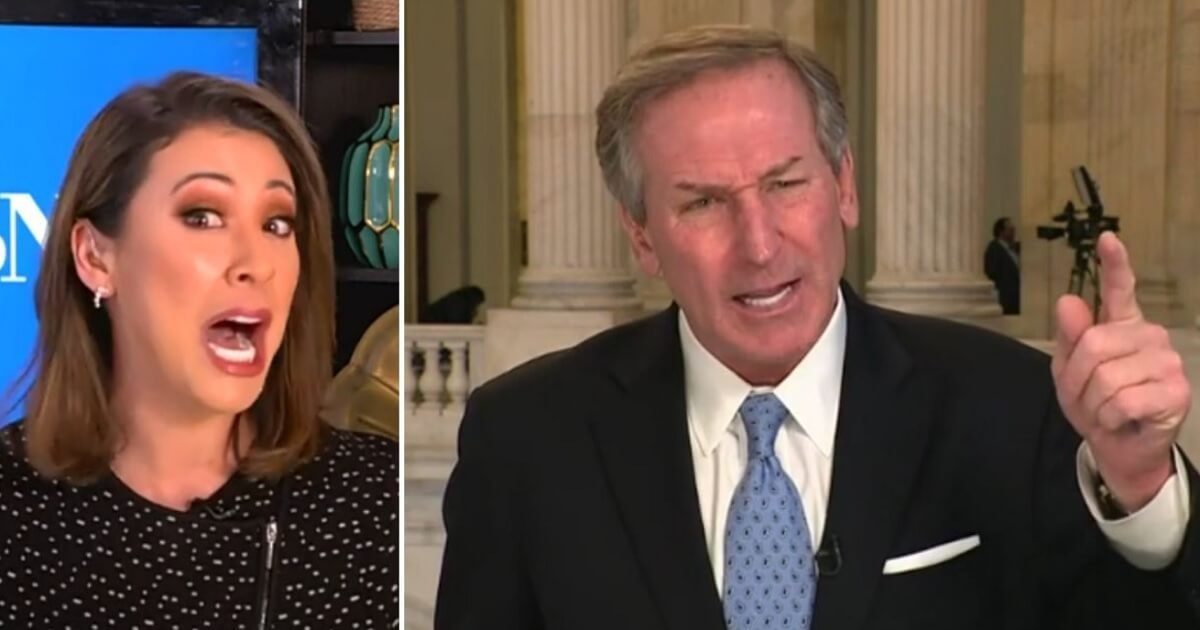 Right off the bat, she asked him about the words spoken by Senate Minority Leader Mitch McConnell earlier in the day. Although McConnell cast his vote for acquittal, he had some pretty damning words for the former president. He told colleagues that Trump supporters had stormed the Capitol because they had been fed lies about the election.

Specifically, McConnell said, “There’s no question … none … that President Trump is practically and morally responsible for provoking the events of the day. No question about it.”

He went on to say that Trump is “still liable for everything he did during his period in office” and even implicated that he may face criminal consequences for his actions on Jan. 6.

Zak asked the attorney, “Were you surprised, though, to hear those words coming from the leader of the Republican Party in the Senate?”

“I’m not surprised to hear a politician say anything at all. No,” van der Veen replied.

Visibly disappointed by his answer, she quickly lobbed another question at him. Making frequent use of the term “insurrection,” Zak asked, “Throughout the trial, you denied that President Trump had a role in inciting the January 6 insurrection at the Capitol. You argued first of all that there was no insurrection, but during your closing arguments, you seemingly admitted that there was, in fact, an insurrection, using that word, saying that that was not up for debate. What role did the former president play … “

Van der Veen quickly corrected her, explaining, “No, you didn’t understand the case. I used the word ‘insurrection’ in my closing argument when quoting the charging documents.”

Van der Veen then turned the table on the unhappy anchor.

“The American people should not be putting up with this. … It was shocking to me.”

In an effort to minimize the claim that evidence had been doctored, Zak sought to clarify.

“To be clear for our viewers, what you’re talking about now is a checkmark that’s a verification on Twitter that did not exist on that particular tweet, a 2020 that should have actually read 2021, and the selective editing, you say, of the tapes. Is that how — is that the doctored evidence of what you’re speaking?”

Zak apparently couldn’t quite believe he’d challenged her like that and tried to defend herself. They began talking over each other, but some points came through clearly.

“It’s not OK to doctor a little bit of evidence,” van der Veen said. “The media has to start telling the right story in this country. The media is trying to divide this country. You are bloodthirsty for ratings, and as such, you’re asking questions now that are already set up with a fact pattern. I can’t believe you would ask me a question indicating that it’s all right just to doctor a little bit of evidence. There’s more stuff that we uncovered that they doctored, to be frank with you, and perhaps that will come out one day.”

Noting that his side had won the case, van der Veen told Zak there should be more that comes out of the trial than just that result.

“Somebody should look at the conduct of these House managers,” he tells Zak.

“The media should be looking at that in a square, straight way. When I watch the news, I watch one station and it’s raining. I watch another station at the same time and it’s sunny. Your coverage is so slanted. It’s gotta stop. You guys have to stop and start reporting more like PBS does rather than a TV news show that doesn’t have any journalistic integrity at all. What I’m telling you is that they doctored evidence, and I believe your question says well, it’s only a Twitter check and changing a year or a date here …”

“The media shouldn’t be letting them get away with it, either. I’m tired of the biased media on both sides, left and right.”

Zak defended her right to ask a question at which point van der Veen, who was becoming more and more disgusted, interrupted.

He removed the microphone and tossed it to the ground.

And that about said it all.