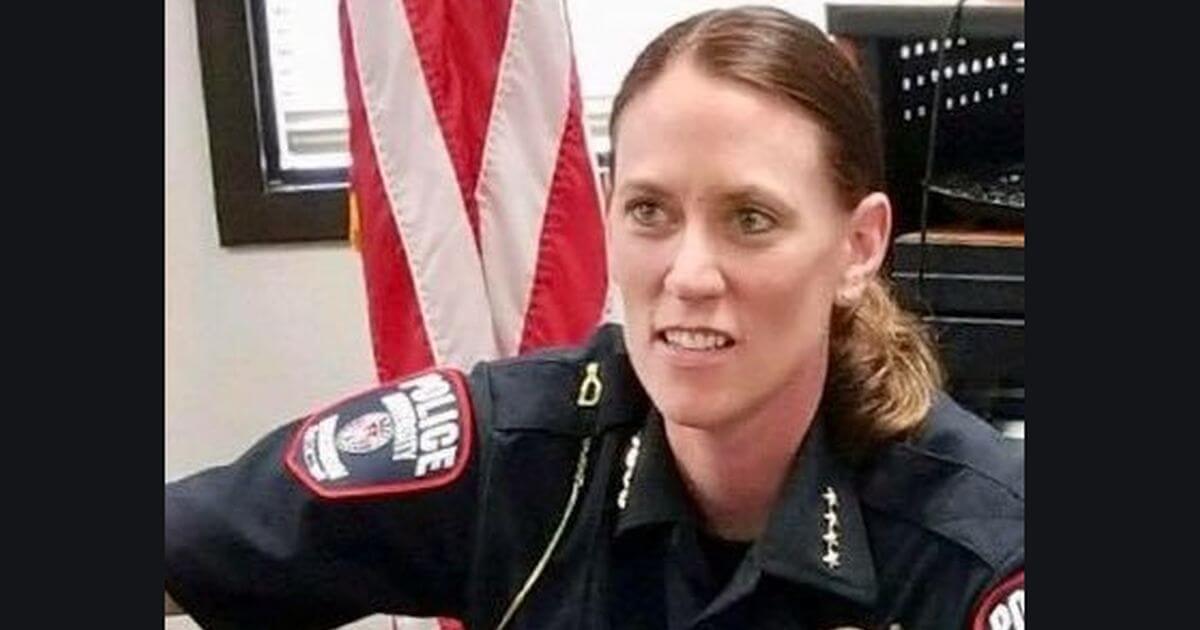 The University of Wisconsin-Madison’s police chief banned the use of “thin blue line” imagery while officers are acting in an official capacity.

The flag that has been seen as a symbol of support for police officers has also been criticized as a symbol of white supremacy and was seen during the incursion of the Capitol on Jan. 6.

Police Chief Kristen Roman wrote in a Jan. 15 email to UW-Madison Police staff that the flag had been “co-opted” by extremists with “hateful ideologies” and asked for her department to distance itself from the flag in order to rebuild trust in the community, the Wisconsin State Journal reported.

“We must consider the cost of clinging to a symbol that is undeniably and inextricably linked to actions and beliefs antithetical to UWPD’s values,” she wrote.

All public displays of the thin blue line imagery — including flags, pins, bracelets, notebooks, coffee mugs, and others — are prohibited under Roman’s recent decision.

Exceptions to the rule include visible tattoos of the flag and potentially flying the flag during events like funerals for officers who have died in the line of duty.

“I understand that this decision may cause emotional responses, even anger from some,” Roman said.

“I, too, feel hurt and disappointed as we confront our current reality. I know this issue is complicated.”

The decision is in contrast to Roman’s defense of her department’s use of the flag in November.

The police department had posted a picture of a group of officers with a thin blue line flag in the background.

It immediately was met with backlash from UW-Madison student activists who said the police department’s use of the flag was “a blatant disregard” of what they were fighting for and that it was “endorsing white supremacy,” Madison 365 reported.

“The ‘thin blue line’ phrase and associated imagery date back decades,” Roman said at the time.

“To many within and outside of the police profession, it symbolizes a commitment to public service and the countless selfless sacrifices willingly made to honor that commitment, up to and including laying down one’s own life to protect the lives of others.”

Her January decision seems to flip this notion, and she noted that officers need to put serving the community first, according to the Wisconsin State Journal.

“At the end of the day, we have dedicated ourselves to a profession that demands service above self,” Roman said.

“As such, relevant community concerns, perceptions, and fears necessarily outweigh our shared professional investment in a symbol that presently separates and alienates us from those we have promised to serve.”

Joe Biden's Climate Actions Set to Increase Electricity Prices By a Lot and it's By Design, a Feature, Not a Bug