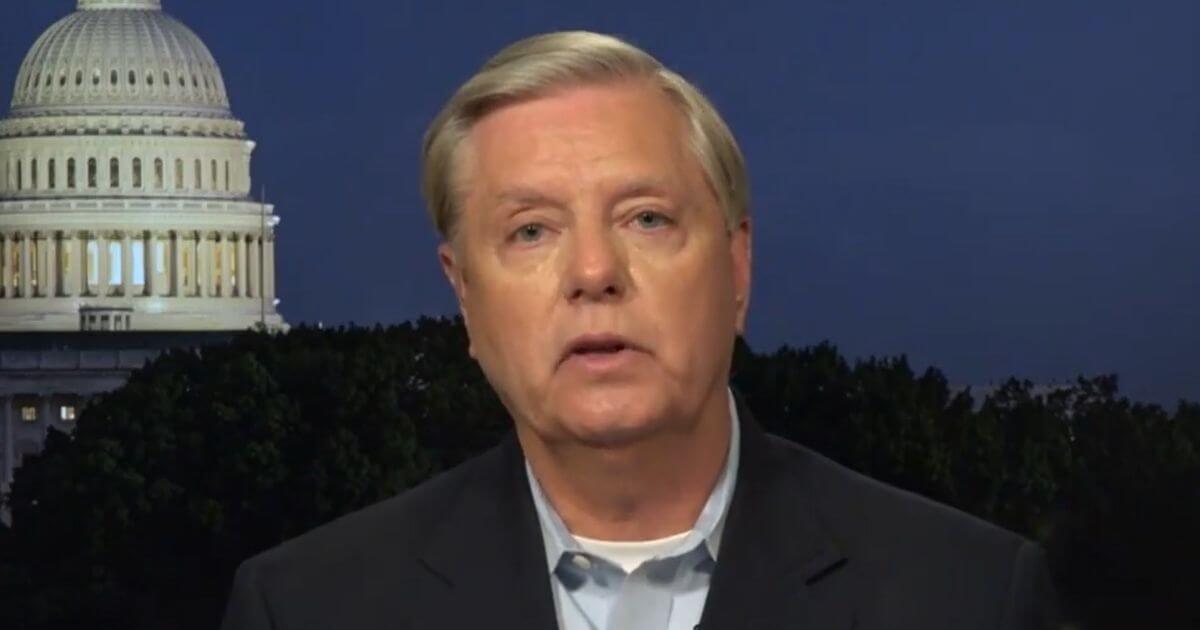 Sen. Lindsey Graham, who — aside from a brief moment of stepping back after the Capitol riots — has been a staunch defender for the bulk of former President Donald Trump, made clear this week that he has a counter-plan if Democrats decide to call witnesses to testify.

According to the Washington Examiner, Graham made crystal clear that if Democrats call witnesses to testify, his side will take the same action and call on Democrats who have done their fair share of “inciting” violence against Trump and his supporters in the past.

“If the House managers want to call one witness, the defense is going to call all those people you named and then some,” Graham said recently when asked if he would call witnesses. Some of the names he was referring to include President Joe Biden, Rep. Maxine Waters, Sen. Cory Booker, Vice President Kamala Harris, Senate Majority Leader Chuck Schumer and more.

Graham also had a sobering message for all of his Senate colleagues, reminding them that this knee-jerk impeachment trial will go down in American history and have profound effects on American politics for the rest of time.

“To my colleagues tomorrow, there are a hundred of us — what we do today is going to make history for the rest of the time America exists. What Democrats have done is basically declare war on the presidency itself.”

As has been rumored in recent days, Trump’s impeachment defense team will likely bring up numerous examples of the aforementioned politicians making what can be labeled as remarks that indicted their constituents to build extreme levels of hate for the former president and his supporters.

One could easily argue that their past words — some of which included directing their followers to purposely harass Trump supporters — were responsible for the many violent attacks on Trump’s supporters that we’ve covered over the years. Remember all of the instances where someone was assaulted just for wearing a MAGA hat or shirt? There are too many instances of that to list here, and that’s something that Trump’s lawyers will likely remind the Senate jurors of as the impeachment trial plays out.

Other pundits and analysts have warned that carrying out the impeachment trial sets a dangerous precedent for the future. In other words, if and more likely — when — Republicans take back control of the House, it shouldn’t come as a surprise if they use their majority to impeach certain Democrats on a whim.

While those revenge plays would feel good in the short-term, it’s truly sad how far politics has devolved in the past few years. Short of a miracle-level even that changes the current direction, it’s not unfair to say that America is in for a number of very dark and nasty years ahead in politics.

Democrats 'Picked the Dumbest of All Impeachment Articles'

By Dems' Standards, Should Kamala Be Impeached for What She Said About Trump Dying?